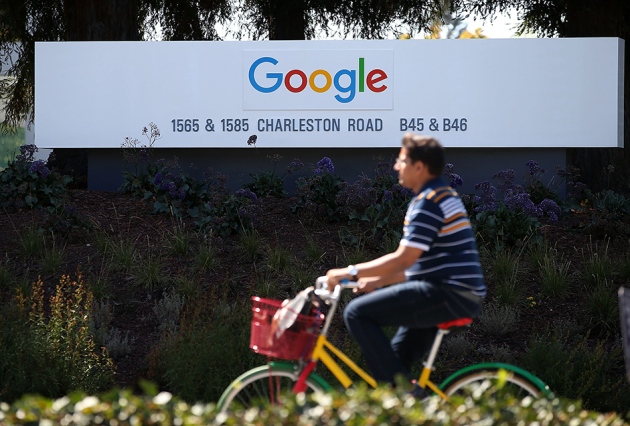 Google provides colourful bikes for employees to ride around its California campus.

Free tasty food, brightly coloured bicycles and high salaries are well-known hallmarks of the Googleplex — Google’s famed headquarters in Mountain View, California. But it was not these perks that led cardiologist Jessica Mega to pause her thriving academic career at Harvard Medical School to become the chief medical officer of the company’s life-sciences team. She was lured by the ambitions of the effort, soon to be incorporated under Google’s parent firm Alphabet. Nurtured by Google’s expertise in data analytics and engineering, the biology team is expected to create miniaturized electronic devices and to use these and other means to collect and analyse more health data, more continuously, than is possible today.

“What I find compelling is the immersion of people with strong technology backgrounds — hardware and software engineers — sitting next to people like myself,” says Mega. “The impact feels very, very large.”

What could derail the wearables revolution?

Mega’s decision to move in March to Google was one in a string of announcements by top-flight scientists and physicians who are enlisting in the mission, and pioneering a new type of career path in the process. Although academic researchers from fields such as computer science and engineering have led innovative Google projects (such as the Internet-connected eyewear known as Glass), Google and other technology companies are increasingly recruiting life scientists as Silicon Valley broadens its reach into health care. “I have a feeling we’re going to see a lot more recruitment of leading lights,” says Eric Topol, director of the Scripps Translational Science Institute in La Jolla, California.

In September, Thomas Insel, director of the US National Institute of Mental Health in Bethesda, Maryland, announced that he would soon be joining Google’s life-sciences company to help develop ways to apply technology in mental health. And last year, molecular biologist Cynthia Kenyon, a leader in ageing research at the University of California, San Francisco, joined the Google-backed biotech company Calico in San Francisco, California.

Cardiologist Euan Ashley of Stanford University, which sits in the thick of Silicon Valley, says that academic data scientists are constantly tempted by the companies that await them just off campus. “They’re being continuously recruited away,” he says. “We’re in competition with Google and other tech companies, and generally they can pay a lot more than Stanford can.”

But money is not the only lure. Silicon Valley offers strong technology resources that are hard to access in academia, Topol says, as well as the opportunity to pursue goals that are difficult to reach for in academia, where scientists are not typically rewarded for pursuing real-world applications. “The resources are exponentially greater than what you can get through academic circles. And the metrics are different: instead of publications, it’s just, ‘Get stuff done’,” he says.

“The resources are exponentially greater than what you can get through academic circles.”

Getting stuff done was foremost in the mind of electrical engineer Brian Otis when he left his tenured position at the University of Washington in Seattle in 2012 to work for Google. He went there to work on a ‘smart’ contact lens for people with diabetes that measures the level of glucose in tears. When the project began, it faced two big questions: first, could the electronics needed to make a functional wireless glucose sensor be embedded in a wearable contact lens? And second, would it provide the relevant measurements of glucose levels? The motivation and means to answer those unknowns was a powerful incentive, Otis says. He recalls thinking: “If I come into Google life with these questions, I have the entire runway and resources to answer these two questions.”

The project was successful; drug giant Novartis licensed the contact-lens technology last year and Otis is now director of the Google life-sciences team’s hardware and medical-device development. “To go all the way from foundational first principles to execution of vision was the initial draw, and that’s what has continued to keep me here,” he says.

Apple, too, has entered the health-care game. In March, it debuted ResearchKit, a framework through which researchers can write apps that collect data from patients’ mobile phones. And in April, IBM launched IBM Watson Health and the Watson Health Cloud, services that use the company’s cognitive computing technology to process large amounts of health data from diverse sources. The service could help physicians to manage patients’ health by streaming data from personal electronic devices, or enable drug companies to manage clinical trials more efficiently with cloud computing. Intel, meanwhile, is developing cloud-computing services to provide more personalized cancer care; and Facebook, Microsoft and Amazon are all also getting involved.

But Google’s approach sets it apart: the company expends more resources on potential health applications and is exploring in more directions than others are. Observers estimate that Google puts more than a billion dollars per year into life-sciences research, although the company says that it does not break down its spending in that way.

Google’s life-sciences team is working on a range of projects that involve developing new ways of monitoring health. As well as the smart contact-lens project, there is the Baseline Study, which aims to collect large amounts of data about people to better quantify health and disease, with the goal of earlier and more-effective preventive care. The company also funds a huge array of external collaborations with academics. Google Genomics, for instance, is studying the application of cloud computing to genomics, and Calico has signed a slew of collaborations with companies and academic institutes.

“They’re reaching out to academia in a way that biotechnology companies often don’t,” says cell and molecular biologist Judith Campisi of the Buck Institute for Research on Aging in Novato, California. That enables scientists to collaborate with Google instead of joining it wholesale.

“For some academics, joining a technology company would be an exciting new opportunity,” says physician Steven Hyman of the Broad Institute of MIT and Harvard in Cambridge, Massachusetts. But it is “not a likely destination for those interested in mitigating risk,” he says. “After all, the life-science goals of the Googles, Apples and Microsofts of the world are likely to change in the near term as the companies explore an area that is new to them.”