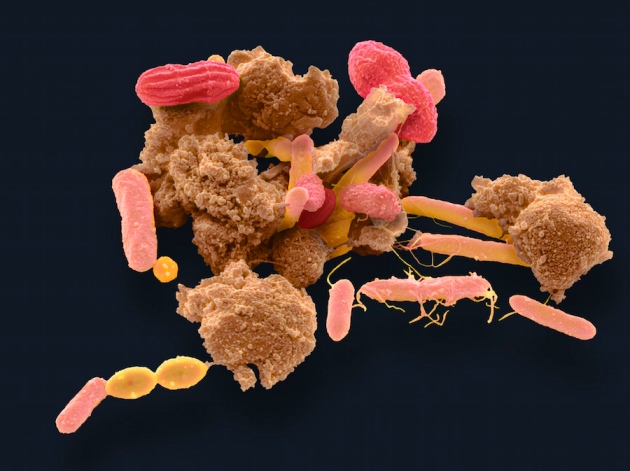 Human faeces are home to a wide variety of microorganisms.

The US government is launching an effort to study the vast, and mostly invisible, array of microorganisms that thrive in the human body and across ecosystems.

The US$121-million National Microbiome Initiative will attempt to map and investigate these collections of microorganisms over the next two years with help from multiple federal agencies, the White House Office of Science and Technology Policy said today.

Private investors will contribute another $400 millionto the effort over several years. Among them are the Bill & Melinda Gates Foundation, which will spend $100 million over 4 years on nutrition and pest-control programmes in developing countries, and several research institutions that will examine the role of microbes in matters such as cancer therapeutics and marine microbiology.

Scientists’ interest in microbiomes has grown in recent years. Improvements in genome-sequencing, imaging and computing tools have begun to reveal the breadth of influence that microorganisms have on areas such as human health, food production and climate change1, 2.

Yet much about Earth’s microbiomes is unknown, says Tim Donohue, a bacteriologist at the University of Wisconsin-Madison and director of the Great Lakes Bioenergy Research Center. “I think we know how to figure out who’s there,” he says. “But we don’t have the tools to generate the knowledge about what they’re doing and how their activities benefit ecosystems or are detrimental to ecosystems.”

The White House project still faces a major hurdle: convincing Congress to approve the full funding proposed by the White House. Its plan for the initiative rests on lawmakers approving the bulk of the funding as part of the government’s fiscal year 2017 budget.

But the Republican lawmakers who control the House of Representatives and the Senate have generally not supported US President Barack Obama’s initiatives. And they may be especially reluctant to devote more money to research on the role of microbes in alternative energy and climate change.

“I think it’s going to be a fight,” says Stefano Bertuzzi, executive director of the American Society for Microbiology in Washington DC.

Under the White House plan, the US Department of Agriculture, which is interested in how soil microbes affect crops and animals, is proposing nearly $24 million for the effort. The National Institutes of Health hopes to add $20 million to the hundreds of millions that it already spends to understand the part that microbes play in infectious disease and conditions such as obesity and mental health. And the National Science Foundation proposes to spend about $16 million to fund a wide variety of microbiome research.

Also joining in are the Department of Energy, which plans to spend $10 million on interests such as the potential for producing biofuels, and NASA, which is interested in searching for extraplanetary life and how microbes affect humans in space.

Few, if any, science initiatives have included so many government agencies, Bertuzzi says. “It’s gotten so complicated and so specialized,” he says. “That’s why we need initiatives like this.”