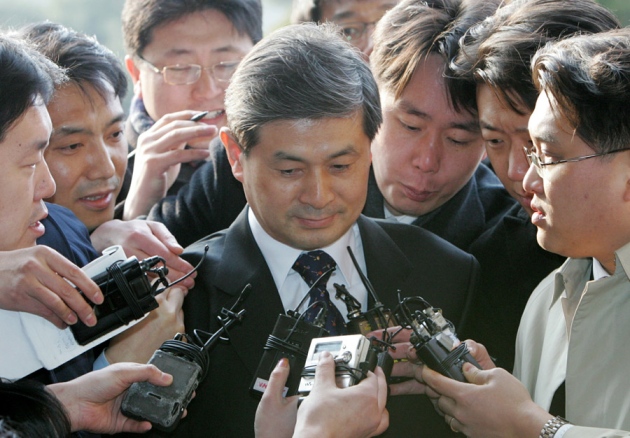 The whistle-blower who played a key part in exposing the fraud of South Korean cloning specialist Woo Suk Hwang has spoken for the first time about his role in the scandal — and the suffering he endured as a result.

Young-Joon Ryu, who was a key figure in Hwang’s laboratory for several years, kept his silence for eight years. But in a blog post in December 2013 and a subsequent interview with Nature, he revealed that he was responsible for initiating the investigation that uncovered one of the biggest frauds in science. He has since received both support and abuse, highlighting just how divided South Korean society still is over the legacy of its fallen hero.

“The nature of the Hwang scandal is the abuse of other people’s sacrifice and other people’s lives for personal success,” Ryu, now in the pathology department at Kangwon National University in Chuncheon, told Nature.

Hwang claimed in 2004 to have cloned a human embryo and produced stem cells from it, potentially opening the way for new disease treatments. In 2006, he admitted fabricating his findings, but despite being convicted of fraud, has since made a controversial comeback (see Nature 505, 468–471; 2014).

Ryu joined Hwang’s laboratory at Seoul National University in 2002, and that year led the team that attempted to create cloned human embryos and stem-cell lines from them. He wrote the first manuscript of an article on the work, which was published with great fanfare in February 2004 (W. S. Hwang et al. Science 303, 1669–1674; 2004). 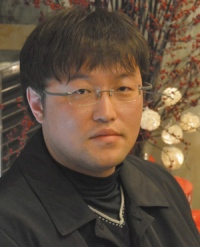 Young-Joon Ryu: “The nature of the Hwang scandal is the abuse of other people’s sacrifice.”

While Hwang basked in its glory, Ryu started to have misgivings about Hwang’s tendency to seek publicity. He also felt that human cloning had little potential for clinical applications. In April 2004, he left the laboratory and soon began work at the Korea Cancer Centre Hospital.

When Hwang’s group published a dazzling follow-up the next year that suggested that the previous proof-of-principle was almost ready for the clinic (W. S. Hwang et al. Science 308, 1777–1783; 2005), Ryu was suspicious. He knew that important lab members had left, yet the team had pumped out 11 embryonic stem-cell lines in a short time. “I knew how difficult it was,” he says. “It wasn’t logical.”

He then heard that Hwang was preparing a clinical trial for a 10-year-old with a spinal-cord injury, whom Hwang had promised to make walk again. Ryu had known the boy and worried that a trial could hurt him. “I was furious,” he says. “I wanted to stop all of that.”

Lacking evidence and worried that his identity might be revealed, Ryu baulked at approaching the university or police. Instead, on 1 June 2005, he e-mailed television network Munhwa Broadcasting Corporation (MBC) to recommend an investigation.

MBC producers were initially intimidated by Hwang’s star status, but decided to work with Ryu to develop their case. A first programme on the subject, about ethical violations in the way that Hwang recruited egg donors, aired on 22 November 2005, and forced a confession from him. A storm of support for Hwang ensued. A second programme, concerning the fraudulent research, was postponed after sponsors withdrew support for the TV network and producers faced legal and physical threats. But suspicion was mounting. Posts on the website of the Biological Research Information Center (BRIC), in which volunteers noted errors in the papers, helped to force Seoul National University to open an investigation. By the time the second show aired, on 15 December, Hwang’s fate was sealed.

Ryu’s identity was leaked after MBC’s first programme, and his worst fears about the militancy of Hwang’s supporters were borne out. Ryu says that they hacked his blog and sent threatening e-mails to him, his employer and his wife, another former researcher in Hwang’s laboratory. On 6 December 2005, Ryu resigned from his hospital job under pressure.

Ryu, his wife and their 8-month-old daughter went into hiding for the next six months. “We cried a lot,” says Ryu. It was 2007 before the ostracized Ryu could find paid employment, as a pathology resident at Korea University in Seoul.

On 23 December 2013, Ryu posted a note on the BRIC site to thank those who supported him and signed off with his real name. Some 8,000 people viewed the post, which garnered a few dozen sympathetic comments. But then the story was picked up by a local newspaper and the tone changed. Of more than 1,000 comments on the popular Daum news-aggregator website, 90% have been negative. Online commenters have said that by “revealing a petty truth”, Ryu caused South Korea to “fall behind in the stem-cell business”. Another accuses him of “satisfying his arrogance” while “seriously injuring the nation” as the “entire project was stolen by other nations”.

Ryu says that he has no regrets about what he did. The scandal did not ruin his faith in science either. He completed a PhD in bioethics and safe research in 2011 and is now pursuing a doctoral degree in animal reproductive biology at Seoul National University.

The episode shows how whistle-blowing still carries risks, especially for junior researchers, says Bernd Pulverer, head of scientific publications at the European Molecular Biology Organization in Heidelberg, Germany. “The Hwang case was a wake-up call for many journals to police [fraud] more seriously,” he says. But he adds that “little has formally changed regarding the protection and encouragement of constructive whistle-blowing”.