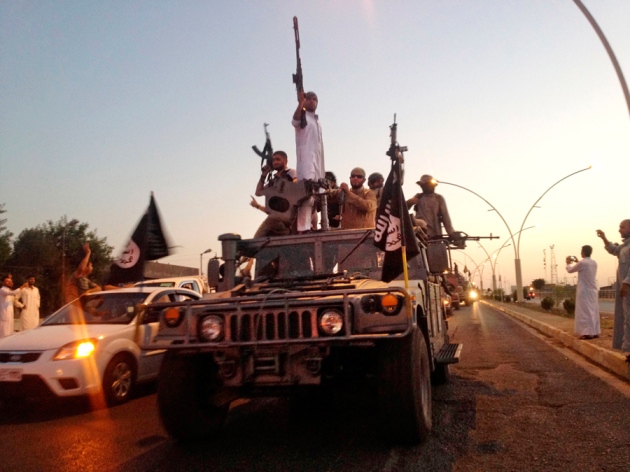 Members of the Islamic State group in a commandeered Iraqi security forces vehicle in Mosul, Iraq.

What happens in the brains of people who go from being peaceable neighbours to slaughtering each other on a mass scale? Back in 1997, neurosurgeon Itzhak Fried at the University of California, Los Angeles, conscious of the recent massacres in Bosnia and Rwanda, described this switch in behaviour in terms of a medical syndrome, which he called ‘Syndrome E’ 2. Nearly 20 years later, Fried brought sociologists, historians, psychologists and neuroscientists together at the Institute of Advanced Studies in Paris to discuss the question anew. At the conference, called 'The brains that pull the triggers', he talked to Nature about the need to consider this type of mass murder in scientific as well as sociological terms, and about the challenge of establishing interdisciplinary dialogue in this sensitive area. 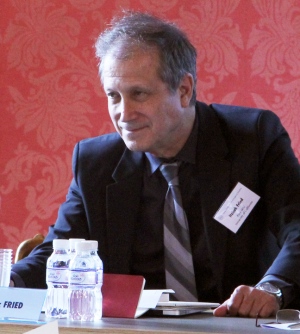 Neurosurgeon Itzhak Fried wants sociologists and neuroscientists to together address some difficult questions.

On which data did you base your hypothetical Syndrome E?

Historians had analysed personal accounts from numerous massacres, such as of Armenians in 1915, the European Jews in the Second World War, Cambodians during the Pol Pot regime and the ethnic killings in Bosnia and Rwanda in the 1990s. I also gathered information from the few social-science experiments available at the time, such as the famous Milgram experiment [which studied the willingness of someone to inflict on another when obeying authority figures]. I was particularly struck by Christopher Browning’s 1992 book Ordinary Men, which described the testimony of hundreds of middle-aged, non-politicized German reservists who were taken to Poland in 1942. In a short time, most became efficient killers, participating in the shooting of 38,000 Jews who had been rounded up by the Nazis, and herding 45,000 more into trains destined for the gas chambers. Their commander allowed the reservists to opt out, but only 10% or so decided not to kill. I felt that the transformation into repetitive killer had to have a biology behind it — all of our behaviour is guided by brain activity.

What are the main features of the syndrome?

There was a myth that the primitive brain is held in check by our more-recently evolved prefrontal cortex, which is involved in complex analysis, and that the primitive, subcortical part takes over when we carry out brutal crimes such as repetitive murder. But I saw it the other way around. The signs and symptoms that I gathered in my research indicated that the prefrontal cortex, not the primitive brain, was responsible, because it was no longer heeding the normal controls from subcortical areas. I called it ‘cognitive fracture’ — the normal gut aversions to harming others, the emotional abhorrence of such acts, were disconnected from a hyper-aroused prefrontal cortex. I also proposed a neural circuitry in the brain that could perhaps account for this. In brief, specific parts of the prefrontal cortex become hyperactive and dampen the activity of the amygdala, which regulates emotion.

Why bring up the discussion again now?

When I proposed Syndrome E, the discipline of cognitive neuroscience was only just beginning and technologies such as fMRI brain-imaging and EEG were young. The discipline grew rapidly, and there is now a lot of information out there that I thought could be relevant (See 'Brain imaging: fMRI 2.0').

Did results discussed at the conference support your hypothesis?

The neuroscientists at the meeting were not working directly on the phenomenon of repetitive killing, but they reported findings from their research that are compatible with a ‘cognitive fracture’. For example, Lasana Harris from the University of Leiden in the Netherlands, who works on hostilities between social groups, has used fMRI and EEG to show that 'ordinary' people can suppress their social-brain cognitive network, so that 'enemies' could be perceived as dehumanized objects rather than people, and thus detached from emotion.

Do you agree with sociologists at the meeting, who argued that it was not appropriate to medicalize a social problem?

I don’t see it as medicalizing the problem so much as formulating it in a way that I know is useful in the medical world. As a doctor, you always work with a degree of uncertainty, and you try to minimize that uncertainty by setting out the observable signs and symptoms in the hope that understanding will emerge. This seems a good way to provide a framework for interdisciplinary discussion.

Did it work to have such different disciplines come together?

The sociologists’ concept that people draw 'symbolic borders' around others resonated with me. Other concepts were more difficult to get across because we all use different vocabulary; I don’t quite understand what sociologists mean when they talk of us having 'different selves’ in different situations. And it is true that sociologists were nervous about us saying that everything is brain-based, particularly when it comes to talking about behaviours of individuals within groups.

Did neuroscientists feel uncomfortable when asked to consider how their research could be used to understand the minds of repetitive killers?

We were all out of our comfort zones. I knew that I was going out on a long limb that could break at any time! It was far removed from my daily life as a neurosurgeon. But it is such a huge problem that causes such a large loss of life — think of  the Islamist terrorist group ISIS today — that we all have a responsibility to start talking about it.

If mass murder happens because of activity in the brain, what does this say about personal responsibility?

Perpetrators of repeated killings have the capacity to reason and to solve problems — such as how best practically to kill lots of people rapidly. Proposing the existence of a syndrome does not absolve them of responsibility.

Even if we understood the neural mechanisms involved, what could we do about it?

It is hard to imagine how this could be controlled at a political level. But understanding things at a fundamental, biological level will encourage policy-makers to focus on the right sort of education about this. A small number of people don’t make the transition to become killers in these critical situations. Early education might help to increase the number of those who are not susceptible.

What does the ‘E’ stand for in Syndrome E?

A 1996 editorial in The Lancet3 championed the hope that, one day, an inquisitive scientist “will come across evil … and recognize it for what it is”. I made a decision not to use the word 'evil', as I thought it invited metaphors and biased the inquisitive mind. But I stuck with the ‘E'.