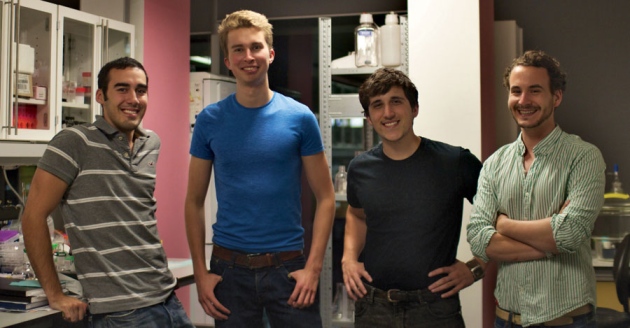 In this age of social media, innovators eager to develop high-tech products are tapping into the wisdom of crowds to solve problems, with crowdsourcing sites such as Innocentive and Kaggle offering cash prizes for answers to science or data questions. The launch this week of a site called Marblar (www.marblar.com) is turning this model on its head.

Marblar gives scientists a space to tout solutions that have yet to find their problem. Members, who can come from any background, are invited to publicly discuss potential uses for patented discoveries made in research laboratories that as yet may not have led to real-world applications.

Sites that help to match up technology developers with potential investors — such as Yet2.com, iBridgeNetwork.org and ninesigma.com — do so in private. By contrast, every suggestion at Marblar is posted on a public forum alongside video interviews with the scientists and explanations of their work. Website visitors suggest applications and vote them up and down, and the scientists behind the discovery are encouraged to take part in the discussion. Popular suggestions are recognized with a points system (denoted by marbles — hence the name) and, in some cases, small cash prizes.

The venture has attracted £371,000 (US$600,000) of backing from IP Group, a technology-investment firm based in London. The site charges listing fees and gets prizes sponsored; if it takes off, it may offer recruitment services, or even get a small slice of royalties from spin-off companies.

The website is the brainchild of entrepreneur and biochemistry doctoral student Dan Perez at the University of Oxford, UK. Perez argues that scientists seeking commercial use for their work don’t consult widely enough. “So much science lies fallow because people pursue the wrong avenues,” he says, noting that the search often stops at the door of the university technology-transfer office, where inventions are pushed towards a few narrow applications that may not bear fruit. Marblar, he hopes, will throw that consultation process open to the world.

“The idea addresses an important problem,” says George Whitesides, a famously inventive chemist at Harvard University in Cambridge, Massachusetts, who is not involved with the company. “There is all manner of really interesting science that has not been exploited.” However, he points out that the cost of turning an idea into a practical product is the biggest barrier to commercialization. Furthermore, the best applications are likely to have found backers already. “Having said that, what this kind of idea might do is to stimulate thinking about really new and unconventional types of applications and products,” he says.

“Marblar is trying to open up questions about what you do with inventions.”

Perez says that Marblar users will initially be discussing more than 30 technologies offered by UK and US universities and research-funding agencies. These include optical tweezers that can deform and manipulate nanoparticles; a device that can transmit multiple data signals through power lines; and a way of bringing molecules inside cells by hitching them to antibodies attached to cell-invading viruses.

So will Marblar work? “Like all these things, the idea depends on the people involved more than anything else — and Dan is quite persuasive,” says Graham Richards, a former head of chemistry at the University of Oxford, who has founded numerous spin-off firms and now sits on the board of IP Group.

Successful technology transfer depends on wide networking with the right people, adds Richards. Perez is well connected: in June 2011 he founded an industry discussion forum for young scientists, which has now become the Oxbridge Biotech Roundtable, and to which Marblar’s three other young founders also belong.

Marblar has already had a trial run, using work by chemist Tom Brown from the University of Southampton, UK, which involves a method to chemically join DNA and RNA together without using biological enzymes. The pilot was fairly successful, says Adam Irvine, who works in the university’s technology-transfer office.“I was sceptical that much would come back from this,” he says. “So it was interesting for me to see that we could get useful ideas.”

Contributors to Marblar are made aware that they are effectively giving up their ideas for free by discussing them in public, but Perez notes that beyond the rewards the site provides, there may be a future for winning entries. For example, the architect of the top suggestion in Marblar’s pilot challenge is now in talks with the inventor to start a company to develop drugs that bind to RNA.

“It’s very difficult to measure how successful crowdsourcing websites have been — of course, they will all trumpet successes for clients,” says Michael Hill-King, who leads knowledge-transfer schemes at King’s College London. But, he says, “Marblar is trying to open up questions about what you do with inventions — and I hope it will cause some waves”.