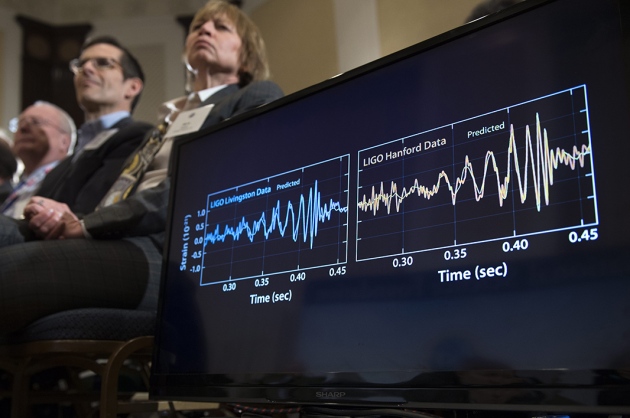 French mathematician Yves Meyer has won the 2017 Abel Prize for his “pivotal role” in establishing the theory of wavelets — data-analysis tools used in everything from pinpointing gravitational waves to compressing digital films.

The prize of 6 million Norwegian kroner (US$710,000) — hailed as the Nobel prize of mathematics — was announced by the Norwegian Academy of Science and Letters on 21 March. Following the tradition of the Nobels, Meyer learnt that he was the winner only when he received a call on the morning of the announcement.

“There are not many examples of mathematical discovery that have directly influenced society so much,” says Jean-Michel Morel, an applied mathematician and Meyer’s colleague at the École Normale Supérieure Paris–Saclay.

Wavelet-based computer algorithms are among the standard tools used by researchers to process, analyse and store information. They also have applications in medical diagnostics, where they can help to speed up magnetic resonance imaging, for example; and in entertainment, to encode high-resolution films into files of manageable size.

After groundbreaking work — dubbed the wavelet revolution — spearheaded by Meyer in the 1980s, textbooks in many disciplines had to be radically rewritten, Morel says.

Wavelets are an extension of the mathematical toolkit of Fourier analysis, named after Joseph Fourier, who initiated the field in the 1800s. He discovered that a complex waveform can be broken down into simpler, sine-wave components. That is, a piece of information such as a musical note or a seismic signal can be expressed in a compact way using Fourier techniques.

Although mathematically elegant, Fourier’s original formulae did not easily apply to many types of real-world data, explains John Rognes, a mathematician at the University of Oslo who chairs the Abel Committee. Fourier’s techniques were helpful for steady signals, such as a continuous note played on a violin. But they were not efficient for sifting a noisy data set to extract transient signals — such as the ‘chirp’ of two black holes colliding, which the Laser Interferometer Gravitational-wave Observatory picked up in 2015. 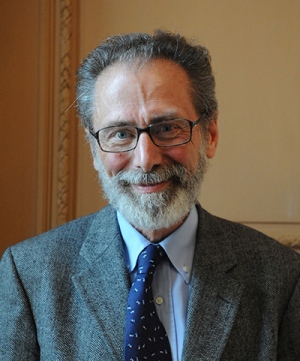 Yves Meyer's work has had huge impacts on the way we use and analyse data.

In the 1900s, researchers developed algorithms that made Fourier analysis more practical for applications such as seismology. Among these were waveforms that could replace sinusoidal waves while being of finite duration, invented in 1981 by French geophysicist Jean Morlet at CNRS in Marseilles. He called them ondelettes — wavelets in English. But until Meyer entered the field, these tools did not have the full power of Fourier’s theory.

Meyer made his serendipitous encounter with Morlet’s wavelets in 1982, while waiting for a photocopier at the École Polytechnique in Paris, where he then worked. A colleague was copying a paper on Morlet’s wavelets, and the two struck up a conversation.

Meyer, a researcher in functional analysis, was so captivated that he took the first train to Marseilles to talk to Morlet and his colleagues. He decided overnight to change fields. “It was like a fairy tale,” Meyer said in a 2011 interview (see go.nature.com/2n71lot). “I felt I had finally found my home.”

By 1986, Meyer had created the first set of wavelets that were at least as powerful as Fourier’s waves (P. G. Lemarié & Y. Meyer Rev. Matem. Iberoam. 2,1–18; 1986). And in the following years, while at the University of Paris Dauphine, he acted as the hub of a network of mathematicians, engineers, physicists and computer scientists who seemed to make new discoveries every week, Morel recalls.

“He was communicating to people who don’t even talk the same mathematical language,” says Morel. “All of these people had pieces of the puzzle.”

He adds that a “nice, clean, general theory emerged” that included, and improved upon, the tools used to make Fourier analysis more practical. For example, Meyer’s work showed that tools invented for processing signals could be applied to data compression.

Meyer’s desire for crossing borders between disciplines stemmed from his childhood in the melting pot of colonial Tunis, where he was “obsessed”, he said in the 2011 interview, by wanting to cross ethnic frontiers.

People who know Meyer describe a man of generosity and rectitude, Morel says. He leads an ascetic life, split between office and home, where he lives with his wife, and is “the most welcoming, naive, modest person.”

Indeed, on learning about his award, Meyer said: "I am at the same time happy, surprised and slightly guilty."