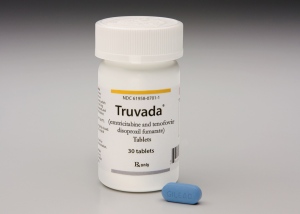 Preventive measure: Truvada has been approved for use in HIV-negative people.

US regulators took a step into the unknown this week when they approved the first drug to prevent HIV infection. US Food and Drug Administration (FDA) commissioner Margaret Hamburg hailed the pill, Truvada, as a tool for reducing the rate of infection in the United States, where 50,000 people are diagnosed each year. But the drug combines low doses of two anti­retroviral agents normally used to treat infection, and some researchers fear that its use in healthy people could have unacceptable side effects and spark the emergence of resistant viruses.

US insurers must now decide whether they will pay for Truvada, which costs roughly US$10,000 for a year’s supply. Moreover, health-policy experts must script guidelines on how to prescribe it, and how to monitor side effects and HIV infections in people using the drug. “There are a lot of questions about how to implement it,” says Connie Celum, an HIV researcher at the University of Washington in Seattle, who led a large trial1 of the drug in East Africa and has begun studies to answer practical delivery questions, such as which subsets of people are at highest risk.

Developed by Gilead Sciences in Foster City, California, Truvada proved particularly effective in the East African trial1, published last week: it reduced the incidence of HIV by 75% in people with partners who had been infected. In an earlier trial2 in the United States, HIV incidence dropped by 44% in men who have sex with men.

But concerns emerged on 10 May at a public meeting of a panel that advised the FDA on its decision. Most members voted in favour of approval, but the researchers, doctors and patient advocates in attendance wrestled with the issue of drug resistance. The two drugs in Truvada, emtricitabine and tenofovir, are effective antiretroviral treatments, but trials have shown that viruses exposed to lower doses in the acute phase of infection can become resistant, said meeting attendees. In six people who tested negative on enrolment but turned out to be HIV-positive, the drugs were no longer effective. Another fear, unconfirmed in trials, was that people might not take the pillconsistently,and might contract a strain of HIV that became drug-resistant as a result of exposure to low levels of anti­retrovirals.

To mitigate these risks, the FDA requires that Truvada be prescribed only once an individual has tested negative for HIV. The agency also advises that people use the drug in combination with safe sex practices, and get tested for the virus every three months while taking it. Some experts at the advisory meeting proposed stricter policies, such as making the tests mandatory, but these were dismissed as impractical. Another idea was to limit the drug to specific populations who are at the very highest risk, such as homosexual people who use intra­venous drugs, but the FDA adopted a vaguer category encapsulating anyone at high risk of contracting HIV. “We want to reach marginalized populations,” says Celum, “and restricting access would mean that Truvada would be less likely to have a public-health impact.”

“Truvada is now the only technology we have that empowers women.”

Wayne Chen, acting chief of medicine at the AIDS Health Foundation in Los Angeles, California, regrets the decision to approve the drug, saying that condoms are cheaper and can be a more effective preventative. “The best thing would be to have this drug withdrawn from the market, and if it’s not, there should at least be mandatory testing because we know that people don’t take this as prescribed,” he says, citing a Truvada clinical trial3 in Africa that was ended prematurely because the drug was not preventing infection. Blood tests later confirmed that fewer than 40% of the study participants on Truvada had been taking the pills daily.

To proponents, however, the promise of the drug is bright. Salim Abdool Karim, director of the Center for the AIDS Programme of Research in South Africa in Durban, hopes that Truvada might soon be available in his country, where up to one-quarter of women have HIV by the age of 20. “Truvada is now the only technology we have that empowers women,” he says. “I don’t think we’ll be able to slow the HIV epidemic in South Africa without something to protect them.”