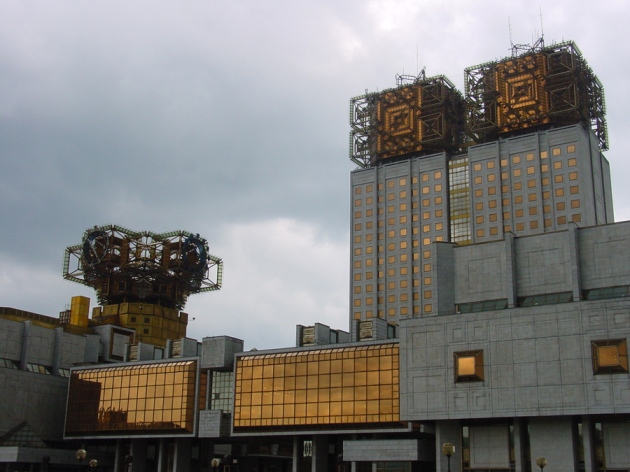 The Russian Academy of Sciences, headquartered in Moscow, will be managed by a newly created government agency.

Russia's lower house of parliament, the State Duma, approved controversial reforms to the Russian Academy of Sciences (RAS) on 18 September. More than 330 members of the Duma voted in favour of the law, with only 107 against, in a move critics say will deprive the 289-year-old body of its independence and halt attempts to revitalize Russia’s struggling science system.

If, as is widely expected, the parliament's upper house and Russian President Vladimir Putin approve the law, the 436 institutes and 45,000 research staff of Russia’s primary basic-research organization will be managed by a newly established federal agency that reports directly to Putin. The agency will manage the academy’s 60-billion-rouble (US$1.9-billion) budget and extensive property portfolio, which includes lucrative sites in Moscow and St Petersburg, and will also have a say in the appointment of institute directors.

Outside the Duma building during the vote, a group of outraged scientists protested the unpopular changes, which were first proposed in June without prior consultation of the RAS leadership.

They said that a number of amendments adopted in yesterday’s third reading — for example, that the Siberian, Ural and the Far Eastern branches of the RAS will remain under the academy’s jurisdiction, and a slight dilution of government interference compared with the initial bill — do little to avert harm to Russian science.

“This is not a reform — this is a liquidation of science in Russia,” says Alexander Kuleshov, director of the academy's Institute for Information Transmission Problems in Moscow.

Since 1991, the academy has lost much of its former glory owing to a sharp decline in state funding after the demise of the Soviet Union. The increasing inefficiency of the RAS and its obstinate reluctance to adopt organizational changes has prompted the Russian government to focus science spending on universities, national research centres, public–private research partnerships such as Rusnano, a multibillion-rouble nanotechnology initiative, and the planned Skolkovo science-and-technology city outside Moscow.

The academy leadership, and many Russian scientists, agree that changes are urgently needed. But they fear that transferring control of basic science to the government is counterproductive.

“The changes are pointless and ill-conceived,” says Mikhail Gelfand, deputy director of the Institute for Information Transmission Problems. “The new managers have no knowledge of science. Nobody in the government has any idea of how science will work in the transition period and how long that period may last,” he says. “We can certainly expect a lot of chaos, whereas the real problems remain untackled.”

Over the past few weeks, there have been heated discussions about the future of the academy between the RAS leadership and formal and informal groups of Russian scientists. Suggestions have included conducting an external review of RAS institutes, and the creation of a grant-based funding system that would reward merit over experience. A personal meeting in August between RAS president Vladimir Fortov and Putin had raised hopes for a more science-friendly reform — but these have failed to materialize.

Fortov did not respond to Nature's request for comment.