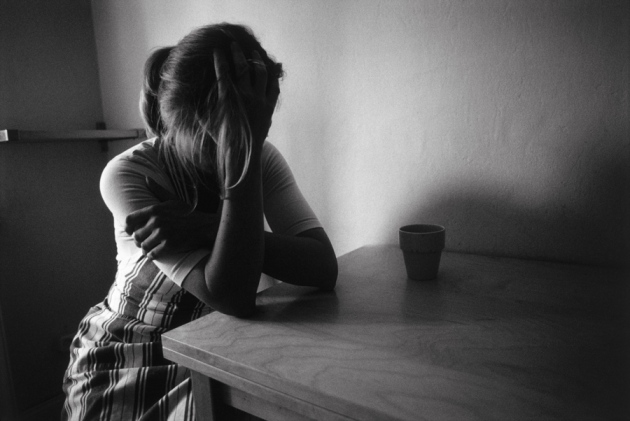 The first global survey of domestic violence reveals the staggering extent of the problem.

Three in ten women worldwide have been punched, shoved, dragged, threatened with weapons, raped, or subjected to other violence from a current or former partner. Close to one in ten have been sexually assaulted by someone other than a partner. Of women who are murdered, more than one in three were killed by an intimate partner.

These grim statistics come from the first global, systematic estimates of violence against women. Linked papers published today in The Lancet and Science assess, respectively, how often people are killed by their partners1 and how many women experience violence from them2. And an associated report and guidelines from the World Health Organization (WHO) in Geneva, Swizerland, along with the London School of Hygiene and Tropical Medicine and the South African Medical Research Council in Pretoria, estimates how often women suffer sexual violence from someone other than a partner, gauge the impact of partner and non-partner violence on women’s health and advise health-care providers on how to support the victims.

“These numbers should be a wake-up call. We want to highlight that this is a problem that occurs in all regions and it’s unacceptably high,” says Claudia García-Moreno, a physician at WHO who coordinates research on gender violence and worked on all the publications.

According to the WHO report, 42% of women who experienced violence were physically injured by their partners. But violence harms women in ways beyond injury. Violent partners may prevent women from visiting health clinics or from accessing medicine or contraception. Women who experienced violence from a partner are more likely to be infected with HIV or other sexually transmitted diseases, to have an abortion, to give birth to underweight and premature babies, and to attempt suicide. They are also more likely to use alcohol and are twice as likely to experience depression — factors which can be both cause of and be caused by a partner's violence. In addition, the authors point out, raised stress levels are implicated in a range of health problems, including chronic pain, diabetes, heart disease and gastrointestinal disorders.

Such figures mean that violence should be considered alongside 'mainstream' health risks such as smoking and alcohol use, says Kristin Dunkle, a social epidemiologist at Emory University in Atlanta, Georgia, who was not involved in the studies. “This is the moment where we say ‘no one is allowed to have their head in the sand, and no one is addressing women's health if they aren't addressing violence’.”

On the scientific agenda

The data came from a concerted effort over many years to develop and disseminate methods to measure gender-related violence, says Rachel Jewkes, head of the South African Medical Research Council in Pretoria. “By saying ‘we're going to measure it,’ we've put it on the scientific agenda.”

As recently as 15 or 20 years ago, she says, governments generally considered domestic violence as something that was private and inevitable — something that governments could do little to address, she says. Having global figures puts violence on the radar of “global bodies that are looking for one number to show that violence is an issue”.

To compile their estimates, each report combed through the peer-reviewed literature as well as the so-called 'grey literature', such as statistics and reports compiled by government agencies. To estimate the prevalence of violence against women across global regions and age ranges, for example, dozens of researchers searched more than 25,000 abstracts, says Karen Devries, a social epidemiologist at the London School of Hygiene and Tropical Medicine, who worked on the reports.

Devries team sought studies that assessed the prevalence of violence across entire countries or large regions within them. They also performed or requested additional analyses of four large international surveys. In total, their estimates were based on data from 141 studies in 81 countries, with 80% of the estimates based on what are considered gold-standard methods — private one-on-one interviews in which women are asked about specific acts of violence, including slaps, kicks, use of weapons and rape over their lifetime.

Studies were adjusted for differences in design and methodological quality. The highest rates of partner violence, estimated between 54% and 78%, were found in central sub-Saharan Africa, but even high-income regions in Asia, North America and western Europe had rates above 15%. These jump considerably when sexual non-partner violence is factored in.

The studies still have gaps. For example, data about partner violence from central sub-Saharan Africa, East Asia, and southern Latin America, and for women  over 49, were scarce. In addition, the studies did not assess emotional violence, and though estimates did not consider partners’ gender, most research studies solicited information only on male partners. In addition, many homicide reports do not include information about perpetrators’ relationships to their victims.

Nonetheless, the data that have been pulled together will enable researchers to conduct cross-country and regional comparisons and help generate hypotheses about how social conditions and policies may influence prevalence, says Victoria Frye, a social epidemiologist at Columbia University in New York. “We really did not have that capacity previously.”

And by establishing baseline figures for violence, governments and social researchers are better placed to develop and assess interventions, says Jewkes. “I want to see us in a situation where we are tracking the global decline of women being hit by partners and experiencing rape.”