The Vatican has abruptly cancelled a controversial stem-cell conference that was set to be attended by the Pope next month.

The Third International Congress on Responsible Stem Cell Research, scheduled for 25–28 April, was to focus on clinical applications of adult and reprogrammed stem cells. But a number of the invited speakers, including Alan Trounson, president of the California Institute for Regenerative Medicine in San Francisco, and keynote speaker George Daley, a stem-cell scientist at Children's Hospital Boston in Massachusetts, are involved in research using human embryonic stem cells, which the Catholic Church considers unethical. The previous two congresses had also included scientists who worked on such cells, without generating much controversy. 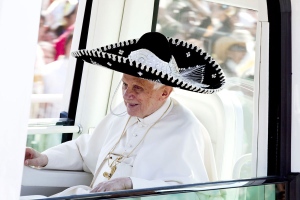 Pope Benedict XVI was scheduled to hold an audience at the conference, which has now been cancelled.

Father Scott Borgman, secretary of the Church's Pontifical Academy for Life, one of the conference organizers, says that logistical, organizational and financial factors forced the cancellation, which was announced on 23 March. The academy weighs in on bioethical and theological issues that are relevant to Church teachings.

The Catholic News Agency, an independent news service based in Englewood, Colorado, quoted an unnamed academy member who called the cancellation an “enormous relief to many members of the Pontifical Academy for Life, who felt that the presence on its program of so many speakers, including the keynote speaker, committed to embryonic stem cell research, was a betrayal of the mission of the Academy and a public scandal”.

“I think the only interpretation is that we are being censored. It is very disappointing that they are unwilling to hear the truth,” says Trounson. He had hoped to provide a “balanced perspective” on the potential clinical applications of stem cells, both adult and embryonic.

Meanwhile, some European scientists, who had called for a boycott because they believed the conference unfairly maligned embryonic stem cell research, cheered its cancellation.

Daley says that he took his invitation as an indication that the conference would be open to discussion of all aspects of stem-cell research. “There are many areas of fundamental agreement about stem-cell research, such as the need to prove the safety and effectiveness of stem-cell medicines through legitimate clinical trials before allowing direct marketing to patients,” he adds.

Borgman says that the academy asked speakers to limit their discussions to adult stem cells. However, Daley says he was asked not to make embryonic stem cells the focus of his talk, but he planned to discuss them for historical context.

Christine Mummery, a stem-cell scientist at the Leiden University Medical Center in the Netherlands, called the cancellation “good news”. She and a number of other European scientists declined invitations to the conference and encouraged their colleagues in the United States to follow suit. "The title [Congress on Responsible Stem Cell Research] was what put me off, and I thought this isn't an open discussion at all; this is going to be all about proponents for adult stem cells, and the people working with embryonic stem cells will be the bad guys," she says.

Daley says that although he and other attendees received requests to boycott the conference, “our collective feeling was it was better to engage in discussion rather than avoid it”.

Monsignor Jacques Suaudeau, Officer for Studies at the Pontifical Academy for Life, called the cancellation a “sad event” in an e-mail to Nature, and said that attendees would soon receive an official explanation. “I cannot speak until the letter of explanation is given. All what I can say is that until this Friday, the congress was well on its way and that we thought that the programme, as it was, was worthy.”

The conference was to conclude with a two-hour audience with Pope Benedict XVI.