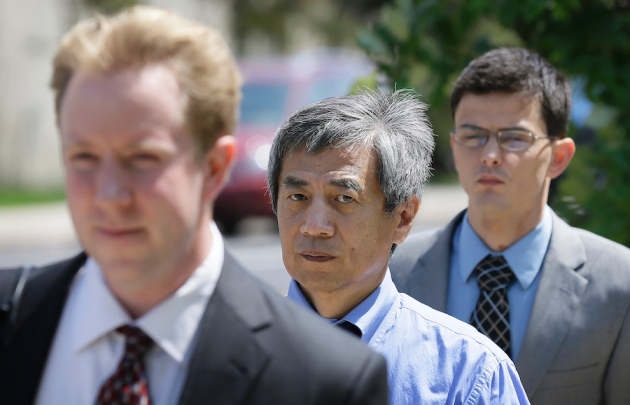 Rare is the scientist who goes to prison on research misconduct charges. But on 1 July, Dong-Pyou Han, a former biomedical scientist at Iowa State University in Ames, was sentenced to 57 months for fabricating and falsifying data in HIV vaccine trials. Han has also been fined US$7.2 million and will be subject to three years of supervised release after he leaves prison.

His case had a higher profile than most, attracting interest from a powerful US senator. Han’s harsh sentence raises questions about how alleged research fraud is handled in the United States, from decisions about whether to prosecute to the types of punishments imposed by grant-making agencies. 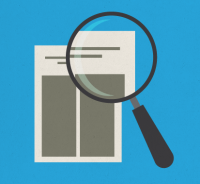 Scientists under scrutiny: An occasional series on research misconduct in the United States.

Han was forced to resign from Iowa State in 2013 after the university concluded that he had falsified the results of several vaccine experiments supported by grants from the US National Institutes of Health (NIH). In some cases, Han spiked rabbit blood samples with human HIV antibodies so that the vaccine appeared to have caused the animals to develop immunity to the virus.

In a confessional letter sent to the university just before its investigation concluded, Han said that he began the subterfuge to cover up a sample mix-up that he had made years before.

The US Office of Research Integrity (ORI), which oversees investigations into alleged misconduct involving NIH funds, barred Han from receiving federal grants for three years — the maximum penalty that it generally imposes on junior investigators. The case probably would have ended there had it not drawn the attention of Senator Charles Grassley (Republican, Iowa), who has a history of investigating misconduct in the biomedical sciences.

“This seems like a very light penalty for a doctor who purposely tampered with a research trial and directly caused millions of taxpayer dollars to be wasted on fraudulent studies,” Grassley wrote in a February 2014 letter to the ORI. The office can issue lifetime funding bans, but former ORI officials say that such punishment is reserved for especially egregious cases, such as those in which human subjects could have been endangered.

In June of that year, after extensive media coverage of the case and of Grassley's reaction to it, the federal prosecutor in Des Moines pressed charges against Han. The scientist was arrested and his case brought before a grand jury. In February 2015, he pled guilty to two felony charges of making false statements to obtain NIH research grants. (See Han's plea agreement, the prosecutor's sentencing memorandum and the sentencing agreement.)

Alan Price, a former associate director of investigative oversight at the ORI, says that criminal prosecution is unusual for a “medium-level” fraud case such as Han’s. “In most cases, I don’t think it would have been done. But Senator Grassley cares deeply about these issues and wanted to make that point.”

The case has raised some concern among experts in scientific misconduct. The very few researchers who face criminal charges are not necessarily those who have caused the most harm to other scientists’ careers, or to science generally. “We’re so preoccupied with major cases and so subject to policy pressure, we've lost sight of the larger picture,” says Nicholas Steneck, an expert in research integrity at the University of Michigan in Ann Arbor.

Grassley appears to agree — telling the Senate in July, “I worry that other cases may go unnoticed or unaddressed if there isn’t a public outcry.” He argues that lawmakers would not need to involve themselves in such matters if some government agencies that oversee research grants could levy harsher penalties and had more capacity to investigate alleged fraud.

Most US funding agencies, including the National Science Foundation (NSF), have an inspector-general who investigates potential misconduct and fraud. These officials can withdraw grant money and impose prohibitions on receiving government funds, and often refer cases for criminal prosecution.

But the Department of Health and Human Services (HHS), which includes the NIH and the ORI, separates these powers. The ORI cannot directly investigate suspected fraud or misconduct; it is limited to overseeing probes by the institutions that employ researchers suspected of wrongdoing. In cases where evidence of misconduct or fraud is found, the ORI can impose funding bans or refer potential criminal cases to the Department of Justice or the HHS inspector-general.

The HHS inspector-general can initiate investigations of suspected research fraud or misconduct, but is often preoccupied with other matters such as health-insurance fraud. And it cannot impose funding bans or other administrative penalties.

The NIH and the ORI told Nature that they do not even track how many recipients of NIH grants have faced criminal prosecution.

In contrast, the NSF inspector-general has sole oversight of that agency's misconduct investigations, and is involved in several criminal prosecutions each year. Most concern researchers suspected of misusing grant money or using plagiarized or falsified data to obtain funds, as Han did.

But David Wright, a former ORI director, says that the benefit of criminal prosecution is unclear. Formally barring a researcher from receiving federal funds is usually a professional death sentence, even if the ban is short, he adds. “It’s questionable how much more is to be gained by jail time.”

In reality, however, no one knows the aggregate fate of scientists subject to funding bans, or whether the notion of such punishment deters people from committing misconduct. Price says that he and others at ORI once tried to conduct a formal, anonymous survey of these researchers to understand how their careers had been affected. But the White House shut the project down, saying that it cost too much and people were unlikely to respond.

9:10 BST: Updated to include Han's plea agreement and sentencing order.