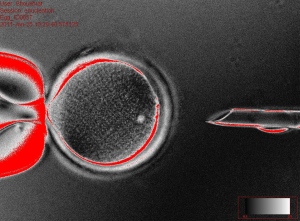 Many US centres prohibit research on embryonic stem cells.

The announcement last month of a long-awaited breakthrough in stem-cell research — the creation of stem-cell lines from a cloned human embryo — has revived interest in using embryonic stem cells to treat disease. But US regulations mean that many researchers will be watching those efforts from the sidelines.

The US National Institutes of Health (NIH), which distributes the majority of federal funding for stem-cell research, prohibits research on cells taken from embryos created solely for research — a category that includes the six stem-cell lines developed by Shoukhrat Mitalipov, a reproductive-biology specialist at the Oregon Health and Science University in Beaverton, and his colleagues1. The team used cloning techniques to combine a donor cell with an unfertilized egg whose nucleus had been removed, creating a self-regenerating stem-cell colony that is genetically matched to the cell donor.

Mitalipov’s cell lines are also off limits to researchers funded by the California Institute of Regenerative Medicine (CIRM), which was created in part to support stem-cell work that is restricted by the NIH. CIRM funds cannot be used for studies that pay women for their eggs or rely on cell lines produced using eggs from paid donors. That rules out Mitalipov’s lines, because his team paid egg donors US$3,000–7,000 each, says Geoffrey Lomax, senior officer to the standards working group at CIRM, which is based in San Francisco. That amount “is above and beyond any out-of-pocket costs” to donors, he says.

The end result, says Mitalipov, is that a dozen or so universities are struggling to negotiate ‘material transfer agreements’ to receive the new cell lines without running afoul of CIRM or the NIH. Interest in the new cell lines is high, especially since the identification of errors in images and figures in Mitalipov’s research paper shortly after its publication in Cell. But regulations would require laboratories to use only dedicated, privately funded equipment to study the new cells, a condition that only a few researchers — such as George Daley, a stem-cell expert at Boston Children’s Hospital in Massachusetts — will be able to meet.

That concerns Daley, who calls the NIH stem-cell policy “a frustrating limitation that will preclude federal dollars being used to ask many important questions” about how Mitalipov’s cell lines compare with induced pluripotent stem cells (iPS), which are created by reprogramming adult cells to an embryonic state. “Most labs will take the path of least resistance and continue working with iPS cells unless someone shows that there is a clear and compelling reason to change course,” Daley says.

Mitalipov also worries that his cell lines won’t be sufficiently analysed, which he says could hamper efforts to understand how epigenetic changes — modifications to chromosomes that determine how genes are expressed — affect stem cells' ability to transform into a wide array of mature cell types. “We just don’t have that much expertise at looking at all aspects of epigenetics,” he says.

But some scientists say that the impact of US stem-cell restrictions is overestimated. Alexander Meissner, a developmental biologist at the Harvard Stem Cell Institute in Cambridge, Massachusetts, says Mitalipov's cell lines will not reveal much about how stem cells transform. That work can be done only with eggs that are easy to come by, allowing scientists to examine the reprogramming process at many points. In practical terms, that means relying on eggs from mice instead of humans. “Everything is over by time you derive those cell lines,” he says of Mitalipov’s cells. “There is no signature that would tell you what has happened. It’s the wrong species.”

In the meantime, CIRM is re-examining the rules that govern the research its supports. The institute is not likely to alter the restrictions against funding studies that pay cell donors, but it might overturn the rules against using cell lines produced in such studies, Lomax says. The original policy was set in 2006 to address concerns that arose in the wake of fraud and ethical violations by Woo Suk Hwang, then a researcher at Seoul National University.

But there is no word on when CIRM will complete its review. Lomax would not give a timeline.

The original version of this story said that CIRM had an annual budget of US$3 billion. In fact, that is CIRM's lifetime budget. The figure has now been removed from the text.