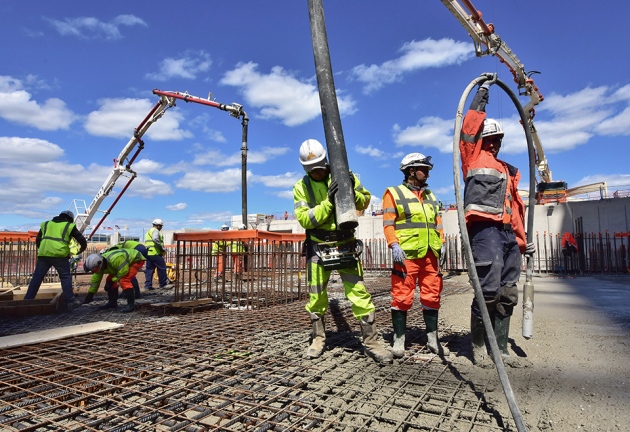 Lawmakers are split on whether to continue US contributions to the international nuclear fusion project known as ITER.

Another year, another round of budget roulette for US science agencies. When Congress returns from its summer break on 6 September, it will have just three weeks to pass a new government funding bill before the 2017 budget year begins on 1 October.

Policy analysts predict that lawmakers will pass a stopgap funding measure that will keep agencies’ budgets flat until the presidential election in November — and perhaps into next year.

That would leave the US National Institutes of Health (NIH), the National Science Foundation and other science agencies in a familiar, if uncomfortable, position: unable to start new programmes or to end old ones without permission from Congress, and unsure about their total funding for the year.

More uncertainty will come early next year, when the next US president takes office and replaces most agency directors. “It will be a transition year, and will be difficult enough”, even without the budget limbo, says Matt Hourihan, director of the research and develop­ment budget and policy programme at the American Association for the Advancement of Science in Washington DC.

One major question for agencies is how a budget deal between the House of Representatives and the Senate would reconcile the two bodies’ very different 2017 spending plans. The House has proposed increasing the NIH’s budget by US$1.3 billion over the 2016 level; the Senate has suggested a $2-billion boost. The House spending bill for NASA includes an extra $200 million for the agency’s planetary-science programme compared with the current level, whereas the Senate has proposed cutting the programme’s budget by about $300 million.

Then there is the beleaguered inter­national nuclear-fusion project ITER, which is funded by a consortium that includes the Department of Energy (DOE). The Senate has proposed cutting all US support for ITER in 2017 and redistributing the money saved to other energy programmes. But the House’s plan would have the United States continue to contribute roughly $115 million per year to ITER, with flat funding for most other DOE programmes.

“Every­thing will increase in cost if there’s uncertainty in the budget.”

The House and Senate do agree on some things, however. Neither included money for the White House’s proposed $680-million Cancer Moonshot Initiative. Ben Krinsky, legislative-affairs officer at the Federation of American Societies for Experimental Biology in Washington DC, says that Congress might be more willing to provide funding once it sees the NIH’s final road map for the project, which the agency is due to release later this month.

Meanwhile, the Senate is expected to vote this week on legislation that would create a $1.1-billion emergency fund for response to the Zika virus and research towards a vaccine. The US Department of Health and Human Services says that its budget for fighting the virus has almost run out — even though in August it took back $81 million from the budgets of the NIH and other agencies to pay for Zika response efforts.

But perhaps the most immediate question for Congress and the science agencies is how long a temporary spending measure would last. The timing will be influenced by the 8 November general election, in which the White House, all 435 House seats and one-third of the Senate are up for grabs. December is often mentioned as a probable end date, but that would require Congress to return for a ‘lame duck’ session after the election. And some conservative law­makers have proposed that any temporary funding plan should be extended until after the next president takes office.

This would be a problem for the science agencies, says Jason Callahan, space-policy adviser at the Planetary Society in Alexandria, Virginia.

“Every­thing will increase in cost if there’s uncertainty in the budget,” he says. “It’s bad policy to run the federal government on continuing resolutions, but it’s an election year.”