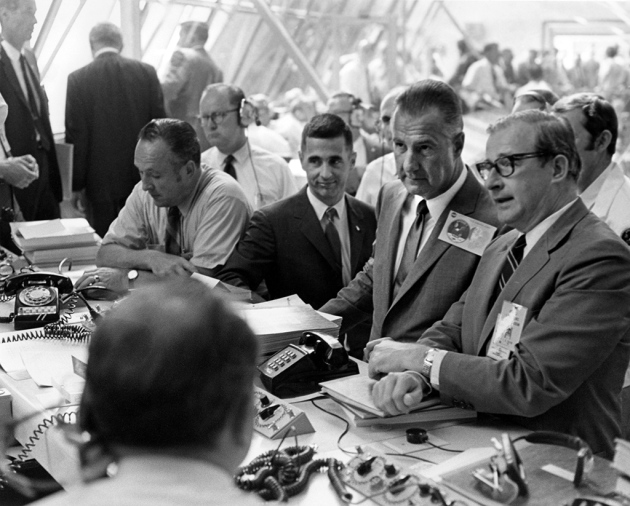 The United States will revive the long-dormant National Space Council, a group meant to coordinate space policy among government agencies and departments. Vice-president Mike Pence, who will chair the council, announced its reinstatement on 7 June at NASA’s Johnson Space Center in Houston, Texas.

First constituted in 1958, the space council — or some iteration of it — has been active sporadically, most recently between 1989 and 1993. Since then, space policy has been mainly run out of the White House Office of Science and Technology Policy (OSTP) and NASA.

In theory, the National Space Council oversees US space policy at NASA and defence, intelligence and commerce agencies. In practice, however, it sometimes has had little power to change entrenched practices among various agencies — particularly in military affairs.

“As long as Trump has Pence’s back, and Pence decides to place a lot of emphasis on his role as chair of the space council, it has a potential to make a difference,” says John Logsdon, a space-policy expert at George Washington University (GWU) in Washington DC. In its 1989–1993 incarnation, the council played a major part in developing then-president George H. W. Bush’s plans to send astronauts to the Moon and Mars. It also worked on space issues with Russia after the collapse of the Soviet Union.

The reinstated council will be successful if it coordinates the government’s work with that of the burgeoning commercial space industry, says Logsdon. Private companies currently have a contract with NASA to ferry cargo up and down to the International Space Station, and will soon transport US astronauts. A council could strengthen commercial space connections outside of NASA.

The council could also better coordinate diplomatic relationships with other space-faring countries, Logsdon says. “There’s a full plate there to be eaten,” he says.

Whether US space agencies will get adequate funding to carry out such efforts is unclear. Speaking at Johnson Space Center, Pence said that “NASA will have the resources and supports you need to continue to make history”. But the White House has proposed trimming the agency’s US$19.7-billion budget by roughly 3% for the next fiscal year to $19.1 billion, a relatively moderate reduction compared with the double-digit cuts outlined for other science agencies.

Scott Pace, the head of the Space Policy Institute at GWU, is widely expected to be named as head of the space council’s staff. Pace’s extensive government experience includes roles at NASA and OSTP during the administration of George W. Bush.

Waiting on the White House

Trump has said little about NASA other than to reiterate themes of American leadership in space, and to joke about recycled urine during a conversation in April with Peggy Whitson, then the commander of the International Space Station. Pence hinted in March that the council would be resurrected. Space-policy advisors to the Trump–Pence campaign argued for its reinstatement last October, before Trump won the presidency.

The new administration has yet to put its stamp on the agency. Trump has not named a new NASA chief. Although the agency continues to develop a heavy-lift rocket and crew capsule to take astronauts to deep space, the ‘Journey to Mars’ that was pushed during the presidency of Barack Obama is no longer ascendant.

It remains unclear whether Trump’s White House will work to send astronauts back to the Moon, on to Mars or to some other deep-space destination. (NASA has abandoned Obama’s plan to bring an asteroid to orbit near the Moon and send astronauts to visit it there.)

Pence made the space-council announcement at an event to introduce NASA’s 12 new astronaut candidates. They include scientists such as Jessica Watkins, a geologist at the California Institute of Technology in Pasadena who works on Mars rovers, and Zena Cardman, a geobiologist at Pennsylvania State University in University Park.