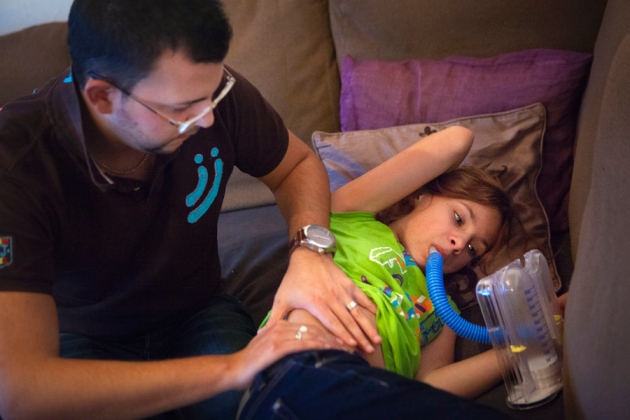 Cystic fibrosis is one condition for which personalized medicine has yielded new treatments.

With the pipeline of traditional drugs drying up, researchers are increasingly attempting to customize treatments based on a person's genetics or environment. Now the US government wants to get in on the act.

During his State of the Union address to Congress on 20 January, President Barack Obama announced a programme called the Precision Medicine Initiative. “I want the country that eliminated polio and mapped the human genome to lead a new era of medicine —  one that delivers the right treatment at the right time,” he said.

The White House is remaining tight-lipped about the details of the programme, declining to answer questions from Nature — as is the US National Institutes of Health (NIH), which is expected to be a key partner in the effort. But Kay Holcombe, senior vice-president for science policy at the Biotechnology Industry Organization (BIO) in Washington DC, says that her conversations with the NIH suggest that the agency will seek to match genome information with many other types of data, such as health records and blood-test results.

The agency seems to have been planning the effort for some time, listing 'precision medicine' as one of its four priorities in its 2015 budget proposal; another was 'big data'. Other government agencies are also expected to participate, as may some private companies. There is no word on how much the initiative will cost, but details are likely to trickle out as Obama prepares his budget request for fiscal year 2016, which is due to be released on 2 February.

A major question is whether the plan will run alongside or merge with a similar proposal being discussed by members of the US House of Representatives’ Energy & Commerce Committee. The committee's 21st Century Cures plan seeks to speed up the translation of research advances into treatments, and personalized medicine is one potential element of the effort. Lawmakers are expected to release a first draft of that proposal later this month.

Both the White House effort and the House plan would be extremely expensive, but they might not be as difficult to carry out as they first seem. Rather than recruiting all of their participants anew, Holcombe says that both initiatives could collect data and recruit participants from ongoing longitudinal studies. These include the Million Veteran Program at the US Department of Veterans Affairs, which seeks to understand how genes affect health, and the NIH’s 67-year-old Framingham Heart Study at Boston University in Massachusetts, which aims to identify risk factors for heart disease.

If the federal programme takes the form of a public–private partnership, then private insurance companies and health systems could contribute data as well. David Ledbetter, chief scientific officer at Geisinger Health System in Danville, Pennsylvania, says that his company might be willing to join such an effort. Geisinger aims to recruit up to 200,000 of its 3 million customers to have their exomes — parts of the genome that code for proteins — sequenced and integrated with their health records. The company now has completed sequences from about 20,000 patients, and it is preparing to provide each of these people with an analysis of his or her health risks.

“My personal attitude is always to try to collaborate rather than duplicate and compete in an inefficient way,” Ledbetter says.

Still, standardizing data collection and patient recruitment across the country will be extremely difficult, especially if ongoing studies are rolled into the effort. Such complexities sank the NIH’s 100,000-person National Children’s Study, which the agency cancelled last month after 14 years of delays.

Informed consent and data security will present additional challenges; the roll-out of the UK National Health Service's care.data project, which would make health information from most patients in England available for research, has been delayed for several months for this reason.

Nevertheless, with personalized medicine in vogue, studies are likely to continue to grow in both number and magnitude and in both the public and private sectors. The Precision Medicine Initiative could once again pit NIH director Francis Collins, who headed the Human Genome Project, against his old private-sector rival, Craig Venter. Last March, Venter launched a company called Human Longevity in San Diego, California, with the goal of sequencing one million human genomes by 2020. The effort is gaining steam: on 14 January, Venter announced that his company would be sequencing tens of thousands of genomes for Genentech, a biotechnology company based in South San Francisco, California, that is searching for new drug targets.