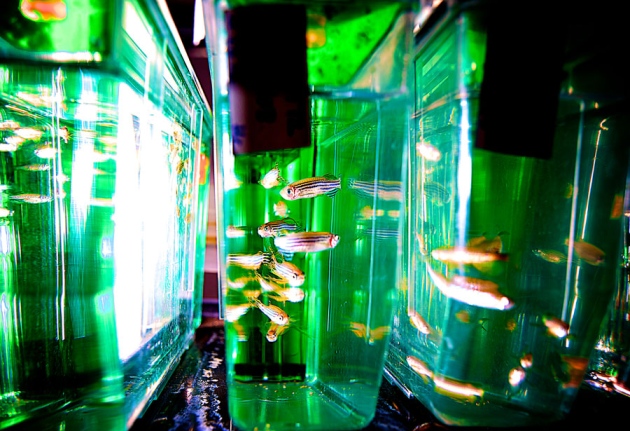 A zebrafish facility at the US National Institutes of Health in Bethesda, Maryland.

Zebrafish are the rising stars of model-organism research, an analysis of grants from the US National Institutes of Health (NIH) shows.

A team at the NIH Office of Portfolio Analysis assessed trends in the agency’s funding of model-organism research between 2008 and 2015, through its R01 awards, the largest NIH grant programme for individual investigators. Using a text-mining algorithm and manual searches, they studied grant data for four animal models: fruit flies (Drosophila melanogaster), nematode worms (Caenorhabditis elegans), zebrafish (Danio rerio) and Xenopus laevis frogs. Together these organisms were mentioned in more than 9,500 successful grant applications. 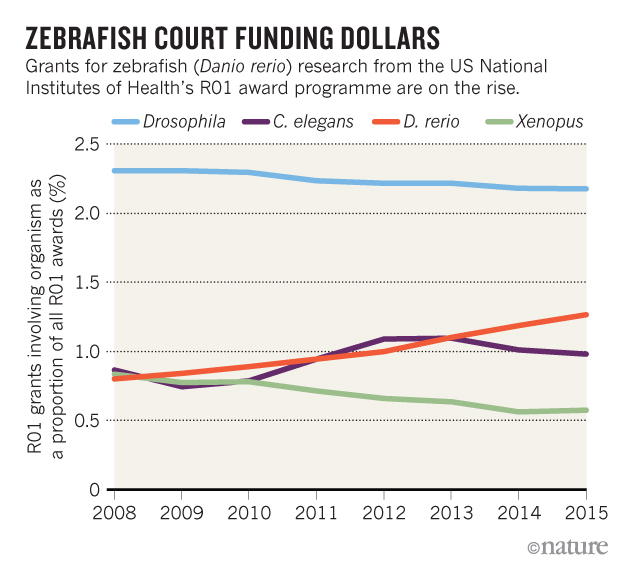 The shifts are broadly representative of the numbers of applications received, the team says, indicating a shift in model-organism trends.

In an extension of the analysis, the team found that nearly 50% of funded R01 grants in the same period were for mouse studies — a proportion that has increased yearly since 2008.