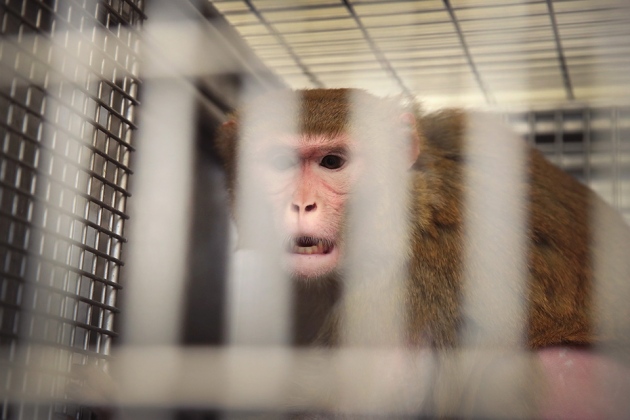 The welfare of research animals, including primates, will be much harder for the public to track after a US regulatory agency removes information from its website.

Update: On 6 February, the Humane Society of the United States (HSUS) took the first steps toward legal action against the USDA. In 2009, HSUS and the USDA reached a legal agreement that the agency post certain information, such as annual reports, about animal use in labs on its website, or make that information accessible to the public. In a letter sent to the Department of Justice, lawyers representing HSUS threatened to reopen the case if the USDA did not restore the data immediately.

The US Department of Agriculture (USDA) agency charged with ensuring the humane treatment of large research animals, such as primates and goats, has quietly scrubbed all inspection reports and enforcement records from its website. The move has drawn criticism from animal-welfare and transparency activists who say the public has the right to know how their tax dollars are being used.

The USDA’s Animal and Plant Health Inspection Service (APHIS), which also oversees animals in circuses, zoos and those sold commercially as pets, says that making the data publicly available posed a threat to individuals’ privacy.

USDA spokesperson Tanya Espinosa would not specify what personal information the agency wanted to protect, but said that it would be impossible to redact it from all the tens of thousands of inspection reports, complaints and enforcement action documents that used to be public.

The decision is a result of the USDA’s “commitment to being transparent, remaining responsive to our stakeholders’ informational needs, and maintaining the privacy rights of individuals”, according to a statement on the agency’s website. The records will still be available in redacted form through freedom-of-information requests. ”If the same records are frequently requested via the Freedom of Information Act (FOIA) process, APHIS may post the appropriately redacted versions to its website,” the statement concludes.

But some critics met the privacy argument with scepticism. The USDA routinely redacted the names of individuals from the public reports anyway, says Justin Goodman, vice-president of the non-profit White Coat Waste Project in Washington DC, which opposes animal research. “Claiming ‘privacy’ is a smokescreen to unjustifiably evade critical transparency about government operations.”

The disappearance of information caught animal-welfare groups by surprise. “I'm just flabbergasted,” says Eric Kleiman, a research consultant at the Animal Welfare Institute, an advocacy group in Washington DC. “This is not only the opposite of transparency, it takes us back to the Stone Age.”

But Matthew Bailey, president of the non-profit Foundation for Biomedical Research in Washington DC, says the move has some merit, because animal-rights activists sometimes target scientists who use animals. “I would certainly agree that protection of personal information is of utmost importance, given the rich history of targeting individuals involved in animal research,” he says. But Bailey acknowledges that it will now be difficult for organizations such as his to analyse trends in animal use in research.

Espinosa declined to answer questions about what triggered the decision, or whether input from business interests, such as the circus industry, or the resignation of agency head Michael Scuse on 20 January were factors. She would not comment on whether the White House had a role in the move, but added that the USDA has “been reviewing and updating the information that is released to the public for the last year”.

Inspection reports that were previously available on the APHIS site were crucial in helping animal-welfare groups spot potential abuses in facilities that use animals, Kleiman says. They include instances such as when 2,471 rabbits and 3,202 goats disappeared from facilities owned by the antibody provider Santa Cruz Biotechnology in 2016. The company, headquartered in Dallas, Texas, was under investigation by the USDA for alleged animal abuse at the time. The APHIS website also allowed the public to track when institutions were allowed to perform experiments that could cause pain, such as infecting monkeys with Ebola virus.

Getting such information through FOIA requests can take years, Klein says. And knowing what information to request will be difficult, as the USDA will no longer post complaints that it or outside groups file against an institution. These complaints often trigger USDA investigations.

Congressman Ken Calvert (Republican, California), who has backed numerous bills related to animal welfare and research, says that he did not know that the USDA would be removing the data, but would look into it.

The USDA’s move stands in stark contrast to a bill that Calvert introduced on 2 February, which would require research-funding agencies to more closely track and report the number of animals that scientists use, in order to minimize redundancy and unnecessary animal testing. It would also require researchers to report the number of mice, rats and birds used in experiments. Currently, the USDA only regulates the use and welfare of larger animals such as rabbits and monkeys.

The story initially identified Justin Goodman of the White Coat Waste Project as its director. He is the organization's vice-president. The piece has been corrected to reflect this.