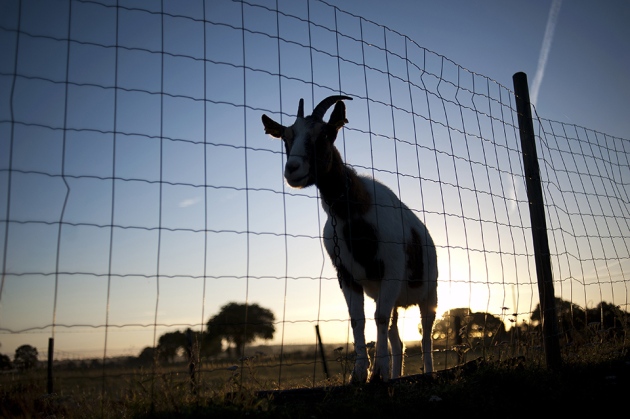 The US government has fined Santa Cruz Biotechnology, a major antibody provider, US$3.5 million over alleged violations of the US Animal Welfare Act. The penalty from the US Department of Agriculture is the largest in the agency’s history.

The company, which is headquartered in Dallas, Texas, will pay the fine as part of a settlement with the US Department of Agriculture (USDA). The agency had lodged three animal-welfare complaints against Santa Cruz Biotech, after USDA inspectors found evidence that the company mistreated goats at its facility in California.

Santa Cruz Biotech contested the government complaints, and the 19 May settlement agreement says that the company “neither admits nor denies” that it violated US animal-welfare regulations.

The settlement also permanently revokes Santa Cruz Biotech’s government licence to sell, buy, trade or import animals. And it requires the company to cancel its registration to operate as a research facility that uses animals. The company had extracted antibodies for research from animals such as goats and rabbits after injecting the animals with proteins to stimulate antibody production.

Neither Santa Cruz Biotech nor representatives of Covington & Burling, a Washington DC law firm that represents the company, have responded to Nature’s request for comment on the settlement.

Cathy Liss, president of the Animal Welfare Institute, an advocacy group in Washington DC, says that she is shocked by the unprecedented size of the fine on Santa Cruz Biotech. The largest previous fine that the USDA had imposed for animal-welfare complaints was a $270,000 penalty levied in 2011 against Feld Entertainment, which operates the Ringling Brothers and Barnum & Bailey Circus.

The settlement with Santa Cruz Biotech marks the end of a long-running investigation of the company’s animal-welfare practices. The USDA has lodged three animal-welfare complaints against Santa Cruz Biotech since 2007, after agency inspectors reported finding problems such as goats with untreated coyote bites and massive tumours, and rabbits being housed in cruel conditions. USDA inspectors also discovered that Santa Cruz was keeping 841 goats in a hidden facility.

In February, Nature reported that more than 5,000 goats and rabbits had disappeared from Santa Cruz’s facilities before a scheduled hearing on the USDA complaints. Santa Cruz would not confirm whether the animals were killed or sold.

After news of the animals' disappearance became public, some scientists took to social media to call for a boycott of Santa Cruz’s products. Among them was Stephen Floor, a biologist at the University of California, Berkeley, who says that his lab has since sought out other antibody providers.

Floor says that losing Santa Cruz as an antibody provider will create extra work for researchers. Because the quality and type of antibodies varies widely, individual labs often stick with products from a single company to ensure that their experiments are replicable.

“That said, I think any scientist will happily do that work in order to ensure that animal rights are a priority,” he says.