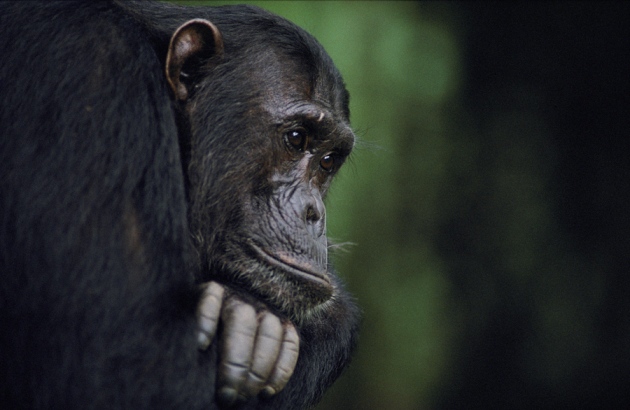 Wild and captive chimpanzees will now be treated equally under US law.

Chimpanzee research in the United States may be nearly over. On 12 June, the US Fish and Wildlife Service (FWS) announced that it is categorizing captive chimpanzees as an endangered species subject to legal protections.

The new rule will bar most invasive research on chimpanzees. Exceptions will be granted for work that would “benefit the species in the wild” or aid the chimpanzee's propagation or survival, including work to improve chimp habitat and the management of wild populations.

The FWS proposed the rule in 2013 to close a loophole that exempted captive chimps from the Endangered Species Act protections that had already been given to their wild counterparts. Under the law, it is illegal to import or export an endangered animal, or to “harm, harass, kill [or] injure” one.

The new regulation will extend these limits to more than 700 chimps in US research laboratories, as well as animals in zoos or entertainment venues such as circuses. The FWS rule also makes it illegal to sell chimpanzee blood, cell lines or tissue across state lines without a permit.

The government's decision to list captive chimps as endangered drew swift criticism from some science groups. “Practically speaking, [given] the process to get exceptions [for invasive research], I don't expect chimps will be a viable option,” says Matt Bailey, executive vice president of the National Association for Biomedical Research in Washington DC.

Bailey's group argues that medical research with chimpanzees benefits both humans and chimps, given that the two species are affected by many of the same diseases, and notes that captive research chimps have been bred for that purpose — making the connection to wild populations tenuous.

Unsurprisingly, animal-rights groups welcomed the government's action. “This FWS decision continues momentum — adding another barrier to unnecessary and non-productive research purportedly to benefit humans,” Theodora Capaldo, president of the New England Anti-Vivisection Society in Boston, Massachusetts, said in a statement. “We stand on ethically and scientifically firmer ground as we move closer toward ending atrocities under the guise of ‘necessary’ research.”

Biomedical research on chimpanzees has already decreased drastically since the US National Institutes of Health announced in 2013 that it would retire more than 300 captive chimpanzees at its facilities. The agency has retained only 50 chimps, which had been available for invasive research that satisfies ethical considerations that it set out.

The NIH says that there are no active biomedical research projects with these animals. Going forward, the agency says, it  “will work with the Fish and Wildlife Service to comply with any implications of this ruling for future use of NIH-owned chimpanzees.”

The government action comes as chimpanzees are embroiled in another legal matter. The New York Supreme Court is currently considering whether two chimpanzees at Stony Brook University are “persons” illegally detained by the university. The court heard arguments last month on the matter, and a decision is expected this summer.