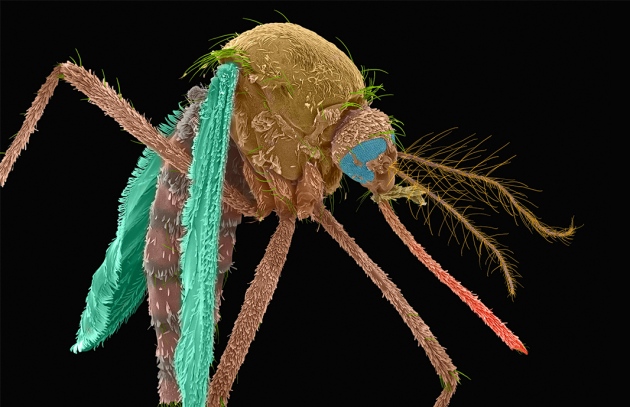 The US Environmental Protection Agency (EPA) has approved the use of a common bacterium to kill wild mosquitoes that transmit viruses such as dengue, yellow fever and Zika, Nature’s news team has learned.

On 3 November, the agency told biotechnology start-up MosquitoMate that it could release the bacterium Wolbachia pipientis into the environment as a tool against the Asian tiger mosquito (Aedes albopictus). Lab-reared mosquitoes will deliver the bacterium to wild mosquito populations.

The decision — which the EPA has not formally announced — allows the company, which is based in Lexington, Kentucky, to release the bacteria-infected mosquitoes in 20 US states and Washington DC.

“It’s a non-chemical way of dealing with mosquitoes, so from that perspective, you’d think it would have a lot of appeal,” says David O’Brochta, an entomologist at the University of Maryland in Rockville.“I’m glad to see it pushed forward, as I think it could be potentially really important.”

MosquitoMate will rear the Wolbachia-infected A. albopictus mosquitoes in its laboratories, and then sort males from females. Then the laboratory males, which don’t bite, will be released at treatment sites. When these males mate with wild females, which do not carry the same strain of Wolbachia, the resulting fertilized eggs don’t hatch because the paternal chromosomes do not form properly.

The company says that over time, as more of the Wolbachia-infected males are released and breed with the wild partners, the pest population of A. albopictus mosquitoes dwindles. Other insects, including other species of mosquito, are not harmed by the practice, says Stephen Dobson, an entomologist at the University of Kentucky in Lexington and founder of MosquitoMate.

The EPA restricted the release of MosquitoMate’s product, called ZAP males, to 20 states and Washington DC. The agency has previously said that those places “are similar in temperature and precipitation to areas where efficacy of the ZAP males was tested” — Kentucky, New York and California. The EPA decision excludes much of the southeastern United States, which is home to dense populations of mosquitoes and a long mosquito season, because MosquitoMate did not conduct field trials there.

MosquitoMate plans to begin selling its mosquitoes locally, in Lexington, and will expand from there to nearby cities such as Louisville, Kentucky, and Cincinnati, Ohio. The company will work with homeowners, golf courses, hotels and other customers to deploy its insects, according to Dobson. “Now the work starts,” he says.

The company will have to start small. Suppressing the mosquito population of an entire city is likely to require the weekly production of millions of these mosquitoes. To reach that level, Dobson’s company must find a way to efficiently separate male mosquitoes from females. The company’s technicians now separate them both by hand and mechanically, Dobson says.

Another group that is also developing mosquitoes infected with Wolbachia to control wild populations has succeeded in producing large quantities of their insects. Researchers from Sun Yat-sen University in Guangzhou, China, and Michigan State University in East Lansing say they are releasing 5 million Wolbachia-infected A. albopictus each week in Guangzhou.

The scientists use mechanical sorters to separate males from females, on the basis of size differences at the pupal stage, at more than 99% efficiency, says Zhiyong Xi, a medical entomologist and microbiologist at Michigan State University, who leads the project. They expose the remaining mosquitoes to X-ray radiation at a dose that sterilizes any remaining females, but is too low to affect the males.

Using lab-grown mosquitoes to kill mosquito pests has been tested extensively in Brazil in recent years. The country has allowed large-scale releases of such mosquitoes in response to an epidemic of the Zika virus that began in 2015. Zika is a mosquito-borne virus that has been linked to severe birth defects, such as abnormally small heads — a condition known as microcephaly. Aedes aegypti mosquitoes are thought to be the primary vector for the virus.

One type of mosquito being tested in Brazil is a genetically modified variety of A. aegypti developed by Oxitec in Milton, UK. When the modified male mosquitoes mate with wild females, they pass a lethal gene on to any progeny.

Oxitec has run into challenges when attempting to test its GM mosquitoes in the United States, however. A community in the Florida Keys voted last year against allowing Oxitec to conduct field trials there, although the rest of the county in which the community is located voted in favour of the plans.

By contrast, MosquitoMate has developed and tested a variety of Wolbachia-carrying A. aegypti mosquitoes in the Florida Keys and Fresno, California, without drawing much public attention. The EPA received only 14 comments during the public-comment period for the Florida trials, and most of them were positive. The company plans to submit an application to the EPA for nationwide release of that species, says Dobson.