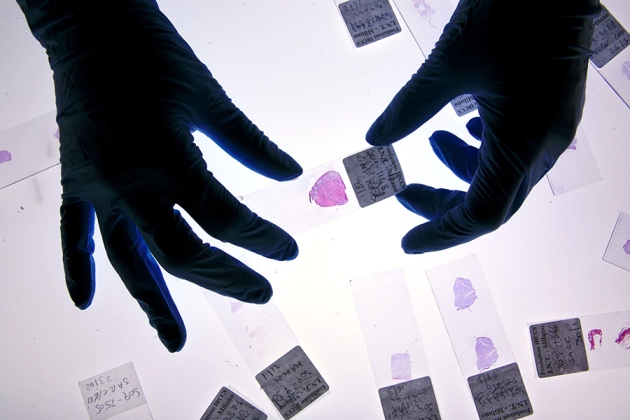 After more than 25 years of heavy use by researchers around the world, the US National Cancer Institute (NCI) has decided to retire the NCI-60, its panel of 60 human cancer cell lines grown in culture, from its drug-screening programme. In late spring of this year, the institute will launch a rejuvenated repository of cancer models that are derived from fresh patient samples and tagged with details about their clinical past.

The NCI action responds to a widespread push for cancer models with a closer link to the patients they are intended to help. On 11 February, cancer researchers gathered in New Orleans, Louisiana, for a meeting hosted by the American Association for Cancer Research that focused on the creation of new cancer models from clinical samples.

Since 1990, industry and academic have screened more than 100,000 compounds using the NCI-60, in order to study the molecular details of cancers and find drugs to treat them.

When the NCI-60 was established, researchers had a very different conception of cancer, says James Doroshow, director of the Division of Cancer Treatment and Diagnosis at the NCI in Bethesda, Maryland. “Thirty years ago, the idea was that if you found a drug that worked on six breast cancer cell lines, then you could use it to treat breast cancer,” he says. “Well, it doesn’t work that way.”

Since then, breast cancer has been broken into subcategories that are based on genetic mutations — and each category may respond differently to treatment.

Many pathologists would be hard pressed to guess what kind of tissue the cells in an NCI-60 cell line came from, says Antonio Jimeno, a cancer researcher at the University of Colorado School of Medicine in Aurora. Like most other cancer cell lines, the NCI-60 have lived for thousands of generations in culture, an environment that differs radically from their native one. Over time, the cells have adapted to life in plastic petri dishes, altering their genetic make-up and behaviour.

The NCI will continue to supply the NCI-60 cell lines to researchers, but will eventually refocus its drug screening on newer models. It is developing hundreds of ‘patient-derived xenografts’ (PDXs), which are created by implanting small chunks of human tumours into mice. There, the tumours grow in an environment that, although not human, better mimics their native environment. The tumours can be harvested and reimplanted in other mice, allowing researchers to study a given tumour in multiple animals. The NCI will distribute cells from those PDXs, as well as data regarding each tumour’s genetic make-up and gene expression patterns, and the donor’s treatment history.

In addition, the institute will make cell lines from the samples for use in more detailed biochemical studies and drug screening. For some cell lines, the repository will also contain cultures of associated, non-cancerous cells called fibroblasts, to allow researchers to learn more about how these cells can influence a tumour’s response to treatment. The institute is also developing cell cultures and xenografts from tumour cells circulating in the blood, an approach that will allow researchers to model tumours in locations that are difficult for surgeons to biopsy. Doroshow estimates that his team is about a third of the way to its initial goal of producing 1,000 models, but will probably only have about 75 models ready for distribution when the repository opens.

The NCI effort reflects a wider trend: several institutions have begun to develop repositories of PDX models. Sixteen European institutions have banded together to form EurOPDX, a consortium that boasts 1,500 PDXs. The Jackson Laboratory, a non-profit company in Bar Harbor, Maine, has 450 PDXs, and another 100 in development. Many more reside in pharmaceutical companies: last year, the Swiss pharma giant Novartis published a drug screen using 1,000 PDXs1.

PDXs have also garnered media attention as possible models to guide treatment of individual patients: mice bearing PDXs could serve as ‘avatars’ to allow physicians to screen for the most-effective treatment regimen. But the process of generating a PDX is often too slow to benefit the donor, says Edison Liu, chief executive of the Jackson Laboratory. Instead, Liu sees Novartis’s approach — studying large collections of PDXs for ways to help future patients — as more promising.

Such models promise to capture the genetic complexity of human cancers better than can old cell cultures or genetically engineered mice, but PDXs also have shortcomings. Most are generated in mice that lack normal immune responses, to prevent the human cells from being rejected. The recent success of cancer therapies that harness the immune system to fight tumours has researchers clamouring for models that can better incorporate immune responses, says Liu. Efforts are under way to engineer mice with aspects of the human immune system, but no mouse has been made that fully reflects that complexity.

Despite their limitations, some researchers say they have already translated PDX results into clinical gains. Livio Trusolino, a cancer researcher at the University of Turin in Italy, and his colleagues mined their collection of 600 colorectal cancer PDXs.

At the meeting in New Orleans, Trusolino discussed data showing that PDXs from these tumours respond better to a combination of drugs already available for the treatment of breast cancer — a result that was then borne out in a small clinical trial.

”For the first time in my life, my results have been translated into a benefit for patients,” he says. “It is very rewarding.”