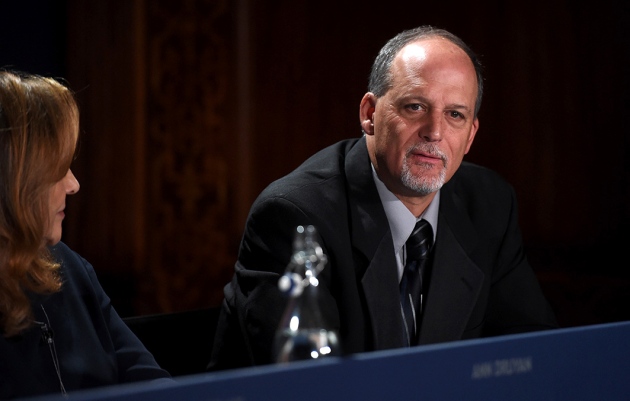 Exoplanet-hunter pioneer Geoffrey Marcy has resigned from his job and some of his research projects.

Twenty years ago this month, Geoffrey Marcy narrowly missed out on becoming the first astronomer to find a planet orbiting a distant star. Beaten to the discovery by a pair of Swiss scientists, Marcy and his colleagues went on to rack up an astonishing list of other extrasolar planet sightings, from the first multiplanet system around a Sun-like star to the first Neptune-sized exoplanet. It was the kind of career that triggered talk of a Nobel prize.

On 14 October, Marcy resigned from the University of California, Berkeley, in the wake of a sexual-harassment scandal that involved multiple students over many years. He leaves a field that has expanded far beyond his early influence — and many researchers who hope that the harassment revelations will lead to improvements in working conditions for women in astronomy.

Having such a prominent researcher involved in a high-profile harassment case may prompt more scientists to recognize the deep-seated problem, says Julianne Dalcanton, an astronomer at the University of Washington in Seattle. “Perhaps moving forward, more people will be part of the solution,” she says. Already, astronomy departments at many universities are starting to hold open discussions about how to prevent abuses on their campuses.

“The damage he has caused and the culture which enabled it to happen still need to be addressed,” adds Laura Lopez, an astronomer at the Ohio State University in Columbus.

Statistics paint a grim picture for US women in astronomy. Just 14% of full professors in the field at US universities are women, according to a 2013 survey by the American Astronomical Society (AAS) Committee on the Status of Women in Astronomy. Studies suggest that sexual harassment is pervasive in academia. In an April 2015 survey of students, faculty members, staff and alumni in Marcy’s department at Berkeley, more than one-third of 45 women reported some form of sexual or gendered discomfort brought on by the actions of other members of the department.

Prompted by formal complaints, Berkeley investigated Marcy and concluded in June that he had violated campus sexual-harassment policies in incidents involving students between 2001 and 2010. (Marcy became a professor at the university in 1999.) The revelations became public in a 9 October article on BuzzFeed News. Berkeley administrators said that because they could not unilaterally discipline a faculty member, they had reached an agreement with Marcy in which he would be stripped of faculty career protections and be subject to sanctions or dismissal if he violated policies again.

Astronomy faculty members and students at Berkeley protested against the university’s response, and Marcy resigned. San Francisco State University, where he worked before Berkeley and had retained an adjunct position, terminated its relationship with him.

“We should all take a close look at our own institutions and professional networks and ask what we might do differently.”

The fate of Marcy’s research projects remains unclear. That includes his work helping to lead NASA’s planet-hunting Kepler mission, and with the Automated Planet Finder, a robotic 2.4-metre telescope at Lick Observatory in northern California that searches for rocky planets. Marcy has resigned as a principal investigator of Breakthrough Listen, a US$100-million project announced in July to accelerate the search for signs of intelligent life in the Universe. The mission will continue to be overseen by Berkeley astronomers Andrew Siemion and Dan Werthimer, among others.

Although Marcy was a pioneer in exoplanet research, the field has grown far beyond him, says Mercedes López-Morales, an astronomer at the Harvard-Smithsonian Center for Astrophysics in Cambridge, Massachusetts. She hopes that the quick and nearly universal condemnation of Marcy’s actions will encourage young researchers, particularly women, to pursue exoplanet research. “Marcy represents the exception, not the rule, in our field,” says López-Morales.

Among those swift responses was a statement from the AAS. The Marcy case “offers an important opportunity for all of us to discuss, within our groups and institutions, what responsibilities we have as professionals and how we can ensure that everyone in our profession is afforded a safe, supportive workplace”, it reads. AAS president Meg Urry, an astronomer at Yale University in New Haven, Connecticut, is a long-time advocate for improving working conditions for women. After the Marcy revelations, Urry set up a task force to develop procedures and sanctions related to misconduct, for inclusion in the society’s code of ethics.

“We should all take a close look at our own institutions and professional networks and ask what we might do differently,” says Heather Knutson, an exoplanet researcher at the California Institute of Technology in Pasadena.

Compared with other fields of science and other countries, US astronomy has been relatively progressive in tackling workplace issues for women and other minorities. The AAS Committee on the Status of Women in Astronomy runs a website with discussion and specific advice on topics such as bullying. Volunteers have also started a programme called Astronomy Allies, which serves as a buddy system to walk people home from astronomy-related parties and conference events.

Other research areas should also pay attention, Lopez says. “Sexual harassment is a problem endemic to all fields in academia,” she says, “and Marcy’s case should serve as a reality check for everyone, not just for astronomers.”