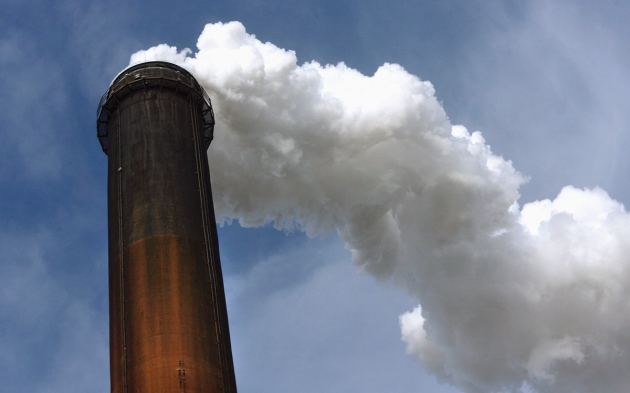 Power plants account for more than one-third of US greenhouse-gas emissions.

US President Barack Obama’s administration has taken its boldest step yet on climate change. Draft regulations unveiled today by the US Environmental Protection Agency (EPA) call for power plants to cut carbon dioxide emissions 30% from 2005 levels by 2030.

The plan would allow states to use a variety of approaches to cut emissions, including shifting from coal to natural gas or renewable energy sources for power generation, improving energy efficiency and joining regional cap-and-trade programmes.

“The glue that holds this plan together, and the key to making it work, is that each state’s goal is tailored to its own circumstances,” said EPA administrator Gina McCarthy at a press conference today announcing the proposal.

The EPA’s plan is less ambitious than some floated by environmental groups, such as the Natural Resources Defense Council, which has called for slashing emissions by up to 36% by 2025. Because CO2 emissions from US power plants decreased by 12% between 2005 and 2012, the EPA’s plan amounts to a 20% reduction from current emissions by 2030.

That would put the United States on track to meet Obama’s 2009 pledge at United Nations (UN) climate talks in Copenhagen to cut US greenhouse-gas output 17% below 2005 levels by 2020.

“This is going to determine [Obama’s] legacy on climate, frankly,” says Conrad Schneider, advocacy director for the environmental group Clean Air Task Force in Brunswick, Maine. “This is the linchpin.”

It is unclear what impact the US action will have on the long-running international impasse over global climate targets. But Christiana Figueres, executive secretary of the UN Framework Convention on Climate Change, says that the EPA proposal “will send a good signal to nations everywhere that one of the world’s biggest emitters is taking the future of the planet and its people seriously”.

The plan has already sparked a furore among conservative politicians, electric utilities and business groups, who say that it would increase energy costs for consumers. A 28 May report from the US Chamber of Commerce, for example, argues that the power-plant regulations will cost the US economy US$50 billion a year. EPA disputes the figure, noting that the Chamber's report assumed the agency would require the use of carbon capture and sequestration technology at new natural gas-fired power plants, which is not the case.

The EPA is accepting public comments on the proposal, which it expects to finalize by June 2015. States would then be required to submit plans for meeting their emissions targets by June 2016. That schedule would have the emissions rule taking effect before Obama leaves office in January 2017.

It is likely that the proposed regulations will draw legal challenges. Environmental groups say that they are optimistic that the Obama administration will prevail, citing a recent string of victories in cases involving federal climate regulations. “Lawsuits are part of the normal business,” says David Doniger, a policy director for the Natural Resources Defense Council in Washington DC.