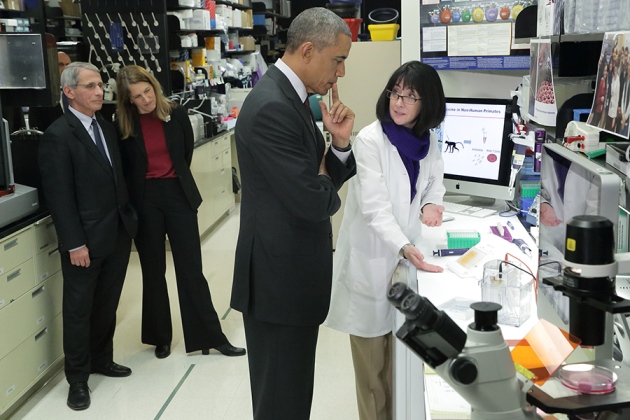 After years of uncertainty, the US government has revived an effort to update regulations that govern human-subjects research. The revision would be the most significant change to the rules since they were introduced in 1991.

On 2 September, the US Department of Health and Human Services (HHS) announced a proposal to address concerns that have emerged since the regulations — known collectively as the 'Common Rule' — took effect more than two decades ago. These issues include the need for overlapping ethics reviews of studies conducted at multiple sites, and the rise of genomic technologies that can identify the donors of anonymized samples.

The HHS will begin a 90-day public comment period on the proposal next week and will decide how to proceed once that concludes, says Kathy Hudson, deputy director for science, outreach and policy at the US National Institutes of Health (NIH) in Bethesda, Maryland.

The HHS solicited public comments on a similar proposal in July 2011. As the years ticked by without further word on the fate of the revisions, observers grew concerned. “I was totally worried,” says Ezekiel Emanuel, a bioethicist at the University of Pennsylvania in Philadelphia, who helped to launch the effort. “It was stalled.”

Hudson attributes the delay in part to the need to achieve consensus among the 18 governmental departments and agencies that follow the Common Rule.

Research has changed dramatically since the policy was first established. Clinical trials are now frequently conducted at multiple sites, with research protocols often reviewed by individual ethics committees at each place. As a result, it can take a year or more to gain approval for a large, multi-centre trial.

The proposed revisions would streamline this process by authorizing a single ethics review for such studies. The NIH plans to enact a similar provision later this year, notes Hudson, but the proposed Common Rule changes would extend this to other agencies.

The update also suggests simplifying reviews of research deemed to be of minimal risk to participants — a change that would reduce the burden on social scientists who are conducting surveys or collecting oral histories, among others. This would better protect patients by allowing overtaxed ethics committees to focus their attention on higher-risk research, says Emanuel.

Another major provision would require a person’s consent to store his or her samples for unspecified future research. At present, such consent is required only when a subject's name or other identifying information is associated with the sample. Stripping that data frees the sample for distribution to researchers without consent.

But the rise of genomic sequencing has raised questions as to whether such samples can ever be truly anonymized, because researchers have been able to trace back the identities of some subjects based on their DNA sequences. “The people who are participating in research and providing pieces of themselves should be providing permission as well,” says Hudson.

That change could put a damper on some research, notes Barbara Koenig, a medical anthropologist at the University of California, San Francisco, who has studied efforts to collect samples from newborn babies to screen for disease. “There’s a huge public benefit from the research done with de-identified samples,” she says. “Requiring explicit consent is going to throw a wrench in that.”

Dora Hughes, a senior policy adviser at the law firm Sidley Austin in Washington DC, says that the firm's clients in the pharmaceutical and medical-device industries could also be affected by the steeper requirements. But she commends the HHS for not applying those requirements retroactively to existing samples — a possibility that the HHS considered during early talks about the proposed Common Rule changes, says Hughes, a former department counsel. “That discussion raised the spectre of millions of samples that could not be used for research and would otherwise go to waste,” she says.

Overall, Koenig says, the Common Rule was in dire need of an update. It is uncertain how long it will take to finalize it, but Hudson says that it is unlikely to take another four years. She adds that the revision would play an important part in facilitating the US Precision Medicine Initiative, a massive US government effort to collect genetic, physiological and other health data from 1 million volunteers, which is now in the planning stage. “This is really important,” Hudson says. “We can’t dilly-dally to get to the final rule.”