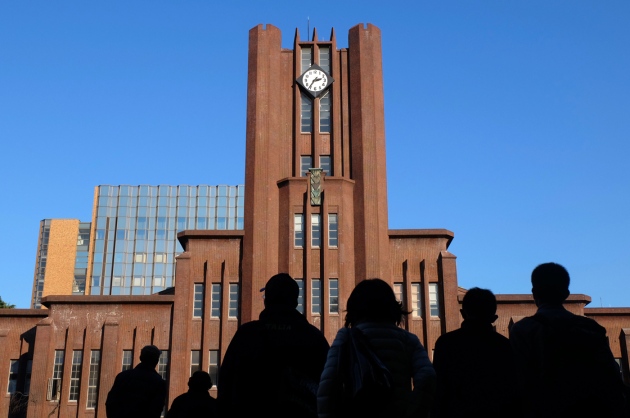 The University of Tokyo, where Yoshinori Watanabe is a cell biologist.

An investigation at the University of Tokyo has found that one of its most prominent scientists, cell biologist Yoshinori Watanabe, committed scientific misconduct in five papers1, 2, 3, 4, 5. Another former member of the same laboratory was also found guilty in the same investigation.

The university has yet to punish Watanabe, but the year-long investigation has already taken its toll. Colleagues report that his lab members have already cleared out and that he lost his only major grant, leaving his career in tatters even before the university issued its judgment.

The case has shaken the community of scientists who study how cells divide, in which Watanabe was a pillar. “Watanabe is a giant of science with incredibly impressive discoveries,” says Iain Cheeseman, a cell biologist at the Whitehead Institute for Biomedical Research in Cambridge, Massachusetts. “These are discoveries that have been validated, repeated, built on, and continue to be central to our understanding of cell division.”

In May, a university investigative committee, having completed an eight-month inquiry, concluded that five of Watanabe’s papers, published between 2008 and 2015, contained manipulated images. Watanabe was given a chance to respond to the charges by the University of Tokyo committee. But after news of the report was leaked to the Japanese press, Watanabe also posted his defence online in June.

In that post, Watanabe admitted that the five papers included problems. Most of his research details the interactions between proteins that guide the separation of chromosomes as cells divide. In the five papers, several illustrations intended to show which proteins were involved in a particular experiment “were captured under different imaging conditions” or “improperly processed”, Watanabe said. Different data sets were also “improperly combined into a single graph”, he added. But Watanabe maintained that these manipulations were not intended to deceive and that none undermined the main conclusions of the papers.

Some of Watanabe’s peers who were contacted by Nature accepted that explanation. “I find it impossible to think that these mistakes were dictated by the intention to deceive the scientific community or falsify the data,” says Daniela Cimini, a cell biologist at Virginia Polytechnic Institute and State University in Blacksburg.

Other experts were more dubious. “If the data were manipulated, what does it matter whether the conclusions are right or wrong?” says Angelika Amon, a cell biologist at the Massachusetts Institute of Technology in Cambridge. Amon thinks that action needs to be taken in such cases. “There is no grey area here. Data manipulation is scientific misconduct.”

The University of Tokyo investigation found that intentional enhancement of images was common in Watanabe’s lab. According to the report, Watanabe even taught members how to perform these alterations to make them more convincing  — a practice confirmed by a former lab member who asked not to be named. Yuji Tanno, a former assistant professor in Watanabe’s lab, was also found guilty of misconduct in one of the papers. However, the report noted that Tanno was also the victim of poor mentoring on Watanabe’s part.

Another university committee will now recommend to Watanabe whether to retract or correct each of the five papers. Watanabe has already issued a correction for one of the papers, which was published in EMBO Reports1. In his online defence, Watanabe said he was considering whether to retract a 2015 Science paper2 that contained 11 images and figures that he said need to be corrected.

Watanabe did not immediately respond to an e-mail from Nature's news team asking him for comment on the allegations in the University of Tokyo report. In a statement posted to his lab homepage on 1 August, he apologized for the errors and reiterated that he had never tried to change the fundamental results of experiments. “Hearing that these types of behaviors constitute fabrication and falsification fills me with regret,” Watanabe wrote.

Representatives for Science said that the journal is in contact with the authors and hopes to resolve the issue soon. Those at Nature have not yet responded to questions about the status of Watanabe’s two Nature papers flagged in the report4, 5. (Nature’s news team is editorially independent from the journal Nature.)

The University of Tokyo said that it would decide what penalties to apply only after looking into additional papers from Watanabe’s lab.

However, the investigation has already derailed Watanabe’s career. As of March, all 15 membersof Watanabe’s lab have left, according to a former member who asked not to be named because of the sensitivity of the situation. Watanabe’s major grant — a 5-year, 416-million-yen (US$3.7-million) award from Japan’s science ministry that was due to run until March 2018 — was suspended last March. “He is virtually and heavily punished already, even without any decision from the university,” says the former lab member.

This story originally gave the wrong number for the images in the 2015 Science paper; this has been corrected.