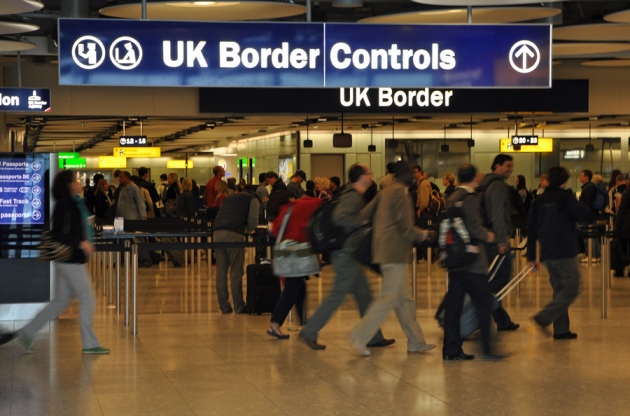 The United Kingdom’s increasingly tough stance on immigration is driving foreign scientists to competing nations, the academic community has warned.

At a meeting with the Home Office last month, representatives of leading universities and scientific organizations said that unwelcoming government rhetoric about reducing immigration, together with complicated visa procedures for visiting researchers, make Britain an unattractive destination for scholars.

The Campaign for Science and Engineering (CaSE) in London, which promotes science-friendly policies and coordinated the meeting, is now actively lobbying the government to change its policies to avoid scaring away international students and academics. The House of Lords, the upper chamber of Parliament, has started an investigation.

“The really big issue is the one of how the UK is perceived internationally and how attractive it seems to people who wish to come here,” says Sarah Main, director of CaSE.

She adds that CaSE’s members, which include universities, scientific societies and businesses, have expressed concern both about the complexity and bureaucracy of certain visa schemes, and more generally “about the welcome being offered to often very senior academics and professionals” when they try to come to the United Kingdom.

In 2010, CaSE launch­ed a campaign to keep the United Kingdom open to scientists (see Nature 468, 346; 2010). Subsequently, the government altered various rules; for example, it exempted employers of PhD-level staff from a requirement to prefer candidates who already have UK residency.

In addition, a whole new visa type — the ‘exceptional talent route’ — was launched to attract skilled migrants (see Nature 476, 243; 2011). This created up to 700 places per year for scientists to enter the United Kingdom, if they are endorsed by the Royal Society, the Royal Academy of Engineering or the British Academy. There are also 300 places for people working in the arts.

But the success of these moves has been mixed, and in recent months the government has been taking a harder line on immigration. It now wants to reduce net migration to the United Kingdom from 182,000 people in 2012 to tens of thousands per year by 2015.

Susan Kay, executive director of the Engineering Professors’ Council in Horsham, says that scientists complaining about the immigration system “have been getting louder”. “We’re now viewed overseas as quite a potentially unwelcoming place to be for academics,” she says.

The visa system “needs to be simpler, it needs to be more accessible”, says Kay, who was at the CaSE meeting and was “very much encouraged” by the Home Office’s receptiveness. In a statement, immigration minister Mark Harper said that the government was building a system that “supports growth by curbing abuse, while still welcoming the brightest and the best”.

However, the Home Office may argue that the scientific community has not exploited the concessions that it was granted in 2010. The exceptional-talent system has been hugely undersubscribed, with only 89 applicants in total entering the United Kingdom through this route between its launch in 2011 and June 2013. The reasons for this are unclear.

“It’s a shame. It means universities are missing out on exceptionally talented people who could be using that route. Second, they’ve lost the argument with the Home Office if they don’t make this work,” says Ian Robinson, a senior manager at immigration law firm Fragomen in London. He helped to design the exceptional-talent route while working at the Home Office.

Robinson says that the UK system has many advantages. It is based on checking applicant-supplied evidence against set criteria, so it provides certainty that can be lacking in more subjective methods, such as the US and Australian interview systems (although US immigration rules are currently being reformed; see ‘Principles for compromise’). It is also fast — according to figures from Fragomen, a work-visa application to the United Kingdom is processed in an average of 15 days or fewer, versus 46–60 days for France and Germany, and 76 or more for Spain and Italy.

In a move that may aid scientists who want to live and work in the United States, Republican party leaders in the House of Representatives released a set of principles for immigration reform on 30 January. It marks a tentative sign that they might consider compromising with broader efforts passed by the Democratic-controlled Senate.

Under current policy, the thousands of scientists and engineers who seek permanent residence in the United States must compete for a total of 140,000 ‘green cards’ each year. Per-country limits on those permits often leave applicants from China, India and other oversubscribed countries waiting years for approval.

A Senate bill passed last June would relieve the green-card backlog by eliminating country-based caps (see Nature 499, 17–18; 2013). The measure would also create an unlimited number of green cards for immigrants with master’s or doctoral degrees in science, technology, engineering or mathematics (STEM) subjects from US universities.

But the House, controlled by Republicans, baulked at the sweeping plan, which included a controversial path to citizenship for illegal immigrants. It chose to pursue smaller immigration proposals. One measure, in the works since last year, agrees with scrapping country limits on green cards, but would give 55,000 spots to holders of advanced STEM degrees from US universities.

For any of the bills to become law, the two parties must overcome deep divisions on issues that have nothing to do with visas for scientists. The principles floated last week include options for granting limited legal status to illegal immigrants — a significant step towards the Democrats’ position, and a sign that negotiations on immigration reform could restart.

But immigration reform has eluded lawmakers for years, and few observers are holding their breath. “It’s hard for me to get too excited right now, until we start seeing people start to come out and say more,” says Benjamin Corb, director of public affairs for the American Society for Biochemistry and Molecular Biology in Rockville, Maryland.

Overall, says Robinson, concerns are “largely down to perception. Generally the system does work. Myth-busting is needed — the Home Office and the scientific community need to go out there and say this is the system and this is how you use it.”

Student immigration is also a source of concern, with statistics released last month showing that the number of students coming to the United Kingdom from outside the European Union fell from 302,680 in 2011–12 to 299,970 in 2012–13 — the first recorded drop ever. Rules on student visas have been toughened up in the past few years; for example, in 2011 restrictions were placed on graduates who stay on to work after they complete their studies.

“We’re now viewed overseas as quite a potentially unwelcoming place to be.”

A House of Lords committee is this week holding the first evidence session of an inquiry into whether visa problems are deterring science and engineering students. John Krebs, who heads the committee, told Nature that there is “ongoing concern” about the issue.

Another concern is the problems faced by scientists seeking to visit the country to attend conferences or give talks, who fall into the ‘academic visitor’ visa category. In January to September last year, the UK Border Agency received 4,770 applications for such visas, and rejected 625 (13%). The grounds for rejections are not published, but the rejection rate has stayed roughly consistent for the past six years.

Denis Noble, president of the Inter­national Union of Physiological Sciences and a systems biologist at the University of Oxford, was involved in organizing last year’s union meeting in Birmingham, which attracted around 3,200 delegates. But in the weeks before the conference, he says, he spent nearly all of his time dealing with visa problems experienced by around 40 people who wanted to attend.

“From the experience I’ve had, there is an image problem in the United Kingdom. It’s important that the right people try to put that right,” he says.