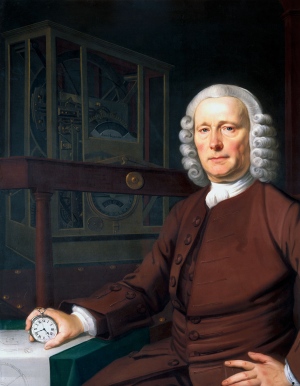 The British clockmaker John Harrison spent 40 years on improving the accuracy of marine chronometers, which was necessary for ships at sea to estimate their geographic coordinates.

What should be the next grand innovation challenge in science? That is the question being put to the British public today to help in awarding the £10-million (US$17-million) Longitude Prize, designed to help overcome one of the world’s most pressing scientific problems.

As part of the prize, more than 100 leading scientists have identified six major scientific problems, and the public are being invited to vote on which one should be made the focus of the challenge. The six problems include food, water scarcity, climate change, antimicrobial resistance, paralysis and dementia. The public voting will start on 22 May and will go on until 25 June. Inventors around the world will then have five years to work on the problem. The team that comes up with the best solution will receive the £10-million prize. Votes will be collected on the webpage of the BBC2 television show Horizon.

The award was announced last June by UK Prime Minister David Cameron. It commemorates the 300th anniversary of the Longitude Act, a law passed by the British government in 1714 to offer a prize for solving one of the biggest logistical problems of the time: finding an easy and accurate way of determining longitude, so that ships would not get lost at sea. John Harrison, a clockmaker from Yorkshire, won the £20,000 challenge by designing a portable timepiece, or chronometer, which enabled mariners to accurately estimate their longitude by marking the motion of the stars.

The six challenges for the twenty-first century are also very specific. In the climate-change category, for example, the challenge is to build a 'green' aeroplane that can fly from London to Edinburgh at a similar speed to ordinary airliners, while emitting almost no carbon. In the water category, inventors will be asked to design a cheap, environmentally sustainable technology to desalinate water for drinking and agriculture. And for the antibiotics category, which aims to fight the growing resistance of bacteria to antimicrobials, researchers would have to develop a cheap, user-friendly and accurate test for bacterial infections that would help physicians to prescribe antibiotics only when needed — and for the right kind of bacteria.

The prize fund is provided by the UK government’s Technology Strategy Board, while the prize itself will be awarded by Nesta, a UK charity that aims to foster innovation. The prize committee is chaired by Britain's Astronomer Royal, Martin Rees. (Philip Campbell, Nature's editor-in-chief, is also a member of the committee.)

The six challenges chosen by the committee reflect the most pressing issues of today, says biochemical engineer Robert Langer of the Massachusetts Institute of Technology in Cambridge, who was one of this year’s winners of the Breakthrough Prize in Life Sciences (see 'Science prizes: The new Nobels'). “This prize will encourage scientists and engineers to address the most important problems of our time,” he says. “Bringing the importance of science and engineering in general to the public is a highly worthy objective.”

In its search to select the six challenges, Nesta looked at the work of many scientists who are already involved in tackling some of the world’s biggest problems. For instance, Grégoire Courtine of the Center for Neuroprosthetics at the Swiss Federal Institute of Technology in Lausanne and his team are studying ways of making paralysed rats walk again after a severe trauma. They inject the animals with drugs in their spinal cords, and use electrical stimulation and a robotic exoskeleton to retrain the rats' neural systems so get them to walk again.

Courtine hopes to invent a similar system that helps paralysed people to walk. “There are solutions that are staring us in the face. We are entering a new era when the time has come for [helping] motor-impaired people to move.”

And for the water-shortage challenge, Nesta followed the work of mechanical engineer Shreya Dave of the Massachusetts Institute of Technology. Dave is developing methods to make extremely thin, porous membranes for desalination by reverse osmosis, using atom-thick sheets of carbon called graphene.

“Just as maritime navigation was critical in the 1700s, sustainability, access to fresh water, feeding seven billion people, and future energy sources are the global issues today,” she says. “For us, this is a wonderful opportunity to present our research in the broader context of solving the desalination challenge and make our visions of cheaper fresh water that much closer to reality.”