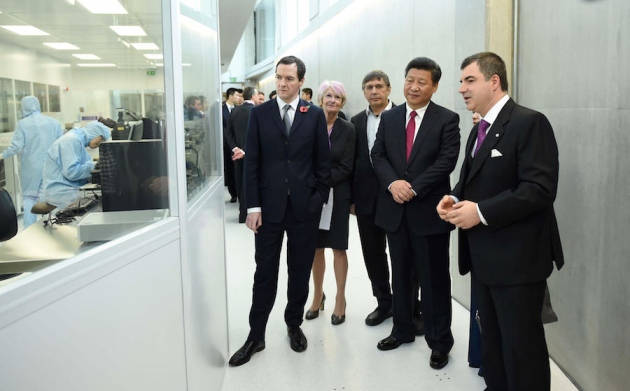 The £61-million (US$89-million) National Graphene Institute (NGI) at the University of Manchester, UK, has been open for little more than a year. But a parliamentary inquiry into the United Kingdom’s efforts to capitalize on graphene is already putting the institute's progress under scrutiny.

The inquiry, which heard evidence from key players in the graphene field last week, was prompted in part by allegations in the Sunday Times newspaper in March. These included concerns that the NGI was not doing enough to protect valuable intellectual property around graphene. The university has denied all these allegations. But senior research leaders say that hand-wringing about progress at the NGI typifies broader worries about the United Kingdom’s approach to industrial research and development.

The NGI’s host city styles itself the ‘home of graphene’: physicists Andre Geim and Kostya Novoselov first described their successful isolation of graphene1 at the University of Manchester in a paper published in 2004, and they shared the 2010 Nobel Prize in Physics for their work. The institute aims to bring academics and industry researchers together to develop applications for the atom-thin carbon material. It would put the United Kingdom “in pole position to lead the world in graphene technology”, said UK chancellor George Osborne when he officially opened the NGI in March 2015.

But any impression that the NGI could churn out commercial products was unrealistic, researchers say. The institute does not have adequate funding to enable it to take applications from the lab bench to market, Geim told the UK House of Commons Science and Technology Select Committee on 26 April. Manchester received £38 million in UK government funding to establish the NGI, but the university was expected to support ongoing operations; essentially, it was “held responsible for commercialization”, he said. “All of it was done from the university's coffers,” Geim added. “There was an initial building and equipment for the university, but there are no running costs.”

That makes the institute a perfect example, Geim said, of how UK universities have been expected to fill a void of industrial research and development (R&D) spending in some science sectors. Over the past 30 years, UK business R&D spending has dropped from 1.5% to 1.1% of gross domestic product, whereas in other leading economies, it has grown. 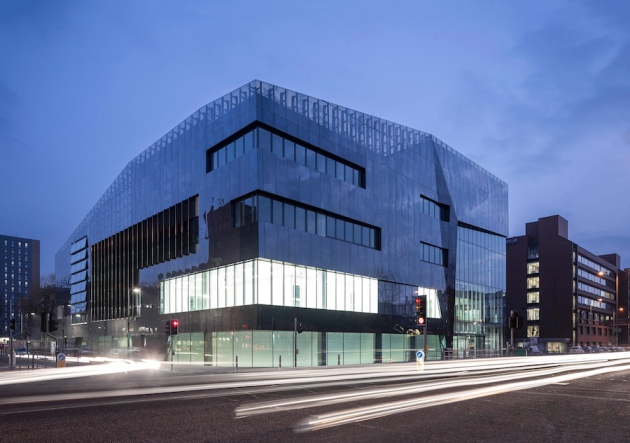 In a statement to the inquiry, the University of Manchester said that the NGI has a goal of bringing graphene technology to a proof-of-concept stage. It stressed that although the NGI only has two ‘strategic partners’ for its graphene activities — companies that have the product engineering and design expertise needed to commercialize the material — it has almost 50 graphene-project partnerships with firms including BP and Airbus, and has raised £7.4 million from those partnerships over the past 2 years.

But those involved in the institute say that they are frustrated by the lack of UK commercial interest in graphene. “It's a big problem, trying to find the investment to take some of this innovation to market,” says Colin Bailey, deputy president and deputy vice-chancellor of the University of Manchester. He had to look abroad to find a first strategic partner for the NGI — and even then, he had to become closely involved in guiding the firm's commercial plans (see 'A graphene case study').

The underlying problem is that the United Kingdom does not have many firms that are well placed to exploit graphene in commercial applications, says Richard Jones, pro-vice-chancellor for research and innovation at the University of Sheffield, UK. For graphene, which is renowned for its electrical conductivity, transparency and strength, the right kind of businesses might include battery manufacturers or electronic-display companies — not Britain’s forte. That may illuminate another long-term nagging worry for the UK: the nation holds less than 1% of the world’s graphene patents. (China holds about half; the world’s single-largest graphene patent holder is South Korea’s Samsung.)

“There was never going to be an industrial base to exploit graphene in the UK, because we don't have the industries to do that,” says David Price, vice-provost for research at University College London, who co-authored a written submission to the inquiry. Price questions whether the NGI offers the best model for translating research into applications.

Nonetheless, the University of Manchester is about to start building a second graphene centre, aimed at helping new technologies to move through the later stages of commercial development. The Graphene Engineering Innovation Centre (GEIC) is expected to be completed next year, with its £60-million price tag split between government funders and Masdar, a renewable-energy company based in Abu Dhabi.

But if it wants to boost innovation, the UK government has to do more than create centres that supply new technologies, says Jones. “There’s not enough focus on where the demand for new inventions is coming from, and how you promote that demand,” he says — spin-outs and small enterprises cannot achieve a graphene revolution on their own.

The National Graphene Institute (NGI) at the University of Manchester, UK, is not focused on spinning out commercial firms, but it does have two strategic partners — companies with which it works particularly closely to develop products. One, BGT Materials, also in Manchester, had kept a low profile until the company’s UK research and development manager, Liam Britnell, appeared at an inquiry by the UK House of Commons Science and Technology Select Committee on 26 April. “We have definitely tried to keep under wraps what we’re doing,” he told Nature. “There’s no advantage to shout from the rooftops.”

The partnership began when in 2013 the University of Manchester's deputy vice-chancellor Colin Bailey, negotiated a deal with BGT Material's predecessor, Bluestone Global Tech, which the university described as “one of the world’s largest graphene manufacturers”, with laboratories in New York and Taiwan. It would pay £5 million (US$7.3 million) to the university to open its European base there, and collaborate in research projects. Its chief executive, Chung Ping Lai, said that the firm would expand its graphene-film production by tenfold that year. But after about a month, the firm’s contract with the university was terminated. Its planned manufacturing expansion never happened, says Xuesong Li, a co-founder at Bluestone, who is now at the University of Electronic Science and Technology of China in Chengdu and who helped to develop a widely used graphene-production method2. University of Manchester physicist Andre Geim told the select committee this week that the company “burned US$50 million” trying to get graphene products to market and “went bust, essentially”.

Undeterred, Lai immediately founded BGT Materials and signed a contract to pay the University of Manchester £3 million for collaborative work. By mid-2014, however, BGT Materials was strapped for cash, and asked the university to exchange its debt for shares in the company. Bailey said that he would support this if the company reoriented away from manufacturing graphene, and towards making graphene-based products. In 2015, the University of Manchester took an 18% share in the firm, which cleared the debt — after Bailey had become involved in the firm’s operations as a director, shareholder, and then chair of the company. Geim is also a director and shareholder of the company, and says he will reinvest any income into the university's graphene efforts. This was all done with the university’s permission; there is no suggestion that Bailey, Geim, Lai, the NGI or the university have acted improperly.

Bailey took on the same positions at Graphene Lighting, a subsidiary of BGT Materials that aimed to commercialize a lightbulb that uses graphene to carry heat away from a light-emitting diode (LED) to improve its efficiency. But the lighting firm was cold-shouldered by UK investors, says Bailey: he spent months trying to raise money for a graphene-lightbulb-manufacturing centre in Manchester, with no success.  Eventually, Graphene Lighting acquired venture-capital funding from investors in Canada, in exchange for shares, and established a manufacturing base in Taiwan. “It's a big disappointment for me personally,” admits Bailey. “The long-term aim is to get some production back here in the UK.”

Bailey resigned his directorships of BGT Materials and its offshoots in December 2015, for personal reasons.