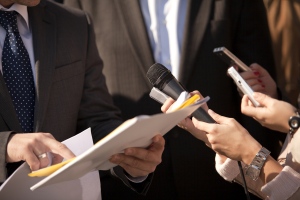 A controversial policy change that seemed to deter UK scientists in government laboratories from talking to the media is not as far-reaching as it at first appeared — although the issue is still mired in confusion.

On 16 March, Britain's Civil Service Code was amended to state that any UK civil servants must obtain “ministerial authorisation for any contact with the media”.  That, critics feared, could effectively prevent thousands of scientists from talking freely to journalists about their work.

But the Cabinet Office, the department that oversees the UK Civil Service, has now confirmed to Nature that a code governing the conduct of civil servants does not apply to employees of organizations that are not directly part of government departments. This means that the seven UK research councils (agencies that administer much of UK government science spending and which employ many researchers directly in their own institutes) are not affected.

After confusion about whether the rule change did apply to research council staff, Research Councils UK, the umbrella group for all the agencies, said in a statement yesterday: “We have now received clarification that there will be no necessary changes to existing guidance from Research Councils to scientists on engaging with the media and the public.”

Fiona Fox, chief executive of the Science Media Centre (SMC), a London-based charity that seeks to link researchers and journalists, says that she was aware of several scientists who thought the rule change did apply to them, and who had turned down interview requests as a result. The SMC and other media organizations groups warned last week that the change would harm public discourse on scientific issues.

“This clarification is very welcome and will come as a great relief to my friends in research councils who were extremely concerned about the possible impact of this change,” says Fox. But she warned that the rule change still seemed to apply to other scientists, such as climate and weather researchers at the Met Office, which is part of the Department for Business, Innovation and Skills.

The Met Office had not responded to Nature’s inquiries about the matter by the time this article appeared.

Further complicating the issue is the fact that government departments are currently under ‘purdah’ — an arrangement that limits what they can say publicly while parties campaign for the general election on 7 May. Although this is unrelated to the code-rule change, it has further muddied the waters because it also affects media engagement.

What happens after the election for scientists who are bound by the code remains hazy. “It is important to remember that, as it stands, this draconian change still seems to apply to thousands of publicly funded scientists,” Fox says.