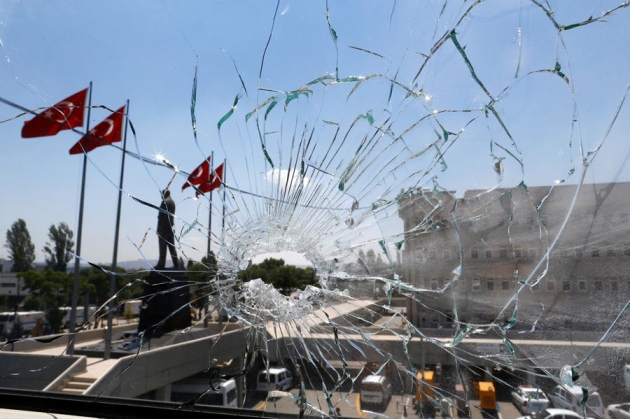 More than a thousand Turkish university staff have been ordered to resign their faculty leadership positions — and others expect to be sacked — in the aftermath of the country’s failed coup on 15 July.

As president Recep Tayyip Erdoğan continues to clamp down on political opposition, the Turkish Council of Higher Education (YÖK) has called for all 1,577 of the country’s university deans — the staff that head up each institution’s various academic faculties — to leave their posts.

Many of the deans may ultimately be re-appointed, but researchers say the move is designed to ensure that Erdoğan maintains tight political control over the education sector, following earlier purges of the country’s military, judiciary and police. And in what amounts to a temporary international travel ban for Turkish scholars, all vacations at universities have also been cancelled, and academics who are abroad for work and holidays have been told to return.

At an emergency meeting of 165 university rectors on 18 July in Ankara, YÖK had told university rectors to identify academics and administrators with connections to the Gülen movement — a religious and social organization that Erdoğan considers to be behind the coup — and to take steps to expel them. Istanbul University immediately suspended 95 academics in various faculties. The council did not invite a further 28 rectors to that meeting, saying that their universities are suspected of being pro-Gülenist. Some of these institutions will be taken over by the state, YÖK said.

In Turkey’s schools, some 15,000 schoolteachers have been suspended and are under investigation, and 20,000 others have lost their licences to teach.

University associations outside Turkey were quick to criticize the measures. On 19 July, the European University Association (EUA) in Brussels issued a statement condemning the news of the university deans' forced resignations. “EUA calls on all European governments, universities and scholars to speak out against these developments and to support democracy in Turkey, including institutional autonomy and academic freedom for scholars and students,” said its president, Rolf Tarrach.

“We are all stunned by the deep and seemingly ruthless attacks on academic freedom by the Turkish government,” said Horst Hippler, president of the German Rectors' Conference, an association of Germany's state-recognized universities.

Details of the travel ban, Istanbul University's actions, and international responses were added to this article after it was first published.