James Bridenstine, a Republican member of the US Congress from Oklahoma, has been tapped to be the next head of NASA. Bridenstine is a strong supporter of lunar exploration and commercial space flight. 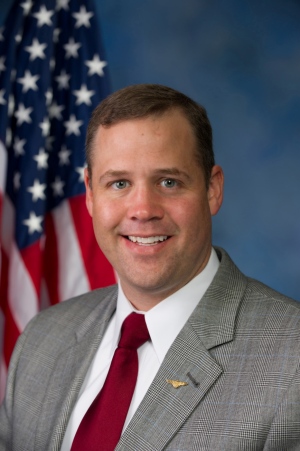 If confirmed by the Senate, he will take the reins of an agency that is building a new heavy-lift rocket to fly astronauts to an as-yet-undecided destination. Bridenstine has repeatedly argued that the United States should return to the Moon — to, among other things, mine water ice to fuel a fleet of satellites with lunar hydrogen and oxygen.

“From the discovery of water ice on the Moon until this day, the American objective should have been a permanent outpost of rovers and machines at the poles with occasional manned missions for science and maintenance,” Bridenstine told a lunar-exploration group last November. “This is our Sputnik moment.”

“Representative Bridenstine is certainly a “different” choice for NASA administrator, but to me the difference is mainly positive,” says John Logsdon, who specializes in space policy at George Washington University in Washington DC. “He has been refining his ideas with diverse audiences over the past months, and would bring to the NASA position a clearer and better-defined strategy for moving ahead than did most of his predecessors as they began their tenure.”

After studying economics, business and psychology at Rice University in Houston, Texas, Bridenstine served as a pilot in the US Navy. He flew combat missions in Iraq and Afghanistan, and in anti-drug operations in Central and South America. He also worked as executive director for an aerospace museum in Tulsa, Oklahoma. Since he was first elected to Congress in 2012, Bridenstine has slowly built up his space-policy credentials, serving on the House of Representatives’ science, space and technology committee and speaking in front of groups such as the US Federal Aviation Administration’s space-transportation conference.

In 2016, Bridenstine introduced legislation in the House that would require NASA to make Mars its “main human spaceflight priority” — presumably after first establishing a Moon base — and bolster the already-growing role of commercial space flight. The legislation stalled at the subcommittee level.

Bridenstine has expressed scepticism about climate change. In a June 2013 speech on the House floor, he disparaged the role of humans in global warming and criticized then-President Barack Obama for spending more money on climate research than on weather forecasting. Bridenstine has argued to exclude greenhouse gases from federal regulation, and to expand oil and gas exploration on federal lands and offshore.

Major challenges facing the next NASA administrator include keeping the development of the Space Launch System heavy-lift rocket and its accompanying Orion crew capsule on track. The first flight of the paired system is meant to be in November 2018 but will probably be delayed, an April report from the US Government Accountability Office found.

“We hope the new administrator embraces NASA’s strong commitment to science and public engagement,” says Heidi Hammel, executive vice-president of the Association of Universities for Research in Astronomy (AURA) in Washington DC. “AURA looks forward to working with the new NASA administrator to ensure that the agency maintains a robust science portfolio.”

Bridenstine would replace Charles Bolden, a former astronaut who flew four times aboard the space shuttle.

In June, the administration of President Donald Trump re-established the National Space Council, an on-again, off-again entity meant to coordinate space activities between various government departments, including civilian and military agencies. Vice-President Mike Pence is chair of the council.

This piece has been updated with comments from John Logsdon and Heidi Hammel.