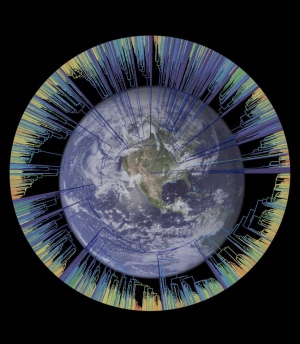 A massive 'tree of life' for all known bird species shows their evolutionary relationships, and where they live today.

“This is the first dated tree of life for a class of species this size to be put on a global map,” says study co-author Walter Jetz, an evolutionary biologist at Yale University in New Haven, Connecticut.

But the endeavour is also controversial, owing to the large number of species for which no sequence data are available. “This is a conceptually brilliant attempt to link space with time while crafting a complete phylogeny,” says Trevor Price, an evolutionary biologist at the University of Chicago in Illinois. “But there are almost certainly introduced artefacts by lacking one-third of the sequences used to create it.”

Jetz and his colleagues built on an extensive phylogenomic study, published in 2008, to divide bird species into 158 clades, well-established groups believed to have evolved from a common ancestor2. Using ten fossils, the researchers dated and anchored that backbone, and placed all the living species on the tree, starting with the roughly 6,600 for which genetic information was available.

For the remaining 3,330 species for which no genetic data were available, the researchers used specific constraints — such as membership in the same genus — to identify where species would most likely be placed in the tree. They then created thousands of possible tree configurations and modeled estimates of speciation and extinction rates for each one to account for the uncertainty. The researchers found that although rapid radiations have occurred throughout time and space, the rate of speciation has sharply increased over the past 40 million years.

Some scientists question the finding. “For a tree this size, any small systematic biases in assumptions, integrated over 10,000 species, may result in the detection of trends that simply didn’t exist,” says Mark Pagel, an evolutionary biologist at the University of Reading, UK. But when the researchers repeated the analysis using only species for which genetic data exists, they saw roughly the same pattern.

The researchers also found some unexpected geographical patterns. “Counter to popular explanations, diversification rate does not vary with latitude,” says Jetz. Instead, the rate varies by longitude, being faster in the Western than in the Eastern Hemisphere. 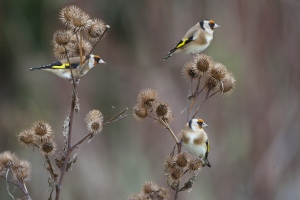 There are nearly 10,000 known species of birds.

Species diversify over time, but it's difficult to account for a species past movements without complete fossil evidence. As a result, the model links a species' diversification rate to its present location — rather than to the time when the species originated, when climate and species distribution might have been very different. “This paper makes an attempt to account for how species disperse, but we aren’t quite there yet,” says Price. More fossils will be needed to verify past movements.

Nonetheless, Jetz says that he expects the tree will stand the test of time. “As more sequence data are added, some details will change, but I can’t really imagine a case where any of the core findings are turned upside down,” he says. “This is certainly not the last word on phylogeny of birds. We hope it will trigger additional efforts to continue improving our understanding of the avian tree of life.”