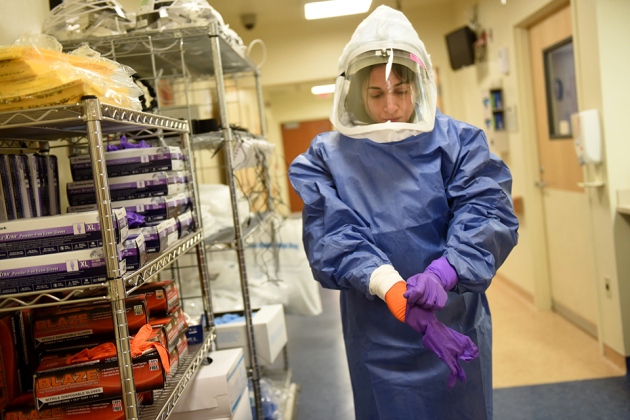 The National Institutes of Health has begun several major initiatives during the Obama administration.

As US president-elect Donald Trump begins to sketch out the priorities of his administration, Nature tracks the key issues and likely leaders of vital science and research agencies.

The National Institutes of Health (NIH) has dreamed big under the current US president, Barack Obama. Now the future of major projects to study the brain, personalize medical treatments and cure cancer is in flux. The Brain Research through Advancing Innovative Neurotechnologies (BRAIN) Initiative seems likely to survive, given that the US Congress has increased its funding each year since its launch in 2013. The future of the Precision Medicine Initiative, which launched in 2015, is uncertain, but the Cancer Moonshot proposed this year seems unlikely to get the funding it needs to get off the ground.

Human embryonic stem-cell research and the stem-cell lines that the NIH has established could also once again become a flashpoint. Obama legalized federally funded stem-cell research in 2009 through an executive order, and Trump could repeal that order at will. And research involving fetal tissue will also continue to be contentious: on 16 November, Congress approved US$800,000 for a panel to continue investigating whether researchers who use this tissue and their suppliers have broken laws.

NIH director Francis Collins has said that he plans to submit a pro forma resignation in early December, as required by statute. Collins has not said whether Trump has asked him to stay on, or whether he would consider such a request. But on 29 November, Trump’s transition team announced its pick to lead the Department of Health and Human Services, which includes the NIH. Congressman Tom Price (Republican, Georgia), is a physician who favours repealing Obamacare and has opposed Obama's Cancer Moonshot.

Widespread speculation that Trump will push to relax drug approval standards at the Food and Drug Administration (FDA) has sent pharmaceutical stocks rising and set consumer watchdogs on edge. Those who watch the agency — which is widely considered to have insufficient resources to enforce its ever-increasing regulatory mandate — are also concerned about Trump’s talk of a federal hiring freeze. And Trump’s campaign-trail musings about “the FDA food police” suggests that food-safety regulations may also be in jeopardy.

Trump will be able to appoint a new FDA commissioner, but so far has not indicated whom he will pick. Some Republican lawmakers have urged him to keep the current commissioner, cardiologist Robert Califf, whose decades of running clinical trials have brought him into close contact with industry.

One of the few strong statements that Trump has made on public health was in 2014, when he advocated banning people from Ebola-infected areas from entering the United States — a position opposed by public-health officials and scientists. In August, the Centers for Disease Control and Prevention (CDC) proposed creating a rule to update its policies on quarantine after an outbreak of such a disease. The future of that rule is uncertain.

The CDC could also suffer if Trump and Congress repeal Obamacare. Striking down the health-care law could also abolish the Prevention and Public Health Fund, which that law created. This fund — $1.4 billion in 2016 — has been used to bulk up a number of programmes at the CDC. 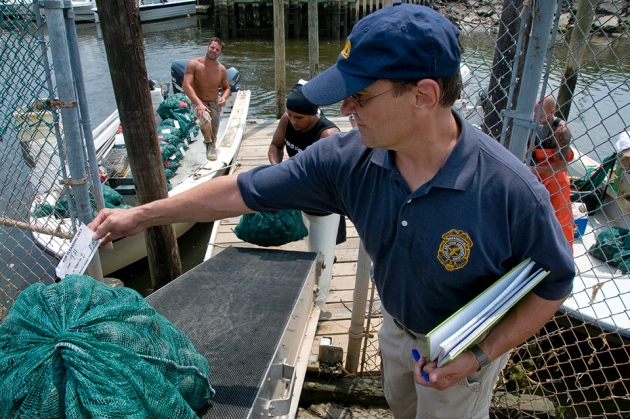 Trump, who has railed at the “draconian” environmental policies of Obama, has pledged to roll back many of them. These include climate regulations formulated by the Environmental Protection Agency (EPA); among these are rules to reduce greenhouse-gas emissions from power plants. The EPA is required by law to regulate carbon and and conventional air pollutants, and environmentalists are prepared to launch lawsuits to ensure that it does. But the Trump administration could cut the agency’s budget to hamper its ability to make new rules or enforce existing ones.

Trump has appointed Myron Ebell, a high-profile climate sceptic at the Competitive Enterprise Institute in Washington DC, to lead the EPA transition. Jeffrey Holmstead, a lawyer at the firm Bracewell in Washington DC, is among the top candidates to head the agency; he led the EPA’s Office of Air and Radiation under former president George W. Bush. Others rumoured to be in contention include Robert Grady, a venture capitalist at Gryphon Investors in San Francisco, California, who helped to craft new air-quality regulations under the administration of George H.W. Bush in 1990; state officials such as Kathleen Hartnett White, former chairwoman of the Texas Commission on Environmental Quality; and Ebell himself.

The Department of Energy’s Office of Science spends more than $5 billion on research each year, on topics such as high-energy physics, energy, climate change and biology. The energy department’s National Nuclear Security Administration also oversees the nation’s $8.8-billion nuclear-weapons programme. The Obama administration tried to increase investments in applied clean-energy research, but Trump could shift the focus back to advanced fossil fuels and nuclear power.

The National Oceanic and Atmospheric Administration (NOAA) monitors the nation’s weather and fisheries and Earth’s climate. It operates research ships and aeroplanes, satellites and its own uniformed service while spending about $490 million each year on atmospheric, oceanic and ecosystems science.

Obama surprised scientists in December 2008, just a month after his election, when he announced his intent to nominate marine ecologist Jane Lubchenco to head the agency — which normally is not among the top priorities of an incoming president. By contrast, it remains unclear when Trump’s transition team might consider candidates to lead NOAA.

But rumours are swirling about Trump’s choice to lead NOAA’s parent, the Department of Commerce. Billionaire investor Wilbur Ross, one of Trump’s economic advisers, appears to be the leading candidate. Others in the running are Dan DiMicco, who formerly headed the steel company Nucor, and financier Lewis Eisenberg, who co-founded the investment firm Granite Capital International Group.

The $1-billion agency coordinates scientific research into natural hazards, resources such as water and minerals, and the environment. Budget cuts during the Obama administration have threatened stream gauges to track flooding, as well as volcano and earthquake monitoring. Its programme on climate and land-use change may come under fire in a new administration.

The current director, Suzette Kimball, is a political appointee who is almost certain to leave before a new administration begins. Deputy director William Werkheiser would probably become acting director until a permanent leader is approved. The agency's leadership position requires Senate confirmation and can get mired in political disagreements; Kimball spent nearly three years as acting director before being confirmed to the position in December 2015. 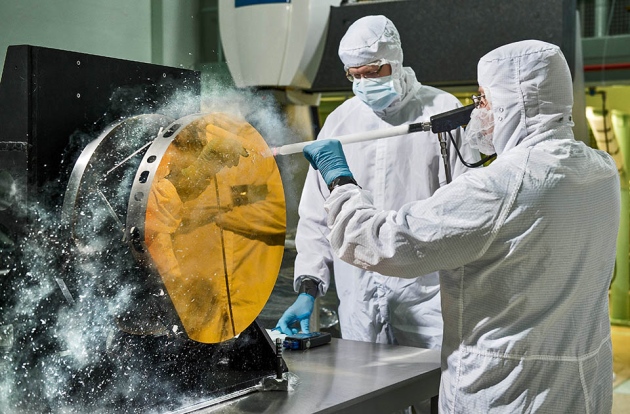 The US space agency may soon find itself looking away from Earth and Mars and towards the Moon. Several of Trump’s advisers, such as former Congressman Newt Gingrich, are fans of sending astronauts back to the Moon as the next step in deep-space exploration. And two Trump space advisers have proposed cutting NASA’s Earth-observing programmes or shifting them to other agencies, such as NOAA. And the Obama administration’s plan to drag an asteroid to lunar orbit for further study seems likely to face the cutting block.

Current NASA administrator Charlie Bolden, a former astronaut and Obama loyalist, is sure to leave in January as Trump takes office. Names being discussed as possible replacements include former NASA head Michael Griffin; Representative Jim Bridenstine (Republican, Oklahoma), who is active on space issues; and former astronaut Eileen Collins, who spoke at the Republican convention that nominated Trump in July.

The National Science Foundation (NSF) funds a wide array of basic research, to the tune of roughly $7.5 billion annually. In recent years, Republicans in Congress have questioned its spending on the social sciences and geoscience, including climate-change research.

NSF directors are appointed for six-year terms and frequently serve across administrations. Astrophysicist France Córdova took over in March 2014, and plans to serve out the remainder of her term. By comparison, Obama took office in 2009 but did not nominate his first NSF director, materials scientist Subra Suresh, until June 2010 — after Arden Bement had finished his term.