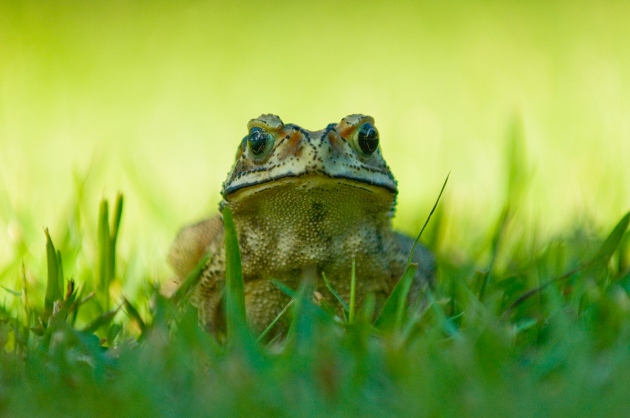 The Asian common toad is now spreading in Madagascar, where local species could get poisoned from feeding on it.

The unique wildlife of Madagascar is facing an invasion of toxic toads that could devastate the island’s native species. Snakes feeding on the toads are especially at risk of poisoning, as are a host of other animals unique to the island — such as lemurs and endemic birds — and the species could cause harm to humans as well.

In a letter to Nature published today1, 11 researchers warn that Asian common toads (Duttaphrynus melanostictus) were observed near Toamasina, the African country’s largest seaport, in March. It is suspected that the amphibians arrived from Asia in shipping containers, and are now taking advantage of what the writers describe as “ideal resources and climate” to establish themselves.

“Time is short, so we are issuing an urgent call to the conservation community and governments to prevent an ecological disaster,” say Jonathan Kolby, a wildlife-health researcher at James Cook University in Townsville, Australia, and his colleagues.

The discovery of the invasive amphibians recalls the Australian plague of cane toads (Rhinella marina). These animals, relatives of the Asian common toad, were deliberately introduced to Australia in 1935; they proceeded to devastate native animal populations and have spread across much of the country, defying attempts to eradicate them.

Kolby and his colleagues warn that something similar could now happen in Madagascar.

The toads are already reported to have been deadly to snakes, including the ground boa (Acrantophis spp.), which is found nowhere else, Kolby tells Nature. Drawing parallels with the cane-toad situation, he warns that more than 50 species of endemic snake could be threatened, because they are likely to eat the toxic toads. Iconic Madagascan species such as the cat-like fossa (Cryptoprocta ferox), lemurs and endemic birds are also in jeopardy. And the toads could spread diseases to other amphibians and even contaminate drinking water and transmit parasites to humans.

The species is not yet widespread in Madagascar, but it has been found a mere 25 kilometres away from the important Betampona nature reserve, and a short distance further from other internationally important biodiversity hotspots. It is unclear how fast it can travel, but cane toads have been clocked expanding their range at 50 kilometres per year.

The potential tragedy is not restricted to Madagascar. “There is now a high dispersal risk of these toads spreading from Madagascar to other Indian Ocean islands such as the Mascarene Islands, Comoros and Seychelles,” says Kolby.

Toads are already being collected and removed, he says, and the Madagasikara Voakajy, a non-governmental organization in Antananarivo devoted to biodiversity, is tracking the spread of the amphibians. The toads should be hunted, their spawn should be destroyed and ponds should be drained to stop their breeding, says Kolby. “We are still within the early stages of population growth,” he says. An eradication programme should be developed swiftly, “while populations are still relatively small and manageable”.

Mark Hoddle, director of the Center for Invasive Species Research at the University of California, Riverside, notes that to be considered invasive, a non-native species must have established a reproductive population that spreads and causes environmental and economic damage. On this basis it may be too early to declare the Asian toad in Madagascar a problem species, he says, but there are “very good reasons to be concerned”.