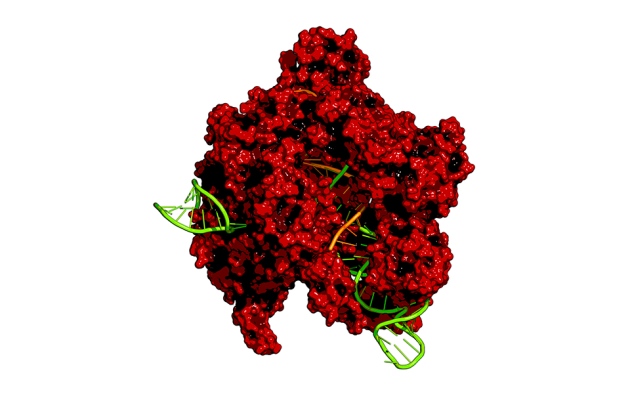 Geneticist George Church has pioneered methods for sequencing and altering genomes. He has been called a founding father of synthetic biology, and is probably the world’s leading authority on efforts to resurrect the extinct woolly mammoth.

Now, a battle over who owns the patent rights to a revolutionary gene-editing technique could hinge, in part, on whether Church’s scientific skill could be considered ‘ordinary’.

Such are the arcane and often bizarre issues the US Patent and Trademark Office (USPTO) must consider in the fight over CRISPR–Cas9 gene editing. But the proceedings, which could drag out for years, have taken an ugly turn from scientific minutiae to accusations of impropriety. “There seem to be a number of allegations of bad actors and bad faith,” says Jacob Sherkow, a legal scholar at New York Law School in New York City. “It’s aggressive.”

CRISPR patent applicants in Europe are also awaiting key rulings — some expected at the end of September — that could decide their fate (see ‘An international conflict’).

The CRISPR–Cas9 patent claims from the Broad Institute and the University of California, Berkeley, are also in jeopardy in Europe.

The European Patent Office (EPO) has argued that Berkeley’s initial, provisional application does not adequately describe the invention because it fails to mention the importance of certain DNA sequences, called PAM sequences, which are needed for the CRISPR technique. Berkeley has argued that the PAM sequences would be common knowledge in the field. But the EPO has decided that the relevant field is genome engineering, not microbiology. And a genome engineer, it argues, may not be up to date on the details of bacterial CRISPR systems.

As a result, the EPO could decide that Berkeley’s earliest patent filing date cannot stand, and would instead use a later date. If so, the team’s 2012 Science publication1 would pre-empt the patent application, and the EPO may reject it, says Catherine Coombes, a patent lawyer at HGF in York, UK. Berkeley is expected to appeal the decision, and a final resolution could be a year or more away.

Meanwhile, seven of the Broad’s patents have been granted in Europe. All of them now face multiple challenges under the EPO’s opposition process. Some challengers point out a potentially fatal flaw: the Broad’s initial EPO application included a collaborator at Rockefeller University in New York City as a co-inventor, but he was not named on a later version of the application.

Although that is acceptable in the United States, Europe requires all named inventors to give their permission to file later versions of an application. The Broad’s failure to do so could disqualify its initial filing and, like Berkeley, it would then face pre-emption by its researchers’ 2013 Science paper2.

The EPO may offer some indication of its thinking in the next few weeks. “There are so many twists and turns,” says Coombes. “Everything is very uncertain in Europe.”

For some, the rancour is no surprise. “When there is a lot of money at stake, people fight over it,” says Robin Feldman, a legal scholar at the University of California Hastings College of the Law in San Francisco. “And in a battle over the keys to the kingdom, everything matters.”

In nature, bacteria and archaea use CRISPR–Cas9 to fend off viruses. But in 2012, a team led by molecular biologist Jennifer Doudna of the University of California, Berkeley, and microbiologist Emmanuelle Charpentier, then of Umeå University in Sweden, reported that they had reprogrammed CRISPR–Cas9 to cut isolated DNA at sites of their choosing1. Then, in early 2013, several groups — including one led by synthetic biologist Feng Zhang of the Broad Institute of MIT and Harvard in Cambridge, Massachusetts — reported that CRISPR–Cas9 also worked in living eukaryotic cells, including human cells (see, for instance, ref. 2).

Thanks to its ease and versatility, CRISPR–Cas9 has been embraced by laboratories around the world to rewrite genomes and rewire cells. Its potential applications in medicine, agriculture and research are myriad. There are more than 860 CRISPR patent families worldwide, according to the consulting firm IPStudies near Lausanne, Switzerland. A new one is added, on average, each day.

Much of the focus is on the teams centred at Berkeley and the Broad Institute, whose ‘foundational’ patents cover a wide swathe of CRISPR–Cas9 applications. Although Berkeley’s team filed for a patent first, the Broad opted for an expedited review process, and its patents were granted earlier. The Berkeley team then asked the USPTO to declare a ‘patent interference’, launching a complicated process to establish who first came up with the invention.

Since January, the two sides have been making their case in filings to USPTO patent judges. The Broad asserts that Berkeley’s initial patent filing described using CRISPR–Cas9 in prokaryotes such as bacteria, but did not sufficiently describe the procedure in eukaryotes such as mice and human cells. That distinction is important: CRISPR’s most lucrative applications are likely to be in medicine, and several biotechnology companies have already licensed patents from either Berkeley or the Broad.

Berkeley argues that the application of CRISPR–Cas9 to eukaryotic cells was obvious and that “persons of ordinary skill”, such as a postdoc with relevant expertise, could have made the leap. Berkeley points to the swift success of several teams — led by Doudna; Zhang; Church (at Harvard Medical School in Boston, Massachusetts); and genome engineer Jin-Soo Kim at the Institute for Basic Science in Seoul — that applied CRISPR to human cells. The Broad countered that these scientists are all leaders in their field and could hardly be considered ‘ordinary’.

Surprising accusations have been interwoven with the scientific arguments. Berkeley has submitted an e-mail from Shuailiang Lin, who was a visiting student in Zhang’s lab in 2011–12. Lin claims that the lab took inspiration from Doudna and Charpentier’s paper1, rather than working out the system independently. The Broad countered that Lin made this assertion while asking Doudna for a job.

Berkeley asked to subpoena Lin (who has since been employed at the University of California, San Francisco), but USPTO judges denied that request on 14 September. A more complete response from the Broad could come when the two sides file replies to previous motions in late September.

In the meantime, the Broad petitioned the USPTO judges to ignore testimony from two of Berkeley’s scientific witnesses. The law firm that collected their depositions had previously worked for the Broad, and therefore may have been privy to confidential information, the Broad argued. USPTO judges disagreed. “Broad’s request amounts to merely a fishing expedition,” they wrote on 24 August.

One of the most aggressive and risky moves was Berkeley’s decision to subpoena Church, Sherkow says. Berkeley has submitted e-mails from Church congratulating Doudna and Charpentier on their 2012 paper, acknowledging that it inspired his team to try the system in eukaryotic cells. But Church, who has laboured for years to move a different gene-editing system from bacteria to human cells, told Nature in August that such a shift is “anything but obvious”.

The USPTO denied the subpoena on 14 September. Church says that he has not spoken to Berkeley’s lawyers, but was surprised by the judges’ ruling. “I imagined my observations would be considered quite relevant,” he says.

Overall, the rancour is unusual for two academic institutions, says Mark Summerfield, a patent lawyer at Watermark in Melbourne, Australia. At first, Summerfield rooted for the two sides to settle, as academics usually do. But then he saw the list of companies that had licensed the patents, and were footing many of the legal bills. “What is really behind this is not the academic institutions, it is the commercial interests,” he says. “That’s when I realized that they’re not going to come to an agreement. They’re going to fight it out until the bitter end.”