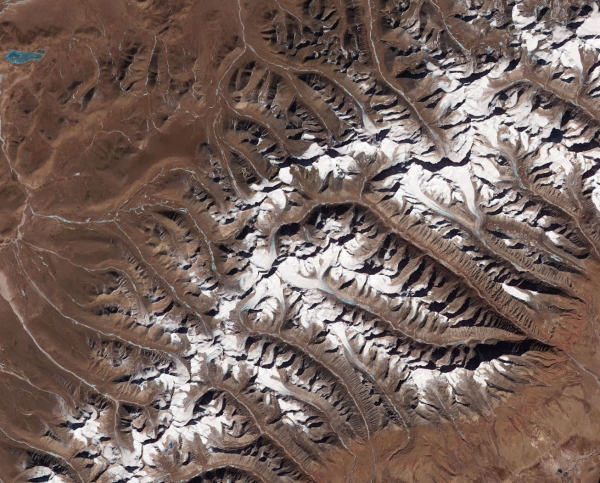 Glaciers on the Tibetan Plateau — the world’s third-largest ice reservoir after those in Antarctica and Greenland — have been losing mass even at surprisingly high elevations.

The Tibetan glaciers are shrinking. Most of the retreat is thought to be taking place at low elevations, but research now shows that the glaciers may also be losing ice at altitudes up to 6,000 metres.

“The glaciers are virtually being decapitated from the top by a warming climate,” says Kang Shichang, a glaciologist at Chinese Academy of Sciences’ Institute of Tibetan Plateau Research in Beijing.

His team looks at signals left in ice by environmental incidents that changed the chemical composition of the atmosphere. “When air bubbles were trapped in glacial ice, so were chemical compounds” in the air, says Kang.

Among those incidents are nuclear tests that were especially frequent between 1952 and 1963, releasing radioactive compounds such as tritium. “This left a distinctive signature in glaciers around the world,” says Kang.

He got a gloomy feeling when examining ice cores drilled from two Tibetan glaciers at about 6,000 metres, he explained at the 28th Himalayan Karakoram Tibet Workshop and the 6th International Symposium on Tibetan Plateau Joint Conference in Tubingen, Germany, last month.

A core from the Lanong glacier in southern Tibet shows neither the tritium peak associated with nuclear testing nor any trace of radioactive compounds from the Chernobyl nuclear disaster in Ukraine in 1986. This suggests that ice layers laid down on the glacier from the 1950s onwards have melted or sublimated away.

The second ice core, from the Guoqu glacier in central Tibet, has the chemical fingerprints of the nuclear tests and the Galunggung volcanic eruption in Indonesia in 1982, but not the Chernobyl signal. Moreover, the core's mercury content, which tracks well with global and regional emission trends, ends abruptly in the 1980s. “The glacier has been losing ice in the past three decades,” says Kang.

“It’s surprising that glaciers are melting so high up in the mountains,” says Achim Bräuning, a palaeoclimatologist at the University of Erlangen-Nuremberg in Germany. Higher elevations tend to have colder temperatures year-round.

“We used to think that glaciers at high elevations were pretty safe, but this study shows that this might not be the case — at least at certain locations,” he adds. “But we don’t know how common the phenomenon is.”

Ice cores from extreme elevations are few and far between. The only other Tibetan glacier that is known to be losing ice at high altitudes is the Naimona’nyi glacier in the southwest of the Tibetan Plateau1. But the new findings raise questions about the fate of the region's water resources, especially as the three glaciers are from different climate zones, says Kang. The Tibetan ice acts as a reservoir for vast regions in China and South Asia, with hundreds of millions of inhabitants.

“This might not be unique to the Tibetan plateau,” says Kang. “The only way to get a complete picture of the situation is to drill more ice cores from high mountains around the world.”