CRISPR request The UK Human Fertilisation and Embryology Authority (HFEA), which regulates embryo research, is considering the country’s first application for work that would involve editing the genomes of human embryos. Genome editing is illegal for treatment in the United Kingdom, but is possible for research under licence from the HFEA. The application to use the CRISPR/Cas9 technique comes from Kathy Niakan, a researcher at the Francis Crick Institute in London. Earlier this year, a Chinese team used the same method to edit the genomes of human embryos. See page 425 for more.

LIGO is ‘go’ Advanced LIGO (Laser Interferometer Gravitational-Wave Observatory) officially began gathering data on 18 September. LIGO’s twin instruments, in Louisiana and Washington state, each have two 4-kilometre arms, and represent a US$200-million overhaul of the initial LIGO, which attempted to detect gravitational waves in the 2000s. These space-time ripples are one of the major predictions of Einstein’s general theory of relativity that have still to be observed directly. On the same day, Italy and France agreed to extend their collaboration on Virgo, LIGO’s European counterpart, for a further five years beyond 2020. 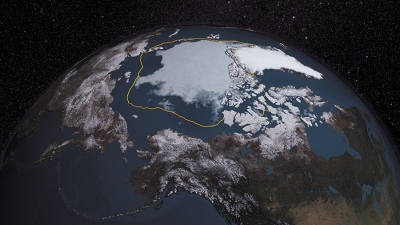 Another low for Arctic sea ice This summer, Arctic sea ice reached its fourth-lowest coverage since satellite records began in 1979, the US National Snow and Ice Data Center (NSIDC) in Boulder, Colorado, announced on 15 September. The minimum surface area of Arctic ice for 2015 is 34% less than the average annual area for 1979–2000 (yellow line). The lowest recorded summer ice areas have all occurred in the past 9 years. Air temperature, atmospheric pressure and wind patterns all affect the size of the Arctic ice sheet. The NSIDC cautions that further melting could still occur.

Refugee scientists As Germany struggles to cope with an influx of tens of thousands of — mostly Syrian — refugees, German universities and research organizations are wooing talented scientists among them. Migrant scientists and researchers at German institutions can register at www.chance-for-science.de, an online platform created by academics at Leipzig University to connect highly qualified refugees with German scientists. Meanwhile, the Fraunhofer and Max Planck societies have announced a joint initiative to integrate refugee scientists into institutes run by the two organizations.

Malaria milestone A key target in reducing deaths from malaria has been met, the World Health Organization (WHO) and the UN children’s society UNICEF announced on 17 September. Since 2000, when the UN established malaria reduction as one of its Millennium Development Goals, malaria incidence has dropped by 37% worldwide. Malaria deaths have fallen by 60%, saving 6.2 million lives. But the agencies warn that the battle is not over: more than 200 million new cases have occurred in 2015 alone. The WHO’s latest roadmap calls for a further 90% reduction in malaria cases and deaths by 2030.

The end of STAP Controversial claims that embryonic-like cells could be produced by exposing adult cells to acid have been laid to rest in two papers this week (A. De Los Angeles et al. Nature http://dx.doi.org/10.1038/nature15513 (2015) and D. Konno et al. Nature http://dx.doi.org/10.1038/nature15366; 2015). Two 2014 Nature papers that made the claims about ‘stimulus-triggered acquisition of pluripotency’ (STAP) cells were retracted. The follow-up papers report that 7 labs failed in 133 attempts to produce STAP cells. Genetic tests found several cases in which purported STAP cells created at the RIKEN Center for Developmental Biology in Kobe, Japan, were matches for pre-existing embryonic stem cells.

Orion approval NASA has approved the next stage of a project to build a spacecraft that could send astronauts to Mars and beyond. The 16 September approval came after a review of the project, dubbed Orion. NASA has committed US$6.77 billion to Orion. The decision follows a successful uncrewed flight of the spacecraft in December 2014. NASA also committed to a test flight with astronauts no later than April 2023.

Car emissions bust The US Environmental Protection Agency (EPA) began investigating German car maker Volkswagen on 18 September for designing vehicles that can bypass US emissions standards. Volkswagen officials admitted installing software in some models that switches on all the emissions controls only when it detects that a car is undergoing an emissions test. During normal driving conditions, the vehicles emit up to 40 times more nitrogen oxides than allowed by law, according to the EPA. The agency says that the software was installed on at least 482,000 diesel vehicles sold in the United States. 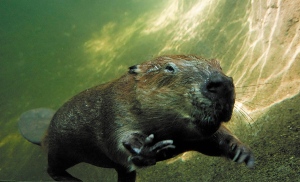 Beaver genome bid Genomics researchers are hoping that sports fans at Oregon State University in Corvallis will fund an effort to sequence the genome of the college mascot: the North American beaver (Castor canadensis; pictured). The Beaver Genome Project launched on 16 September and hopes to raise US$30,000 by 30 October (go.nature.com/cjaizw). The funds will pay for genome sequencing of Filbert, a four-year-old beaver born and raised at Oregon Zoo in Portland. Researchers hope to gain insight into the rodent’s ability to digest wood and its complex dam-building behaviour.

Food and drug chief US President Barack Obama has nominated cardiologist Robert Califf to become the next head of the US Food and Drug Administration, the White House announced on 15 September. Califf, a clinical-trial specialist, is currently taking a leave of absence from Duke University in Durham, North Carolina, while serving as the deputy commissioner of the agency. The US Senate must confirm his nomination before Califf can take the position.

Vatican stargazer Pope Francis announced on 18 September that US planetary scientist Guy Consolmagno has been appointed director of the Vatican Observatory. A Jesuit brother, science-fiction fan and co-author of the book Would You Baptize an Extraterrestrial?, Consolmagno studies meteorites and asteroids and curates the Vatican’s meteorite collection. He replaces José Funes, who had been director since 2006. The observatory is based at Castel Gandolfo, outside Rome, and runs a telescope in Tucson, Arizona.

Australian science Christopher Pyne was appointed Australia’s Minister for Industry, Innovation and Science on 20 September. Prime Minister Malcolm Turnbull shuffled the cabinet within days of his 14 September coup over former prime minister Tony Abbott, whose tenure was marked by drastic cuts to research funding. Earlier this year, as education and training minister, Pyne was involved in a controversial decision to award funding to the University of Western Australia in Perth for a research centre linked to climate-policy sceptic Bjorn Lomborg. The university ultimately rejected the funding.

Ebola armoury On 14 September, the US Biomedical Advanced Research and Development Authority (BARDA) awarded pharmaceutical giant Johnson & Johnson US$28.5 million to manufacture two components of a candidate Ebola vaccine, which is in phase II clinical testing. On 17 September, ZMapp, a cocktail of three monoclonal antibodies that is marketed by LeafBio in San Diego, California, was granted fast-track approval by the US Food and Drug Administration. And on 21 September, BARDA awarded up to $38 million to Regeneron Pharmaceuticals of Tarrytown, New York, to develop a monoclonal-antibody drug against Ebola. 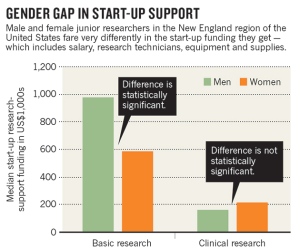 In New England, male researchers in basic biomedical science receive 68% more lab start-up funding than do female applicants, shows a 15 September study (R. Sege et al. J. Am. Med. Assoc. 314, 1175–1177; 2015). A team analysed grant applications in 2012–14 to the Medical Foundation Division of Health Resources in Action (HRA) in Boston, Massachusetts, to calculate institutional support given to 219 applicants of 2 HRA programmes. The disparity was not explained by experience, degree or host-institution wealth.