New UK government Theresa May became UK prime minister on 13 July in the wake of the country’s Brexit referendum, and quickly proceeded to appoint a new government. A newly created Department for Business, Energy and Industrial Strategy (BEIS), led by former science minister Greg Clark, will take on responsibilities that include science and energy policy; the Department of Energy and Climate Change will be disbanded. Jo Johnson stays on as universities and science minister, with his brief split between the Department of Education and BEIS. See page 331 for more.

Turkey turmoil prompts academic purge In the wake of the failed coup in Turkey on 15 July, the Turkish Council of Higher Education (YÖK) has told university rectors to identify academics and administrators with connections to the Gülen movement — which Turkey’s President Recep Tayyip Erdoğan considers to be behind the coup — and take steps to expel them. YÖK made the statement during an emergency meeting of 165 university rectors on 18 July in Ankara. The council did not invite a further 28 rectors to the meeting, saying that their universities are suspected of being pro-Gülenist. Some of these institutions will be taken over by the state, YÖK said. The council also ordered all 1,577 university deans to resign. Separately, the international Committee on Space Research cancelled its biennial conference, due to start on 30 July in Istanbul, on security grounds. 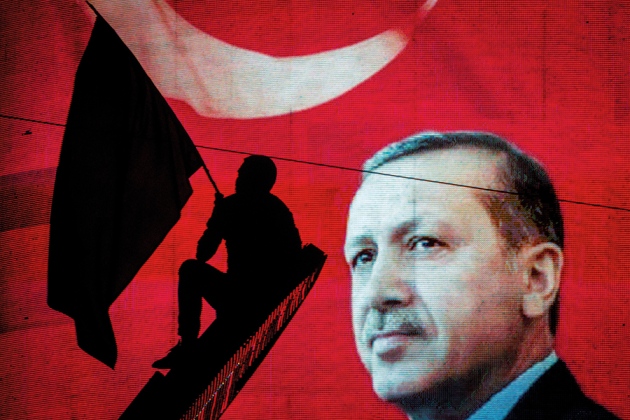 Dengue dip The introduction of mosquitoes carrying a gene that kills their offspring has apparently reduced the number of new cases of dengue fever in a small trial in Brazil. The incidence of dengue, which is caused by a virus transmitted by the Aedes aegypti mosquito, fell by 91% (to 12 new cases, from 133 the previous year) in a district of the southern city of Piracicaba. Genetically modified A. aegypti were released in the district in April 2015. By comparison, incidence dropped by just 52% in the rest of the municipality. Oxitec, the biotechnology company in Oxford, UK, that developed the mosquito, announced the results on 14 July. Philip McCall, an entomologist at the Liverpool School for Tropical Medicine, UK, says that it is possible that other control efforts were responsible for the reductions, but calls the trial a “step in the right direction”.

Greenland ice loss Greenland lost around 1 trillion tonnes of ice between 2011 and 2014, the European Space Agency (ESA) revealed on 12 July. The loss corresponds to an annual sea-level rise that is about twice the average rate in the previous two decades. An analysis of data from ESA’s CryoSat satellite shows that five thinning glaciers, which cover less than 1% of the area of Greenland, were responsible for more than 12% of the total loss (M. McMillan et al. Geophys. Res. Lett. http://doi.org/bmns; 2016).

African institute The Wellcome Trust and the Howard Hughes Medical Institute (HHMI) announced on 18 July that they will merge their South African medical research institutes. The HHMI-backed KwaZulu-Natal Research Institute for TB-HIV (K-RITH) in Durban will join the Africa Centre for Population Health in Mtubatuba, backed by Wellcome, to create the Africa Health Research Institute. Supported by a US$83-million grant from both funders, the institute will link K-RITH’s laboratory facilities with the Africa Centre’s detailed longitudinal population-health data to combat the epidemics of HIV and tuberculosis.

Romania joins CERN On 17 July, Romania became a member of CERN, Europe’s particle-physics laboratory near Geneva, Switzerland. The former socialist republic became a fee-paying candidate member state of the organization in 2010, following a government decision to participate in large European infrastructures and projects as a way of increasing its own scientific strength. Romania is CERN’s 22nd member state.

GM food labels The US House of Representatives has passed a bill that would create a national labelling requirement for many foods that contain genetically modified (GM) ingredients. The bill, passed by the House on 14 July and by the Senate on 7 July, will now go to President Barack Obama, who is expected to sign it into law. The requirement allows the labels to include links to websites that contain the required information; foods that are genetically altered in ways that could be found in nature will not need to be labelled.

Navy sonar ruling An authorization that allowed the US Navy to use a type of sonar that might be harmful to marine mammals was in violation of the Marine Mammal Protection Act, a federal court ruled on 15 July. A 2012 decision had allowed the navy to use low-frequency active sonar for training, testing and routine operations — despite protests by environmental groups that it disrupts feeding and mating patterns in certain marine animals, including whales and dolphins. The navy uses the sonar to detect submarines. 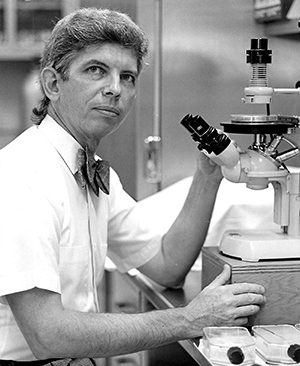 Courtesy of UT Graduate School of Biomedical Sciences at Houston

Cancer pioneer dies Alfred Knudson (pictured), who proposed that cancers can be driven by accumulated mutations, died on 10 July, aged 93. In a seminal 1971 paper on the epidemiology of retinoblastoma (a tumour of the retina), he found that people typically develop the tumour either as children or much later in life. He surmised that children with the condition inherit a defective copy of a cancer-causing gene and develop the cancer after a mutation arises in the second copy of the gene. However, in the adult form, the cancer develops only after non-inherited mutations occur in both copies.

Trump picks Pence Donald Trump, the Republican party’s presumptive nominee for US president, selected Indiana governor and former congressman Mike Pence as his vice-presidential running mate on 15 July. A religious conservative who could help Trump to shore up support in the Republican party, Pence has spoken out against embryonic-stem-cell research and prevaricated when asked whether he believes in evolution. He has also called the science underlying global warming “very mixed” and has a 4% rating with the League of Conservation Voters, an advocacy group that tracks politicians’ votes on environmental issues.

Australian cabinet Australia’s freshly re-elected prime minister, Malcolm Turnbull, announced a new minister for science on 18 July, one of several appointments to his government. Former environment minister Greg Hunt, the architect of the government’s climate policy, will now be in charge of innovation, industry and science. Turnbull, whose conservative coalition was re-elected with a narrow majority earlier this month, unveiled Josh Frydenberg as the next environment minister, who will also take responsibility for energy. Some climate analysts think that combining the portfolios could help to reduce the country’s reliance on fossil fuels.

Columbia costs Columbia University in New York City has agreed to pay US$9.5 million in a settlement for seeking “excessive cost recoveries” from the US National Institutes of Health (NIH) in connection with hundreds of research grants, the US justice department announced on 14 July. Columbia is alleged to have repeatedly billed the NIH at a higher ‘on-campus’ rate, rather than a cheaper ‘off-campus’ rate, for research that was mainly done off campus, the settlement said.

Chipmaker buyout Japanese technology company SoftBank will buy ARM Holdings, a major UK computer-chip maker based in Cambridge, for US$32 billion, the company announced on 18 July. Some industry experts have voiced concerns over the takeover, citing ARM’s role as a pillar of the British tech industry. But members of the new UK government said the deal showed that Britain was still attractive to international investors after the country’s vote to leave the European Union. ARM designs the chips used in most smartphones.

Electronic cigarettes were thought by many to have simply replaced cigarettes among smokers, but an analysis of 5,490 schoolchildren in California reveals that a growing number of potential non-smokers are taking up ‘vaping’ — indicating a rise in nicotine use among teenagers (J. Barrington-Trimis et al. Pediatrics http://doi.org/bmnv; 2016). The study, published on 11 July, shows that in 2004, 9% of 17–18-year-olds smoked (conventional cigarettes), but by 2014, 14% were smoking or vaping. 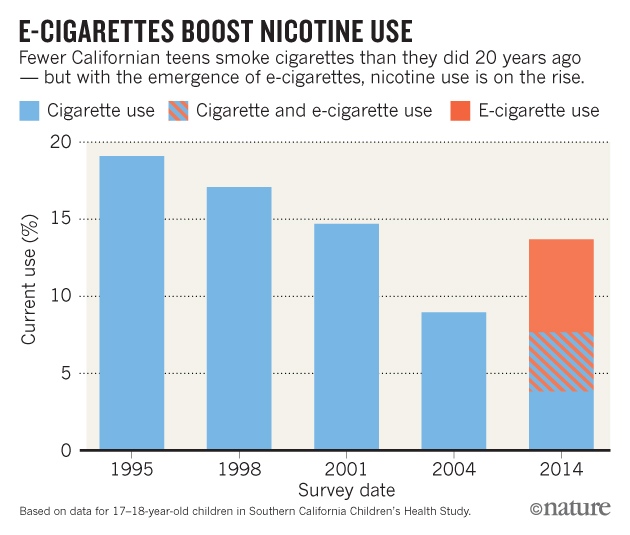 25–27 July
The University of Aveiro in Portugal hosts the 7th International Conference on Advanced Nanomaterials.
www.anm2016.com