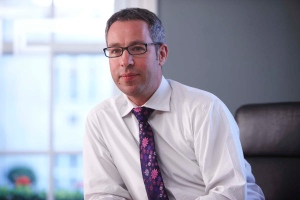 Pharmaceutical giant AstraZeneca is hurting. Last month, the London-based company announced that its revenues had dropped by 15% as several of its drugs, including the antipsychotic drug Seroquel (quetiapine fumarate), which earned $3.3 billion in the United States last year, were confronted with generic competitors. That, along with the failure in late-stage clinical trials of several drugs once expected to restock the company’s pipeline, has sent investors running.

Menelas Pangalos, head of discovery research and early development for the company, aims to turn AstraZeneca around. Since Pangalos arrived in 2010, AstraZeneca has trimmed its drug pipeline and its research-and-development (R&D) staff. It has overhauled the structure of its R&D division, a move that included the controversial disbanding of its internal neuroscience research laboratories in favour of a slimmed-down neuroscience team that outsources all of its wet-lab research. Nature talked to Pangalos about how to fix a broken R&D machine, the importance of basic research and the company's evolving approach to academic collaborations.

You joined AstraZeneca knowing that the company was about to take a major hit from expiring patents while struggling to restock its pipeline. Why did you take the job?

It was a huge opportunity. There was no bigger challenge. What I didn’t realize is quite what a big challenge it is to turn an R&D organization around. It has definitely been a lot of work and there’s still a lot of work to do.

What are some of the biggest challenges?

[AstraZeneca] has had a lot of historical success but was very focused on quantity, as many companies had been. If you measured us a few years ago in terms of the numbers of drug candidates we were putting into the clinic every year, we would have been the second highest-performing company behind Pfizer after it acquired Wyeth. If you had measured us by the number of successful proofs of concept, we would have been one of the least productive.

Now we’ve changed how people think about their projects. They’re thinking about the end point, not whether this is going to be a new bubble on a pipeline chart.

We have heard similar stories from a lot of pharmaceutical companies. Is there anything that’s unique about what’s going on at AstraZeneca?

Our neuroscience group is novel. I really didn’t think continuing on the way we were in neuroscience was going to be successful. When I looked at how we were budgeted, about 80% of my budget was fixed, basically on headcount, buildings, infrastructure, lights and laboratories, and 20% was for projects and flexible spending. With the group we’ve got now — 40 people, based in Cambridge, Massachusetts, and Cambridge, UK — the budget is 80% flexible and 20% fixed.

This is a group of very senior, experienced guys. They are their own bosses and they have to figure out how to make it work without their own labs. They have to work with academic groups, biotechnology companies and contract-research organizations. They can use AstraZeneca’s infrastructure if they want, but they don’t have to.

Do you see this as a model for other therapeutic areas?

Not so much. Neuroscience is the highest-risk area. It’s the most expensive. It has the longest cycle times. Meanwhile, there’s a very, very good academic community doing cutting-edge work. In infection, for example, I don’t think it would work. If you were to put my infection group up against what I could get outside, my infection group would be better.

Will you further streamline AstraZeneca's pipeline?

The streamlining now is through natural attrition. The goal we have is to start 8–11 phase III clinical trials over the next 3 years.

Do you think AstraZeneca will invest more money in R&D in the next few years?

Oh God, I doubt it. R&D budgets in every company are under pressure. I can’t see our budgets getting bigger.

Do you anticipate more lay-offs?

I don’t know. This has been a big year of change for us. We closed a number of groups. Now I need my group to focus on the future and building.

How has your relationship with academia changed?

We’re getting much better at working with academia. The days of us piling money in and saying “do whatever you want” are gone. Academics are under more budgetary pressure and they have less funding, and we have less funding. There is more of a symbiotic relationship now. People are more willing to give things up, more willing to share risk and share reward.

Is there anything that you would like to see change in academia?

I do worry a bit about academic research becoming too applied. There is such a focus on translational research, and rightly so, but we do still need to have good basic research. It is core to a healthy academic-research arm.