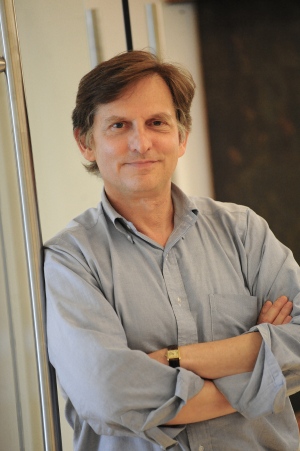 The Center for Infection and Immunity

A study published today1 has found no evidence to support research linking the retroviruses XMRV2 and pMLV3 to chronic fatigue syndrome (CFS). The US$2.3-million study, funded by the US National Institutes of Health (NIH), comes three years after a link between XMRV and CFS was first reported in Science2 (see timeline, below).

W. Ian Lipkin, a molecular epidemiologist at Columbia University in New York, was not involved with the initial studies, but he shepherded the effort to replicate them to completion. Three laboratories, including the two that made the original discoveries, tested blood samples from 147 patients with CFS and 146 healthy volunteers, and then reported their results to Lipkin's laboratory for analysis. The veteran scientist, who has debunked other disease links such as that between autism and vaccines, tells Nature about the study — including his efforts to keep Judy Mikovits, an XMRV researcher formerly at the Whittemore Peterson Institute for Neuro-Immune Disease (WPI) in Reno, Nevada, out of jail for taking notebooks from her former laboratory — and why he hopes that some good will come out of the study.

What’s the history of this study?

When these two papers2, 3 came out very close together, there was a lot of concern. There was a lot of optimism as well, because now there was a potentially tractable solution for CFS. Many people began trying to replicate the work. Some people were able to do so and some weren’t, but there really wasn’t any coherence to it. It became clear that it was necessary to have some sort of investigation of this disorder and find out whether or not there was any link.

What was really needed was a properly designed study in which the individuals who made these reports could use their own best efforts. I’ve come to the conclusion that the most important thing you can do is to design the study, supervise it and then get out of the way.

Did everything go as planned?

Judy Mikovits, during the middle of all of this, was forced out of her job at the Whittemore Peterson Institute. [She was subsequently accused of stealing her lab notebooks and jailed.] Before she was incarcerated, I tried to negotiate some sort of agreement between her and the institute, so that this would not happen. One of the problems was that she really did need access to her laboratory notebooks so that she could answer questions from other scientists and patients, and she was not given an option to do that. She took these notebooks — and I trust that it was true — with the notion that she wanted to copy them.

Did you find any hint that XMRV is associated with CFS?

We did not find any genetic sequences [of XMRV or related viruses] in the people with CFS or the controls. As far as we know, there is no human being that is infected with XMRV.

The one wrinkle is that there were patients who were found to be XMRV-positive in serological tests by Francis Ruscetti, [an immunologist at the NIH in Frederick, Maryland,] in 9 cases and 9 controls. Some might say that this is evidence that there are people who are infected with XMRV, even if it isn’t associated with CFS. But I have concerns about that interpretation. If you consider this in the context of the work that shows that XMRV originates in the laboratory4, then I think we can probably close the door on this once and for all.

Will we ever have a full explanation of what happened?

I think the explanation is that there was contamination. I don’t see any reason to invoke anything beyond that.

Do you think there are lessons to be learned from this saga?

My expectation is that this will be a cautionary note. We will see far more of these sorts of observations coming out over the next few years, as people use ever more sensitive methods for discovering infectious agents.

Why was this study necessary, given the failed replication efforts?

The only thing that matters is that the people who originally reported the finding had an opportunity to test it with a large, appropriately powered group. This was the definitive study and it was crucial that it be done properly.

Had we done this when Andrew Wakefield [the former medical researcher who proposed that autism was caused by vaccines] came out with the initial report5 about the measles, mumps and rubella (MMR) vaccine and autism, and had something this definitive, there are many more children who would have been vaccinated against measles during the ten years it took us to finally complete the MMR–autism work6. So I think it’s crucial that we don’t do things in a half-baked fashion, so we can test hypotheses and move on to new ones.

Do you think the CFS community and the scientists involved will accept these results?

I certainly hope so. I feel very badly for Mikovits, [her co-author] Ruscetti and Harvey Alter [a hematologist at the NIH Clinical Center in Bethesda, Maryland, who led one of the CFS studies]. Mikovits in particular — she has lost everything. She can be wrong but she’s not a criminal. She has been honest in a respectful, forceful way and said that we have to conclude that we were wrong. You can imagine how difficult it must be, and I think she should be applauded. Lots of people wouldn’t have the balls to do that. She has come across as a scientist who really believes in the importance of truth.

You have disproved the autism–MMR connection and other controversial disease links. Have you dealt with anything quite like the XMRV case?

I’ve never seen anything like this. To talk to somebody who is running from the law or has been incarcerated, or to try to adjudicate some sort of agreement so she doesn’t go to jail, it’s a little beyond the pale. I hope I never do anything like this again. Whatever it is we do, we’re castigated. My mailbox has been full today with complaints from people in the community saying: “You didn’t do this, you didn’t do that.”

What do you say to the CFS community to stop them from thinking that scientists will turn their back on CFS when this study is complete?

I have to agree with them that they’ve not received the attention that other groups have had. They’ve tried to take a page from people who work in autism, who looked at HIV/AIDS, breast cancer and so on, and the CFS community has not been as vocal and effective as they might be.

What I say to them is this: the fact that we did this study means we did take you seriously. We didn’t do a shoddy piece of work. We’re ready to invest in the next phase of research. There are all these samples that will be available. There will be funding opportunities. It’s evidence, I think, of an unprecedented opportunity for people to do basic and applied research into the causes and ways in which one can prevent or mitigate the tragedy that is CFS. People with CFS should actually feel heartened that there’s more energy and effort going into this. It wouldn’t make any sense for us to dwell on something that doesn’t work.

Scientists discover the first traces of a new retrovirus in tissue from prostate cancer patients. They name it xenotropic murine leukemia virus related virus, or XMRV for short. Scientists link a little known retrovirus called XMRV to chronic fatigue syndrome (CFS). They are led by Judy Mikovits, then at the Whittemore Peterson Institute for Neuro-Immune Disorders in Reno, Nevada, and Frank Ruscetti at the National Cancer Institute in Frederick Maryland. CFS patients herald the findings and hope they could lead to a treatment.

Researchers in Germany fail to find any link between XMRV and CFS, in what will be the first of many studies questioning the original report.

Dutch and UK teams find no evidence for XMRV.

Yet another study refutes virus link to chronic fatigue syndrome Scientists at the US Centers for Disease Control and Prevention in Atlanta, Georgia fail to find any link between XRMV and CFS. Meanwhile, rumours swirl over a possible confirmation by scientists at two other government agencies, NIH and FDA that is being delayed because of discrepancies between the government labs.

Chronic fatigue findings were held back

A second paper identifying retroviral sequences in patients with CFS is published in PNAS http://www.pnas.org/content/107/36/15874, after a three month delay. Harvey Alter, of NIH, and his team discovered sequences of viruses similar, but not identical, to XMRV in frozen blood samples of CFS patients. Judy Mikovits celebrates the findings with a video to supporters on YouTube. Four papers make the strongest case yet that XMRV is not linked to CFS, and hint that the original findings were due to laboratory contamination. In an interview with Nature, Judy Mikovits later called the papers "Christmas garbage."

New challenge to link between virus and chronic fatigue syndrome

Scientists at NIH present research showing that XMRV emerged from two different mouse viruses in the laboratory during the 1990s. The implication, one author told Nature, is that this virus, born in a laboratory, has probably been infecting laboratory samples for more than a decade, but not people. Meanwhile, a Nature profile of Judy Mikovits highlights growing tensions between Mikovits and her former collaborators on the initial report.

Virology: Fighting for a cause

The beginning of the end?

A study replicating the methods of the original Science report fails to find any trace of a link between XMRV and CFS, nor any evidence that the virus infects people.

More questions over link between XMRV and chronic fatigue syndrome

In a letter leaked to the Wall Street Journal, Science asks Judy Mikovits and her team to retract their paper, who declines. The journal issues an expression of concern over the paper. "It's a bust," Jonathan Stoye, a retrovirologist at the National Institute for Medical Research in London, told Nature.

Another negative study involving 9 laboratories prompts Science to issue a partial retraction of the XMRV paper. Judy Mikovits is fired from her job as research director at the Whittemore Peterson Institute for Neuro-Immune Disease in Reno, Nevada. The Institute claims that Mikovits refused to share reagents with a former colleague.

Mikovits is arrested in California and later charged in Nevada with stealing laboratory notebooks, computers and memory drives. WPI files a separate civil lawsuit seeking the return of these materials.

Science takes the unusual step of retracting the original XMRV study, without the full agreement of the authors.

A Nevada judge has dropped criminal charges against Judy Mikovits.