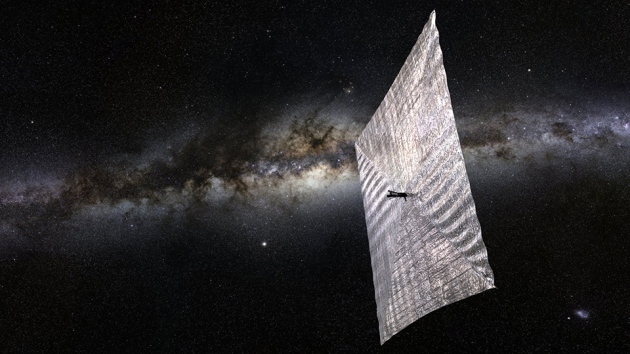 The light-driven spacecraft LightSail will undergo a test mission in April.

A Swiss company is set to become the first firm to capture carbon dioxide from the air and sell it on a commercial scale, a stepping stone to larger facilities that could one day help to combat global warming. Around July, Climeworks will start capturing some 75 tonnes of CO2 per month at its plant near Zurich, then selling the gas to nearby greenhouses to boost crop growth. Another company — Carbon Engineering in Calgary, Canada, which has been capturing CO2 since October but is yet to bring it to market — hopes to show that it can convert the gas into liquid fuel. Facilities worldwide already capture the gas from power-plant exhausts, but until 2015 only small demonstration projects sucked it up from air.

Human trials will get under way for treatments that use DNA-editing technologies. Sangamo Biosciences in Richmond, California, will test the use of enzymes called zinc-finger nucleases to correct a gene defect that causes haemophilia. Working with Biogen of Cambridge, Massachusetts, it will also start a trial to look at whether the technique can boost a functional form of haemo-globin in people with the blood disorder β-thalassaemia. Scientists and ethicists hope to agree on broad safety and ethical guidelines for gene editing in humans in late 2016. And this year could see the birth of the first gene-edited monkeys that show symptoms of the human disorders they are designed to model.

Physicists think there is a good chance that they will see the first evidence of gravitational waves — ripples in space-time caused by dense, moving objects such as spiralling neutron stars — thanks to the Advanced Laser Interferometer Gravitational-Wave Observatory (Advanced LIGO). And Japan will launch Astro-H, a next-generation X-ray satellite observatory that, among other things, could confirm or refute the claim that heavy neutrinos give off dark-matter signals known as bulbulons. Hints of a potential new particle from the supercharged Large Hadron Collider (LHC), which has been running at record energies since last June, could become clearer as the machine rapidly accumulates data. Even if the particle is not confirmed, the LHC could still unearth other exotic phenomena, such as glueballs: particles made entirely of the carriers of the strong nuclear force.

Scientists will soon hear whether funding for research that makes viruses more dangerous can resume. In October 2014, the US government abruptly suspended financial support for ‘gain-of-function’ studies. These experiments could increase understanding of how certain pathogens evolve and how they can be destroyed, but critics say that the work also boosts the risk of, for example, accidental release of deadly viruses. A risk–benefit analysis was completed in December 2015, and the US National Science Advisory Board for Biosecurity will issue recommendations in the next few months on whether to resume funding — potentially with tightened restrictions on the research.

One lucky research group will win a $50-million grant for heart-disease research from Internet giant Google and the American Heart Association. Google’s disease-research portfolio is growing, and neuroscientists are eager to see what Thomas Insel, former director of the US National Institute of Mental Health, will do at the firm, where he has been leading a mental-health effort since November. Private funding could also make its mark in space: the non-profit Planetary Society in Pasadena, California, plans to launch a US$4.5-million mission in April to test its light-driven spacecraft, LightSail.

To Mars and beyond

The orbits of Earth and Mars will bring the planets close to each other this year, creating the perfect opportunity for a trip to the red planet. A joint mission between the European Space Agency (ESA) and Roscosmos will capitalize on that chance. Launching in March, ExoMars 2016 will analyse gases in Mars’s atmosphere and test landing technology. Farther afield, NASA’s Juno mission will arrive at Jupiter in July. In September, ESA’s craft Rosetta will make a death dive into the comet it orbits; mourners can console themselves with the launch of NASA’s OSIRIS-REx, a mission to bring back samples from the asteroid Bennu.

Hot on the heels of the launch of the US$100-million Dark Matter Particle Explorer (DAMPE) last December, China’s National Space Science Center will launch the second and third space-science probes in its planned series of five. The world’s first quantum communications test satellite will blast off in June, and the Hard X-ray Modulation Telescope — which will scour the sky for energetic sources of radiation, such as black holes and neutron stars — will fly by the end of the year. September will see China complete construction of the 500-meter Aperture Spherical Radio Telescope (FAST), which will supersede Puerto Rico’s Arecibo Observatory as the world’s largest radio telescope. In Hawaii, the team behind the controversial Thirty Meter Telescope, which had its construction permit revoked in December, will try to work out whether and how it can move the project forward. 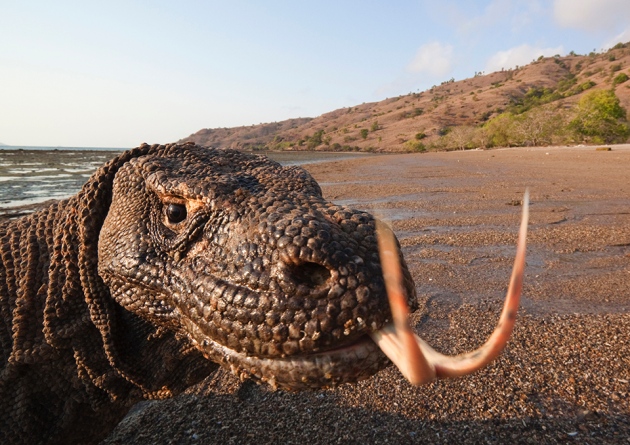 Komodo dragon saliva has been sampled for the Earth Microbiome Project.

The first results from an ambitious project to analyse the world’s microbial communities are expected this year. The Earth Microbiome Project, which launched in 2010, aims to sequence and characterize at least 200,000 samples of microbial DNA taken from everything from Komodo dragon tongues to soil in the Siberian tundra. The project promises to uncover unprecedented levels of biological diversity.

In November, the United States will elect a new president. If a Republican takes the White House, long-debated plans to bury nuclear waste at Yucca Mountain in Nevada may well resurface, and federal funding for climate and social science could face the chop. And if Canada’s Liberal government lives up to its pre-election promises, the country will get a chief science officer, who researchers trust will arrive with a drive to rebuild the depleted ranks of government scientists.

Neuroscientists hope to finally identify genes that are crucial to regulating the timing and duration of sleep but have been difficult to tease out, possibly because they also have other functions in the brain. Pinpointing these genes could shed light on sleep disorders and some psychiatric illnesses, which scientists now realize are linked to highly disrupted sleep patterns.

Let there be light

The SESAME (Synchrotron-light for Experimental Science and Applications in the Middle East) facility will switch on in Jordan towards the end of 2016. The ring-shaped particle accelerator will generate intense light to probe materials and biological structures down to the atomic level. It is the region’s first major international research facility, and a rare collaboration between governments including Iran, Israel and the Palestinian Authority. Support to build a similar facility in Africa is likely to gather pace. And in June, scientists will get to use bright X-ray beams at the world’s first fourth-generation synchrotron, MAX IV in Lund, Sweden.

After this article was published, one of our predictions was almost immediately dashed when NASA was forced to suspend its planned InSight mission to Mars owing to a technical fault. The text has been updated to reflect the fact that this mission will not now fly in 2016.