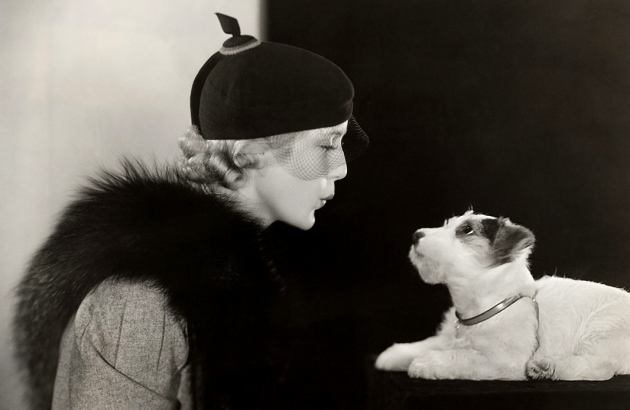 Every dog owner is familiar with the ‘puppy dog eyes’ expression. As the inner brow lifts, the eyes get bigger and bigger … It’s tempting to interpret this as a plea from a sad dog for a scrap of the family dinner. Now, a small study provides support for the idea that dogs do indeed produce facial expressions to communicate with people — although perhaps just to engage us, rather than to manipulate us.

The dogs in the study produced more than twice as many facial expressions (‘puppy dog eyes’ was one of the most common) when a researcher was facing them than when she was turned away. But it didn't seem to matter whether she also held food. Earlier studies have shown that seeing food is more exciting to a dog than is social contact with a silent person, so something other than the dogs’ emotional state must have been responsible for the effect.

“Dogs make their eyes more attractive to us while we are watching, not just when we are in the vicinity or in response to food,” says Brian Hare, a cognitive neuroscientist and co-director of the Duke Canine Cognition Center at Duke University in Durham, North Carolina. “This is fantastic work.”

The study, published on 19 October in Scientific Reports1, adds to a growing body of work that shows how sensitive dogs are to human attention. It also provides the first evidence in a non-primate species that facial expressions can be used actively to communicate, says psychologist Juliane Kaminski at the Dog Cognition Centre at the University of Portsmouth, UK, who led the research. Researchers had previously assumed that such expressions are an involuntary reflection of an animal’s emotional state.

Kaminksi and her colleagues studied 24 pet dogs of various breeds (including 10 mongrels) and ages (from 1 to 12 years). Each dog was tied with a lead in a quiet room, with a video camera trained on its face. An experimenter, to whom the dog had been introduced, stood a metre away.

Their facial expressions were analysed by the Dog Cognition Centre’s Bridget Waller, using a system she helped to create, called DogFACS. It is based on the Facial Action Coding System for people, which identifies observable facial changes associated with underlying muscle movements. Although the ‘inner brow raiser’ expression signifies sadness in people, there’s no evidence that it indicates sadness in dogs, she notes. But humans tend to find it appealing.

Kaminski cautions against concluding that dogs use the expression to communicate any specific message, however. “Seeing the food plus seeing the human being attentive does not make the dogs want to look super cute.”

It would be interesting to determine whether dogs modulate these expressions based on the identity of the person, says Gregory Berns, a neuroscientist at Emory University in Atlanta, Georgia, who has used brain scans to explore dog behaviour. “My impression is that dogs frequently attempt to communicate with us humans, but we are not very good at recognizing the signs.”