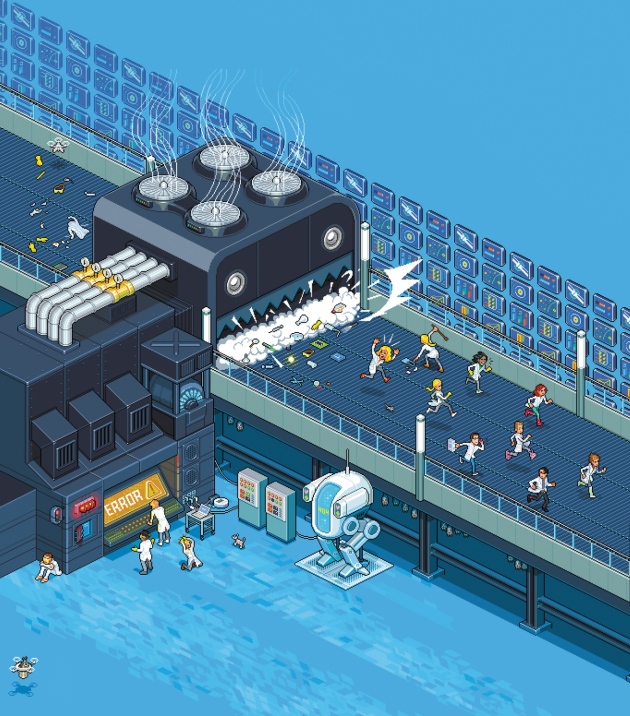 Young researchers aspire to explain the world and fix its problems — but they are increasingly finding their ambitions thwarted. The challenge comes from the scientific enterprise itself. Grants and permanent positions are scarce, and administrative burdens can be crushing. Scientists, when judged on steady funding or publication streams, pursue projects that are certain to produce a ‘publishable unit’ even if they do not address big questions. Ultimately, this is bad for science and scientists alike.

Two researchers – separated by a couple of decades – describe their experiences of beginning a scientific career.

This issue attempts to give young scientists a voice. An infographic helps to explain the pressures: funding for basic science has been level or is declining in most countries, but the number of scientists seeking funds has grown. This means that scientists are putting time into preparing grant applications with a lower chance of pay-off. That burden is felt most acutely by young scientists, who often lack administrative experience and resources. A News Feature tells the stories of three researchers as they have fought to establish their labs, highlighting the relentless struggle to secure grants and publish more papers.

What’s to be done? In a Comment, four researchers recognized for their innovation propose ways of enabling scientists to pursue promising ideas. They recommend accommodating shifts in research focus, and accepting the temporary interruption in research outputs that such pivots entail. And two sets of academic administrators describe efforts to wean promotion committees away from an undue focus on paper counts.

The Careers section presents voices from three erstwhile researchers who have each left the bench to fix the scientific enterprise. But as an Editorial argues, it is up to everyone — young and old — to ensure that the next generation of scientists is not lost.