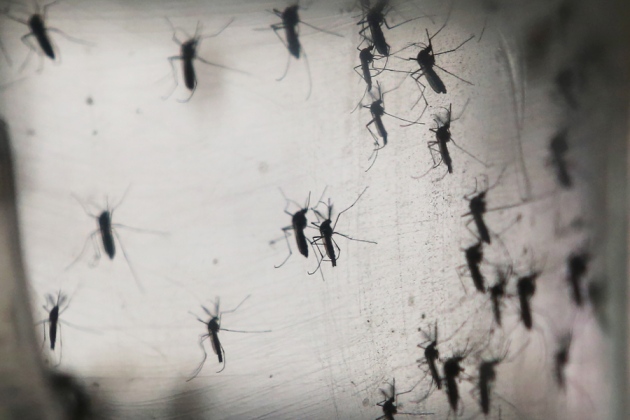 The Aedes mosquito is responsible for spreading the Zika virus.

The World Health Organization this week declared that clusters of birth defects suspected of being linked to an epidemic of Zika virus in the Americas constituted a “public health emergency of international concern”. Beyond the practical imperative to better control the mosquitoes that spread Zika and other diseases, the most urgent priority on the ground is research to answer basic, but crucial, questions, including whether the birth defects are caused by the virus, and if so, how frequently.

Alarm among media and politicians that the Zika virus is poised to cause a pandemic of birth defects has reached fever pitch — with some headlines even screaming that it could be worse than Ebola in West Africa. But, as in the early stages of any epidemic of a new or re-emerging virus, there are challenges in dealing with the uncertainties that inevitably arise from huge gaps in our knowledge.

A calm and cautious approach to assessing the threat is advisable, and so is avoiding unhelpful hype and hysteria, or jumping to premature conclusions. Health authorities must, of course, not wait until all the facts are in before taking action, and are right to recommend, out of an abundance of caution, measured precautions to protect pregnant women and their fetuses in the face of a perceived potential threat.

The Zika virus is transmitted mainly by the Aedes aegypti mosquito, which also carries the dengue and chikungunya viruses. It is unusual in that it has evolved to breed in urban areas in small pockets of water such as in discarded tyres and pot-plant trays. It feeds exclusively on human blood, and during the day, making it a formidable disease threat across huge swathes of tropical and subtropical regions. To a lesser extent, at least so far, Zika can also be spread by Aedes albopictus, whose distribution reaches far into temperate zones.

First discovered in a monkey in the Zika forest of Uganda in 1947, the virus has until recently been little more than a scientific curiosity. Around 80% of those infected seem to show no symptoms, and the remainder have no more than a mild illness that gets better by itself in a few days. Originally restricted to small outbreaks in Africa and Asia, the virus fanned out to the Pacific in 2007, and since last year has — like dengue and chikungunya before it — spread rapidly through the tropical and subtropical regions of the Americas.

Concerns that this mild clinical picture may not be the whole story first arose last October, when doctors in Brazil reported that a large epidemic of Zika seemed to be associated with a spike in the number of cases of microcephaly, a serious congenital malformation in which fetuses and newborns have unusually small heads and brains. Brazil officially reported just 147 cases of microcephaly in 2014; since October it has recorded more than 4,000 suspected cases. 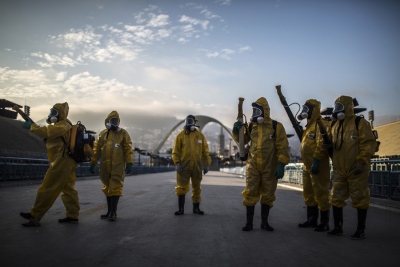 Fumigators working in Rio de Janiero, as part of the Brazilian Health Ministry's efforts to eradicate the Aedes mosquito.

The apparent steep rise is terrifying, especially for pregnant women and their families. But is it real? The 147 cases reported in Brazil in 2014 are surely a vast underestimate. Even using conservative estimates, the annual frequency of microcephaly in the country should be around an order of magnitude higher.

Moreover, since October, Brazilian authorities have launched an intensive search for cases of microcephaly. As we report, that scrutiny will turn up many cases that would otherwise have gone undetected, and the broad screening criteria used mean that many of the suspected cases will inevitably turn out to be false alarms.

At this stage, we simply do not have enough epidemiological and clinical data to fully assess how much of a threat Zika poses. Gathering this information must be the priority. It is incumbent on researchers and authorities in Brazil and other countries affected by Zika to put aside competition for papers, or concerns about making data public, and publish all available epidemiological and clinical data as soon as they are gathered and analysed.

“Zika virus yet again highlights the problem of how best to prepare against emerging diseases that may — or may not — pose a threat.”

It will be particularly crucial to establish the scale of any increase in birth defects that is attributable to Zika. It would be something of a relief, for example, if Zika was quickly found to be unlike rubella (German measles), which infected millions of people and caused tens of thousands of birth defects in the 1960s in the United States alone. Even though a cheap and effective vaccine has now largely wiped out rubella in richer countries, the disease still causes birth defects in some 100,000 babies worldwide every year.

Until better data become available on Zika, we should hope for the best, but prepare for the worst. Circumstantial evidence is slowly accumulating that the virus may be associated with birth defects; it has been found in the amniotic fluid, placenta or fetal tissue of a small number of those affected. Also, although hard data are crucial, so too are the first-hand accounts and perceptions of clinicians who treat babies with microcephaly. They might be subject to some confirmation bias, but the clinicians are reporting a clear signal in Brazil that something could be amiss.

More broadly, the Zika virus yet again highlights the problem of how best to prepare against emerging diseases that may — or may not — pose a serious threat to public health. Gaining ground is the sensible idea that it would be a relatively inexpensive insurance policy to develop experimental treatments, and above all vaccines, against an array of potential threats.

The most important immediate step is to attack the Aedes mosquito vector. Effective vector control is not easy, but an all-out campaign is in any case long overdue. Even if the threat of Zika turns out to have been overrated, concerted action now would have valuable pay-offs in reducing the burden of the established disease threats of dengue and chikungunya in the Americas.