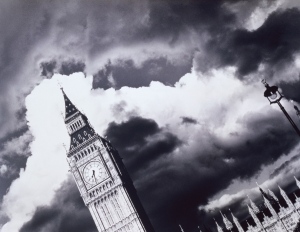 A focus on important questions relating to science policy aims to ease the often rocky relationship between policy-makers and scientists.

A series of bitter disagreements between scientists and policy-makers has prompted a group of researchers to create a list of 40 “key unanswered questions” in an attempt to ease tensions by setting an agenda for future work.

Led by scientists at the University of Cambridge, UK, the group — comprising more than 50 scientists, policy experts and policy-makers — presents the results of their attempt to “identify the most important outstanding questions” in PLoS ONE1.

William Sutherland, a biologist at the university, cites rows over the risks of the transmission of bovine spongiform encephalopathy (BSE) to humans and the dangers of illegal drugs (see 'Sacked science adviser speaks out') as examples of the “serious problems” in the links between policy and science.

Participants all submitted questions — totalling 239 — and then voted for the 50 they considered most important. A workshop in Cambridge saw those questions whittled down to the 40 presented in the paper.

Taken as a whole, says Sutherland, the questions could help those working in the area to understand where focus is needed in the future, to help to avoid some of the problems that have occurred in the past. He acknowledges that the exercise was “UK-biased”, but adds that many of the questions will apply in many different communities.

Robert Doubleday, who studies science and technology at the University of Cambridge and took part in the work, adds, “We don’t claim it’s definitive. It’s an open invitation for a wider discussion of this area.”

James Wilsdon, a researcher at the University of Sussex’s Science and Technology Policy Research unit in Brighton, UK, who was not involved in the exercise, says the paper is “very valuable and quite unusual”. Having such a “comprehensive list” should prove useful in future, he says. “We need to encourage more of the culture of this kind of reflection.”

But Sheila Jasanoff, who studies science policy at Harvard Kennedy School in Cambridge, Massachusetts, finds it “troublesome” that the new paper uses the terms ‘science’ and ‘policy’ uncritically, and assumes throughout that there is a distinction between them. Often, the two are not separable, she says.

Jasanoff adds that there is so much underlying disagreement about the links between science and policy that it is difficult for a set of questions such as these to make sense in the abstract. “There is a surface consensus here which is probably misleading,” she says.

Jennifer Kuzma, a science-policy researcher at the University of Minnesota in Minneapolis, says there has already been much work exploring these questions and looking at case studies to find answers. “I do think the list is useful,” says Kuzma. But, she adds, “what needs to be done is more of a meta-analysis of the literature and the case studies that have already been done”.

Jasanoff makes a related point, saying that the answers to some of the questions are already known to some extent, although this is always being improved upon. “The big challenge is that most scientists and policy-makers remain blissfully unaware of all that we do actually know,” she says. “This is a failure of education, and maybe also of science communication.”