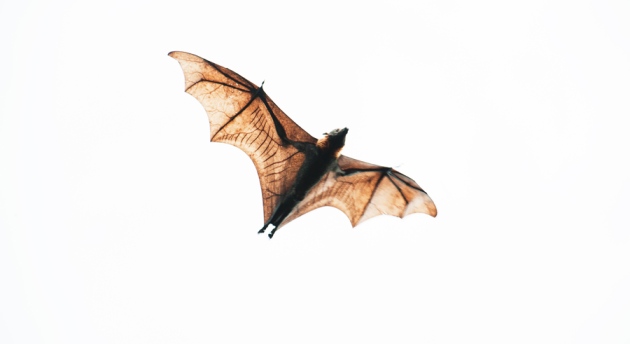 Of the 82 species of bats that are endangered or vulnerable, only three are preserved in the fossil record.

When Roy Plotnick thinks about species going extinct, he tries to envision how that might look to a scientist millions of years from now. Plotnick, a palaeontologist at the University of Illinois at Chicago, has launched an unusual thought experiment to consider whether animals that vanish today might never be represented in the future fossil record. He calls it the 'invisible extinction'.

Plotnick sat down with Nature this week at a Geological Society of America meeting in Vancouver, Canada, where he put these ideas forward.

What is the invisible extinction?

We’re in the middle of what is called the sixth extinction now. If we were to be looking back from a million years in the future, what would it look like? Would we know if species going extinct now had ever existed, if all we had to go on was fossil remains?

We started with the International Union for the Conservation of Nature (IUCN) Red List, with the various categories of threatened species, and decided to go with mammals. There are 715 mammal species on the list. We matched the Red List to various data sets that describe modern mammals, to see which species in the list are found in the fossil record.

Of the 715 species that are threatened, only 90 of them are represented in the fossil record. That’s about 13%. The rest of them will be gone without a trace.

But we have records of those species today, so how could they just vanish?

We assume a lot about the persistence of human recordings. Who can read an 8-inch floppy disk these days? The rock record is a much more persistent way of recording information. I’m a reader of science fiction, and I think about post-apocalyptic worlds. What would we make of what had happened in the long-ago past?

Which animals are most at risk?

It’s the small, cute and fuzzy ones. Things like rodents and bats. Body size is an obvious factor — bigger things tend to have a fossil record, as do things with larger geographical ranges. What is going to be lost are the endemics. You have much less chance of getting caught in the fossil record if you’re only found in one place.

One example is the chiroptera. Bats are in deep doo-doo — or deep guano to be more accurate. Eighty-two bat species are considered endangered or vulnerable, but only three of them are known as fossils — the giant vampire bat, which recently went extinct, the endangered Mexican long-nosed bat and the Indiana bat. You’re only going to get bat fossils when you have caves.

What about animals beyond mammals?

I would like to expand this to look at other groups, other terrestrial vertebrates. I suspect the same would hold true for birds — if you think about what has been lost in island bird species, most are probably not visible in the fossil record. The same is true for reptiles.

How do your ideas tie into the concept of an Anthropocene, a geological period marked by the influence of humans?

As a palaeontologist I think about the appearance and extinction of species — that shows how we do geological time. One big signal is the mass extinction of mammals in North America, Europe and Australia, when hunters arrived. That would be the stratigraphic marker.

Why should anyone care?

When I talk about global environmental change to my students, this is just as much a part of it as what is going on with climate. These animals will be gone and we won’t even know they existed. That has a visceral feel to me.