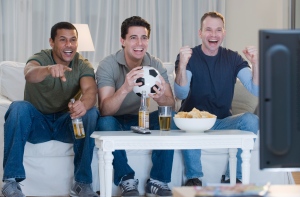 Men can breathe a sigh of relief — their sex-determining chromosomes aren’t going anywhere. A study of human and rhesus monkey Y chromosomes questions the notion that the Y is steadily shedding genes and is doomed to degenerate.

In fact, the version of the Y chromosome that every human male carries around has lost just a single gene in the 25 million years since humans and rhesus macaques shared a common ancestor.

“I think it should finally put an end to the speculation about the demise of the Y. Twenty-five million years is a big chunk of the history of the Y,” says Jennifer Hughes, a geneticist at the Whitehead Institute for Biomedical Research in Cambridge, Massachusetts. She and colleague David Page led the study, which is published online today in Nature1.

A brief history of Y

The Y chromosome emerged around 200 or 300 million years ago, in a common ancestor of most mammals. Males and females already existed, but their sex was determined by environmental factors such as temperature, rather than genetics.

This all changed when a gene called SRY evolved from a  related gene, SOX3. For reasons that scientists are still studying, SRY, and not the environment, now made males male. The chromosome on which SRY evolved became the first Y, and its former pair, home to SOX3, became the X chromosome.

Like normal pairs of chromosomes, or autosomes, the early X and Y chromosomes reshuffled their genetic material in each generation. Gradually the Y withered away, losing hundreds of genes and most of its ability to recombine with the X. The chromosomes now reshuffle their DNA at the tips only.

In a 2002 article in Nature, two Australian scientists examined the rate at which the Y has withered and estimated that it “will self-destruct in around 10 million years”2. Some mammals, including mole voles and spiny rats, have lost their Ys already, and sex-determining genes have emerged on other chromosomes. It seemed that this could be the destiny of the human Y.

Hughes, Page and their team published3 the sequence of the chimpanzee Y chromosome in 2010, and found vast differences between it and the human Y. Chimpanzees have shed many protein-coding genes in the roughly 6 million years since their lineage diverged from that of humans. But other parts of the chimp Y had been duplicated over and over again in that time.

Hughes theorizes that the amplifications endowed chimps with extra copies of genes involved in sperm production — a useful trait for a promiscuous species in which multiple males mate with fertile females. “If you have a chromosome that is really good at making sperm, it might not matter” that it has lost these other genes, she says.

Y is here to stay

Jennifer Hughes discusses her research with the Nature podcast team.

To gaze even further back into the history of the Y, Hughes and her team decoded the Y chromosome of the rhesus macaque (Macaca mulatta), which has a common ancestor with humans and chimps that lived around 25 million years ago. Macaques are promiscuous, and Hughes expected to see that the macaque Y had dropped some genes and duplicated others involved in making sperm.

“It couldn’t have been more different,” she says. The macaque Y contained just one gene that humans have lost, and that gene resides on a particularly unstable portion of the Y. The human Y has grown much longer than the macaque’s, but the genes were mostly the same.

“Those are the genes that give me confidence that in another 50 million years, the Y chromosome will still be there. They’re not going away,” says Scott Hawley, a geneticist at the Stowers Institute for Medical Research in Kansas City, Missouri. He suggests that the genes have stuck around because, without them, men would be infertile.

“I’m more worried about global warming than the Y chromosome disappearing,” says Hawley. “I’m hoping that this paper has settled this controversy.”

Jennifer Graves, a geneticist at La Trobe University in Melbourne, Australia, and one of the scientists to predict the demise of the human Y in the 2002 Nature article, commends the new study, but she still questions the Y’s long-term prospects. The human version is full of inverted DNA duplications containing both active and broken genes. Graves considers these duplications to be the chromosome's dying gasps.

“The Y could disappear tomorrow if another sex-determining gene were to arise on an autosome,” she says.