With consumption of painkillers soaring in the United States, policy-makers have noticed worrying trends in how the nation handles pain. In 2008, around 14,800 people died from overdosing on prescribed painkillers, often opioids based on natural resins in the opium poppy. At the same time, fewer than half of the 100 million Americans living with chronic pain are able to get adequate relief, even from strong opioid drugs like Oxycontin.

Spurred by the National Pain Care Policy Act, which is part of the 2010 Health Care Reform Bill, federal officials are working to come up with strategies to curb the rise in opioid abuse while improving the treatment of pain. This week, the US National Institutes of Health (NIH) and the US Food and Drug Administration (FDA) held a three-day meeting in Bethesda, Maryland, to discuss opioid use and efficacy, among other pain-management topics.

“This is an extremely difficult epidemic to combat because unlike cocaine or smoking, the substances being abused can be very useful when you need them,” says Nora Volkow, director of the National Institute on Drug Abuse. “It’s important that we look at the state of the science with respect to the use of opiates because millions of people are taking these drugs for chronic pain, but we don’t know how to prescribe them or how effective they are.” 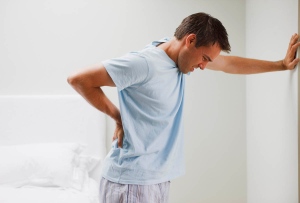 Patients with chronic pain can be prescribed opioid painkillers for months at a time, despite a lack of robust clinical data for their long-term use.

More Americans are addicted to oxycodone painkillers than to morphine, heroin and other opioids. Physicians often prescribe oxycodone after aspirin, paracetamol or milder opioids fail. One way to curb opioid abusers' habits might be to find a drug that reduced pain as effectively as oxycodone, but without inducing the pleasant emotions that some find so addictive. However, Josephine Briggs, director of the National Center for Complementary and Alternative Medicine at the NIH, says, “We are not sure if it is a reasonable goal to tease apart the property of opioids that relieves pain and the part that causes euphoric effects. In some ways, euphoria is the antithesis of suffering.” Suffering and fear, she adds, amplify pain.

Another issue is the ambiguity around just how effective opioid drugs are — a problem that stems from a crude concept of pain. Clinicians tend to diagnose a symptom according to its frequency and location, and according to its severity as rated by patients on a scale of one to ten. But severe pain derives from at least 20 neurobiological causes, says neurologist Clifford Woolf of Harvard Medical School in Boston, Massachusetts. Thus, he says, it is not surprising that only one out of every four patients with chronic pain feels significantly better when treated with any given opioid.

To eliminate the guesswork involved in writing prescriptions for opioid painkillers, Woolf says that researchers must learn to classify pain in more meaningful ways. Genetic biomarkers for pain aren’t ready for use in the clinic, so Woolf suggests tests that point at disrupted pathways. For example, patients with chronic pain who feel a burning sensation in response to a mild heat stimulus might have damage to a certain set of nerves.

Meanwhile, at the Bethesda meeting, none of the experts spoke with certainty on the long-term safety and efficacy of opioid use for chronic pain because all of the controlled clinical trials for such applications have lasted no longer than three months. Srinivasa Raja, the director of pain research at Johns Hopkins School of Medicine in Baltimore, discussed an observational study that combined data from patients with chronic back pain who took opioids for up to six months following clinical trials. Although the drugs remained beneficial, the study did not assess addiction, and many participants dropped out before the study concluded.

Given the lack of robust trials of these painkillers, anaesthesiologist Jane Ballantyne of the University of Washington in Seattle focused on observational studies and anecdotes in her presentation at the meeting. High oxycodone doses don’t seem to help patients who take the drugs for more than a year, Ballantyne finds. Clinicians need to know how to respond when a patient requests higher doses, she says. “Can we identify a cut-off dose that should become a safety standard?”

Because of the lack of high-quality data, Janet Woodcock, director of the FDA Center for Drug Evaluation and Research in Silver Spring, Maryland, says that the agency has considered restricting the use of potent opioids to patients with acute and cancer-induced pain. Judging from the patients who addressed the agencies at the meeting, that decision would be controversial. One retired colonel said that the OxyContin (oxycodone) he’s taken to dull the pain from his amputated leg has been essential to his quality of life over the past 14 years. By contrast, others relayed how years of painkiller use wreaked havoc on their lives.