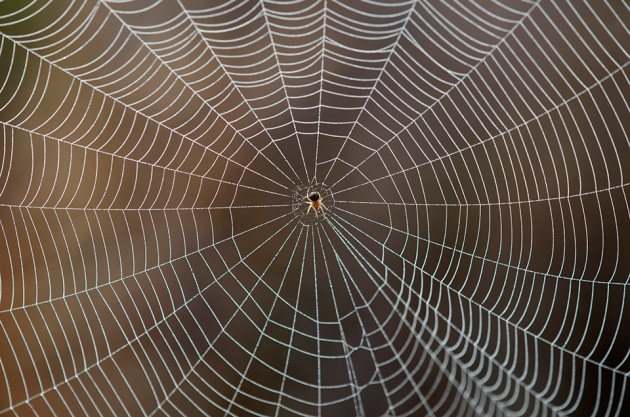 Spider’s silk is just one of the natural products that synthetic biology firms are trying to replicate using microbes.

In 2012, Emily Leproust was trying to raise money to start Twist Bioscience, a company that aimed to synthesize DNA more quickly and more cheaply than existing methods allowed. But many investors were spooked by the perception that synthetic biology — the engineering of microorganisms to make useful products such as drugs, food ingredients and materials — would not turn a profit. “It was a lonely time,” Leproust recalls.

Three years later, Silicon Valley’s big fish — technology investors with billions of dollars at their disposal — have finally ventured into synthetic biology’s small pond. Scared away from conventional biotechnology in past by the risky and expensive prospect of drug development, they are now lured by what they see as synthetic biology’s huge market potential, plummeting operating costs, improved business models and an increasing emphasis on computing.

“The toolkit is evolved from where it was two years ago; synthetic biology is going through a digitization and automation,” says Nan Li, principal at investment firm Obvious Ventures in San Francisco, California. Li has coined the term ‘biobiotics’ for the current state of synthetic biology. “We see that this looks a lot more like a data and software problem, and we can understand that and get excited about that.”

Software tools and robotics have reduced the cost of all parts of the process, from creating a genetic ‘program’ to inserting it into a microbe and testing it in the lab. For instance, synthetic-biology start-up firm Zymergen in Emeryville, California, uses machine learning — computer algorithms that evolve in response to data — to guide the engineering of fungi and bacteria that perform industrial processes more efficiently. The company also depends heavily on robotic automation of its labs, reducing the need to pay human workers.

Zymergen and Twist Bioscience are among a global class of synthetic-biology firms that have raised a record-breaking US$560.7 million this year, including $227 million for companies that use the wildly popular CRISPR/Cas9 gene-editing technology, says John Cumbers, founder of SynBioBeta industry group (see ‘Money for microbes’). Overall, 24 newly created synthetic-biology companies have raised funding in 2015, compared to fewer than 6 in 2012.

Much of the work that goes into developing a synthetic-biology product is shifting to computers and robots. This means that as the sector grows, every dollar invested can produce more progress. “That reduces the cost for the venture capitalist who is having to put up the money,” says Matt Ocko, co-managing partner of the Data Collective fund and one of several investors who will speak at the SynBioBeta industry conference in San Francisco on 4–6 November.

The new generation of synthetic-biology companies also has the advantage of experience. Many of today’s founders are alumni of firms that struggled because they set their sights on huge, highly regulated industries that were hard to break into — such as pharmaceuticals or fuel.

Now, by contrast, start-up companies are focusing on niche areas where they can quickly bring products to market, such as speciality chemical, food, cosmetics and clothing industries — while hoping that opportunities will emerge to tackle other, bigger targets.

“People have come up with much more clever ways of generating revenue much faster,” says Derek Greenfield, a co-founder of Industrial Microbes, which aims to engineer yeast that can synthesize chemicals using methane as a raw material. Bolt Threads in Emeryville, for example, is making fabrics from yeast by engineering the cells’ metabolic pathways to mimic the processes used by spiders to make silk.

Other companies aim to use microorganisms to make rubber, egg proteins, rhino horn, vanilla flavouring, rose-scented extract or coffee more cheaply, more ethically or of higher quality. For example, coffee fermented by engineered microbes could replace a high-end brew made with beans harvested from civet faeces under conditions that some consider inhumane.

Long term, synthetic-biology businesses have the potential to achieve something more meaningful — and profitable — than another social-media site or cloud-storage service, says Jason Kelly, co-founder of microbial-engineering company Ginkgo Bioworks in Boston, Massachusetts. Like electric-car maker Tesla or commercial spacecraft company SpaceX, he says, synthetic biology could revolutionize economic sectors that are ripe for innovation — or even create new industries.

Li concurs. “As we understand more about the biology and limitations of these microbes, there’s a potential to create entire new product categories,” he says. “A lot of limitations that we take for granted can be stretched or pushed; there’s just a lot more levers to pull.”