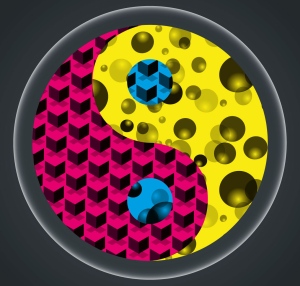 Synthetic biology is often described as bringing together engineers and biologists to build genetic circuits for some useful task. In fact, the field has engaged relatively few biologists. This is holding back its progress. We do not yet know enough biology to make synthetic biology a predictable engineering discipline.

To design these, engineers are trained to model systems as black boxes, abstractly linking inputs and outputs. They can often control a system with only a limited understanding of it. But synthetic-biology projects are frequently thwarted when engineering runs up against the complexity of biology.

Synthetic biology would benefit greatly from deeper insights into the mechanisms of biological systems. Such approaches have already yielded insights into how organized processes in cells work because of, rather than in spite of, noisy gene expression. Synthetic biology is also informing biology, helping to reveal how a gene product can amplify or inhibit its own expression and so allow cells to flip between stable states. Much more remains to be explored and discovered.

Over the past decade, many engineers have become interested in 'doing biology'. Although biologists need not feel compelled to 'do engineering', biologists and engineers should learn to learn from each other. We must overcome cultural differences and biases. We must move beyond dismissive, tribal comments such as, “Well, she's not a biologist” or “That's not engineering”. This requires time, outreach and retraining. But the pay-off will be more contributions that are more meaningful, to both basic biology and biotechnology.

Mary Maxon: Agree on a definition

Researchers, regulators, consumers and detractors in the United States cannot agree on whether synthetic biology is a new discipline of engineering or an extension of biotechnology. Debates abound over whether geneticist Craig Venter created artificial life using synthetic biology, and whether that term is just another name for genetic engineering. These ambiguities complicate discussions among scientists, hinder policy-makers, impede efforts to fund synthetic-biology research and thwart regulation that might build public confidence.

Emerging technologies that have more precise definitions have captured significant federal support, in terms of funding and policies. For example, the Networking and Information Technology Research and Development programme, created by Congress in 1991, is slated to receive funds of about US$3.8 billion in 2015, while the National Nanotechnology Initiative, created in 2001, could receive $1.5 billion.

The federal government already has an interest in synthetic biology. In its National Bioeconomy Blueprint, the administration of President Barack Obama included synthetic biology as one of a few technologies for which federal investments could yield economic outcomes through scientific advances. Practical applications spanned health, energy, the environment and food. In November 2013, Congress requested a briefing from the American Chemical Society about how synthetic biology might boost the economy and well-being, having previously asked in the 2012 appropriations bill that the Department of Energy submit a plan to assess the field.

Without a consensus on what synthetic biology is and is not, informed policy is difficult to set. If synthetic biology is the same as biotechnology, it is supported by other programmes, and so does not need a large-scale, federally coordinated effort. Congress is also unlikely to support the field if, as a March 2013 survey found, synthetic biology is perceived by the public as “unnatural, man-made, and artificial” with as many risks as benefits (see go.nature.com/xlkfmk).

US scientists should follow the example of the UK Synthetic Biology Roadmap Coordination Group, which published its report in July 2012 (see go.nature.com/yneivc). One year later, the UK science minister announced £60 million (US$101 million) in new support for the field.

Professor of biochemistry, University of Texas at Austin

The biggest challenge for synthetic biology is how to extend beyond projects that focus on single products, organisms and processes. Right now, most applications engineer bacteria that start a synthesis with glucose and turn out biofuels or fine chemicals, such as vanillin or artemesinin. A broader scope could help to build a 'greener' economy, in which more organisms make a greater range of chemicals.

The chemical industry is a marvel of efficiency, taking raw materials such as oil and converting them into a wide range of products, including plastics and pharmaceuticals. This is possible in part because feedstocks can be interconverted through various large-scale reactions for which catalysts and processes have been optimized over several decades.

Synthetic biology could unlock the large-scale use of carbon sources from lignocellulose to coal. Synthetic 'bioalchemy' would reformat the basic elements of life to take advantage of abundant supplies of formerly rare intermediates such as the nylon precursor adipate, which is used to synthesize antibiotics. Metabolic engineering is already capable of syntheses that use glucose or other standard carbon sources as precursors, but the co-culture of synthetically modified organisms would make these processes more efficient. The ability to engineer photosynthetic organisms might even allow light to be used as the ultimate energy source and carbon dioxide as the ultimate carbon source.

To bring engineered organisms into the chemical industry, the field must diversify the hosts and acquire a much deeper knowledge of metabolism and ecology so that microbes can be designed to operate on feedstocks much broader than the simple sugars they currently use. Many of the notions of standardization that have so far been the hallmark of synthetic biology will fly out the door. Manufacturing will come to rely on a new class of 'broker' who connects diverse feedstocks and organisms through new chemistries. Additional input: Hal Alper & Richard Murray 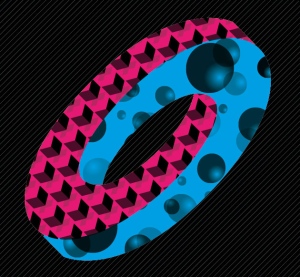 For synthetic biology to be useful in medicine, more and better tools are needed for work with mammalian cells. The tools that are now standard for bacteria are missing or underdeveloped for mammalian cells. (Similar challenges exist for engineering plant cells.)

To engineer bacteria, researchers can control recombination in genomic segments and also craft large segments of DNA (such as episomes and artificial bacterial chromosomes) to copy and carry out new genetic programs. For mammalian cells, making large chunks of DNA is a challenge, as is getting such DNA to behave properly in the cell. Most mammalian cells hold two copies of their genome, and expression within the genome is controlled in part by epigenetics: chemical markings on DNA and its associated proteins. Mammalian cells also contain specialized structures called organelles, and are programmed to form organized assemblies and to launch cell death.

This means that mammalian cells can provide greater complexity than bacterial cells. Mammalian cells could be engineered to carry out a network of metabolic reactions. Similar to a prosthetic leg or hand, prosthetic networks would perform essential functions. Implanted in the body, these designer cell communities would monitor disease-relevant metabolites in the blood and coordinate the production and release of a therapeutic compound as the body needed it. In mice, such systems have been successful at staving off gout and obesity.

Ideally, prosthetic networks would constantly adjust to the body's requirements, addressing the shortcomings of pills — inflexible units that give patients with variable needs too high or too low a dose. To make designer cells that produce the right amount of drug at the right time, researchers must be able to build better chunks of DNA, decorate them with appropriate epigenetic marks, and get both DNA and epigenetic modifications to persist even when cells divide. No matter how sophisticated the tools, bacteria will not be up to this task.

As synthetic biologists build ever more genetic parts, efficient design has become a major stumbling block. In a system with three components, many of the possible combinations can be explored experimentally, so a design does not need to be perfect. However, once the number of components exceeds five or so, it often becomes impractical to explore the relevant design space completely. Without a much greater effort, synthetic biology will be left with many clever parts, but only limited and inefficient ways to combine them.

When computer programmers create a software application, they do not write every line of code anew, nor do they select each machine instruction by hand. Instead, they reuse existing subroutines and libraries, and leave the job of selecting specific machine instructions to a compiler program.

Synthetic biology needs analogous tools. To make them will require better ways to characterize and tune individual parts across various conditions, such as a cell's growth state. Characterization must go beyond simple 'on' or 'off' categories to reflect a range of activities (see go.nature.com/hr8iu4) and to allow design tools to incorporate modules and parts that can function together. Such parts include insulating devices that prevent modules interfering with each other in undesirable ways or taking too heavy a toll on a cell's resources.

“A design tool should hide messy innards to let scientists focus on the logic behind a working system.”

A design tool should hide messy innards to let scientists focus on the logic behind a working system, rather than on the physical construction of its parts. For example, imagine a 'biocompiler' that receives programming instructions for integrated modules and automatically selects compatible genetic components.

Researchers working on such tools meet annually at the International Workshop on Bio-Design Automation. There are constant improvements in the approach to biological design challenges; still, much more progress is required.

Engineering life is not like engineering concrete or silicon. Bioengineers painstakingly craft a design, and a day later it has crumbled in the face of evolutionary selection. Synthetic biologists must learn to address this.

Ideally, designs should function for as long as possible. For that, we can carefully engineer the DNA sequence and use microbial strains that are less susceptible to mutation. We can even construct dual-purpose DNA: read in one direction, it drives the engineered pathway; read in the other, it drives some essential process. Because mutations in the dual-purpose DNA will disrupt the essential process, the cell can survive only if the engineered circuit is also expressed.

Another strategy borrows from nature. Long before human engineers, the bacterial virus phage λ evolved to stay undetected in its host for as long as possible. The virus subtly monitors its host by expressing a single protein at low levels so that the bacterium is barely affected. If the phage detects ill health in the host, it activates a program that ultimately kills the bacterium (and releases new phage particles). Engineers can use similar strategies to kill off cells if they are not performing as engineered.

Conversely, should an engineered organism escape the laboratory, we would like evolution to eliminate it. One could engineer a kill switch or even accelerate evolution so that engineered circuits are eliminated in the absence of some lab-specific conditions. But how these controls would fare in a natural environment is not yet fully understood.

Understanding engineered systems that evolve requires a marriage of disciplines that are not normally associated with each other, and grant panels and agencies are finding it difficult to judge these marriages. On the one hand, engineers may have little time for evolutionary theory; on the other, evolutionists may have little interest in engineering. But scientists must consider both together to get the most from synthetic biology.